Salamanders vs Forces of the Abyss - Pillage / Kings of War

Bank holidays seems busy with gaming these days and this B/H is no different with 2 games already under my belt in Fishponds (Vanguard and Blood & Plunder). The third game is a second Salamanders vs Abyssals, this time the Pillage scenario where we each sought to hold up to 3 objective markers.

Both sides adopted a very similar plan by placing their mobile strike units on the eastern end (Salamander right) with a solid infantry centre and a refused western end of mostly shooters. The objective markers were equally placed along the centre line. The central and eastern objectives looked the main focus of the action.

On the eastern side I had my AORs and Clan Lord with a banner to make them a fearsome -/20. The Abyssals had their Release the Hounds formation. 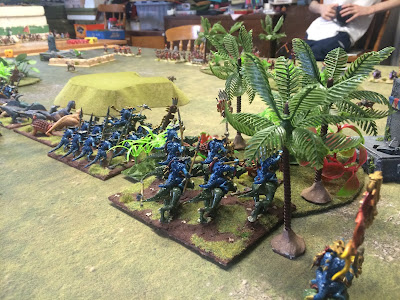 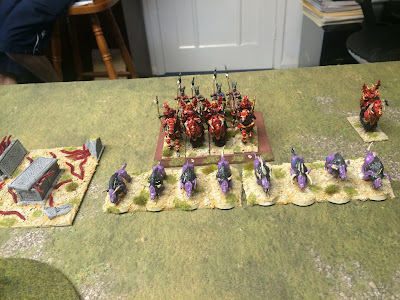 With deployment done I spotted that my refused western flank overmatched the Abyssals having my Skyraiders, Skylord, and Skinks. 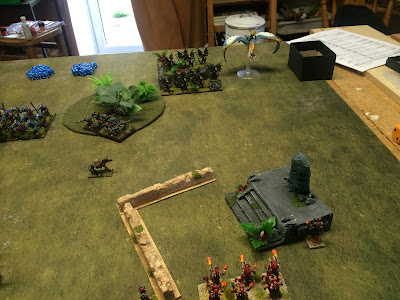 Both sides pushed forward at top speed with their central infantry line, while the Abyssals advanced rapidly with their flank attack. The Abyssals focused their attack against the eastern-most unit of AOR using first the Hellhounds and then the Abyssal Horsemen. The AOR hung-on grimly for 4 turns before succumbing. 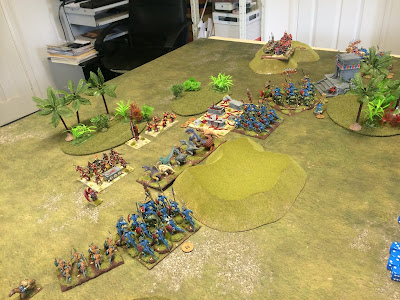 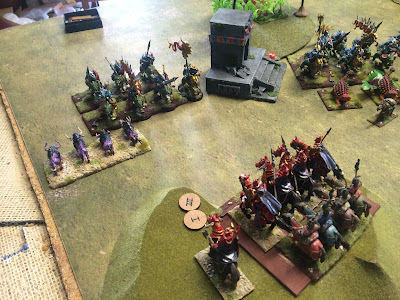 Centrally there was a bit of a grind but the Salamanders were able to decisively win the
western flank through heavy-duty shooting from the Skyraiders and a couple of timely charges from the Skylord. 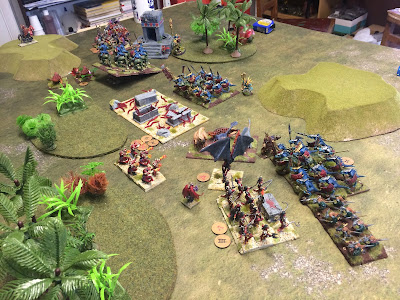 There as strong fight-back from the Ayssals and the Arch Fiend chewed-up the Skyraiders. By turn 6 only heroes remained on the western flank, leaving the objective uncontested. 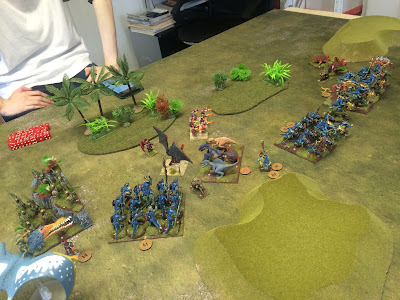 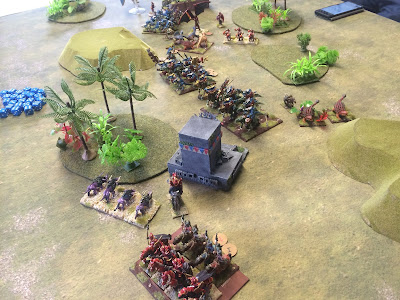 So a 2-0 win for the Salamander in turn 6. Another interesting game and a few new units for the Abyssals fielded. Perhaps an important factor was that the Abyssals flank attack took them a long way from the objectives and so prevented them influencing the outcome of the game. 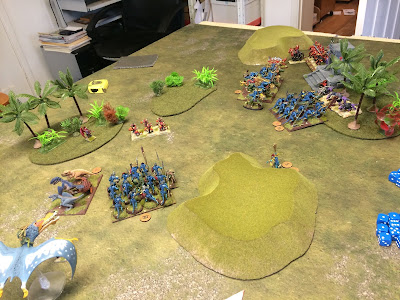