After a bit of a push during my week off and over the bank holidays, I've completed my Union forces for the upcoming ACW campaign. 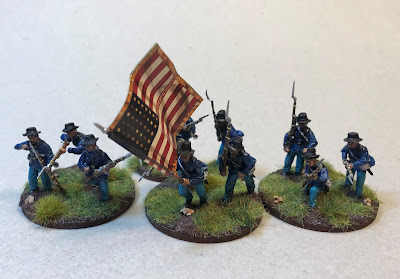 I now have a decent sized force of 6 * Infantry units (12 figs), 1 * Skirmishers (6 figs), 1*Medium Gun with limber and unit of cavalry (6 figs). That's enough for about 1.5 standard sized "Companies" in Rebels & Patriots.
I've also been busy producing some additional terrain. I've lots of the distinctive snake-fences in 15mm but had none for 28mm. I think I've managed to build about 15 foot from balsa wood  strips. 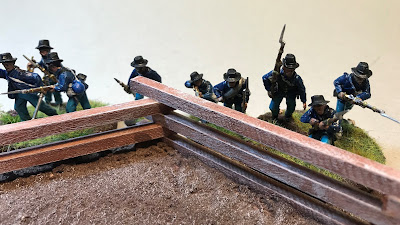 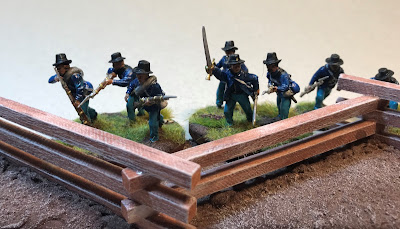 ACW is pretty quick to paint and so I've decided to also get some Confederates as it looks like we might be a bit short. So I've got enough on order, or already painted, for 4 * Infantry, 1 * Gun and 1* Cavalry. I'm hoping they arrive in the next week so I can crack-on and have them ready for the campaign start too.