Our first regular game of What A Tanker saw us take to the Eastern Front. The late war Russians are the only ones that can compete with the Germans on points and so allow you to field some of the heavy stuff. In this weeks game the aim to dominate the table and allow recovery of the Pz IV, which counts as 2 bonus kills. 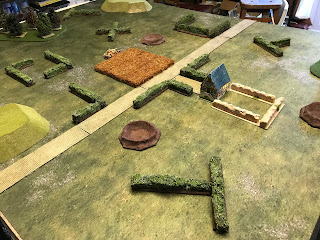 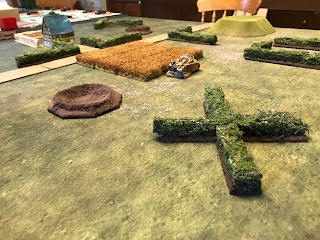 The Germans advanced cautiously into the table seeking cover, with the Panther sitting centre field in a fairly dominate field of fire. 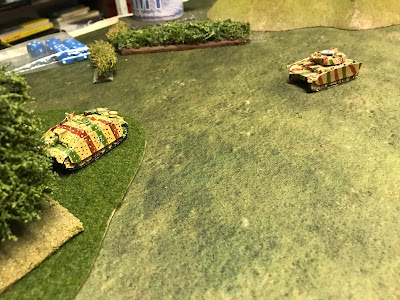 The early action saw lots of attention focused on the Panther - the downside of being able to see lots is you can be seen and three of the Soviet tanks spent the early rounds pounding away. No terminal damage but it did have its command dice slowly worn away. 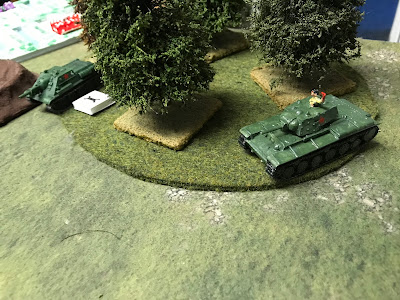 The SU-85 engaged one of the Pz IV's and managed to damage it, before the Stug tried a bit of hit and run to engage it and the KV. 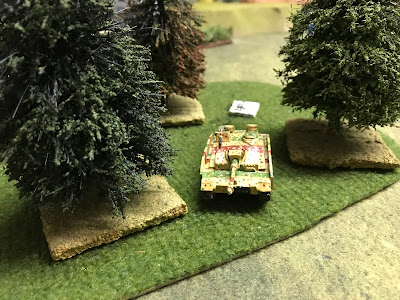 With the time running out the SU-95 made a late dash for the objective - accurate fire pushing back the Pz IV. The Panther finally ran out of command dice and so bailed out.  The Russians managed to get two tanks with 6" on the objective and claimed the points. 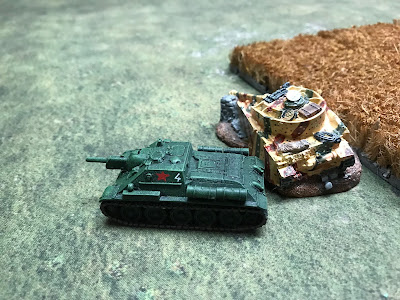 This left comrade Pavel on 2 kills and comrade Styard 1 kill. Finally  few shots of the battle boards we're using for the game - foam core over mounting board/ 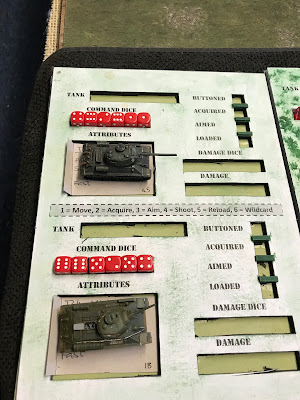 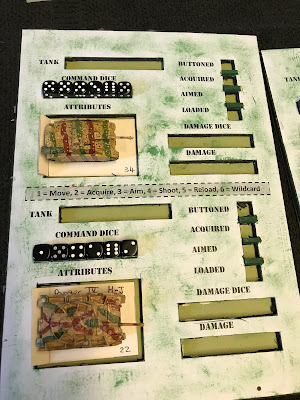