We find ourselves slightly between games as people are still painting for our planned ACW 28mm campaign, which I hope will start after the holiday period. So as a palette cleansers, and easy game to flex the size of, we're doing a few weeks of WWII tanks.

We're returning to What A Tanker from Two Fat Lardies. Its a slightly silly game as its armour only so it plays a bit more like a land dogfight than "real WWII". It is good fun though and quick to learn. This week we had a quick practice game with 3 * Sherman M4 vs a Hetzer and a Panzer IV.

The terrain was pretty open with a village in the centre of the board. The Germans headed straight for the village in an attempt to consolidate their forces. The British sent one Sherman into the village while flanking on both sides with the other two. 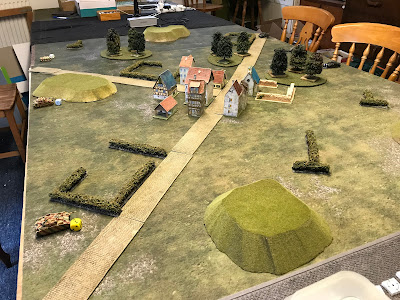 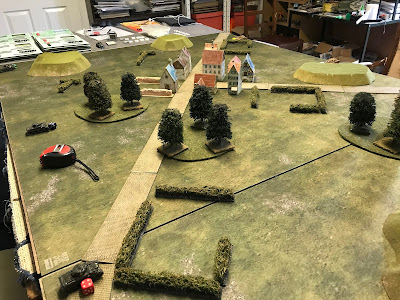 First blood went to the Germans as they destroyed the Sherman which had sped into the  village. The British hit back though, taking out the Panzer IV. 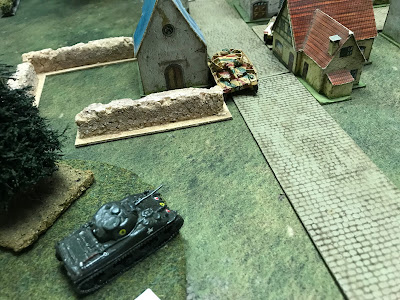 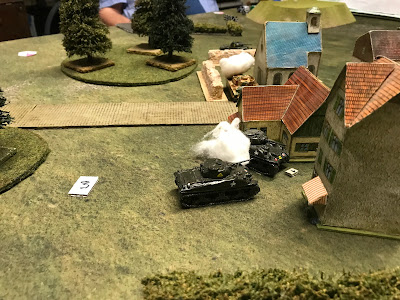 Both sides then manoeuvred for position in the village but were unable to get a killing blow before time was up. So one kill a piece. 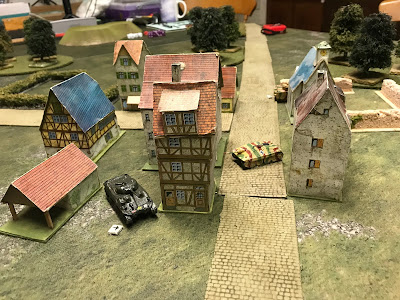 We (I) was a but rusty on the rules so good to have a trial game. The main issue to watch is being Unbuttoned vs Buttoned and the impact of that on spotting / shooting.