The final game of our colonial mini-campaign was Get Off My Land. In this scenario the British must patrol the table, looking to cover 8 points of interest. The Mahdists start with some troops on the table but the rest pop-up from behind cover. This was a double-sized game, so 48 points a side. 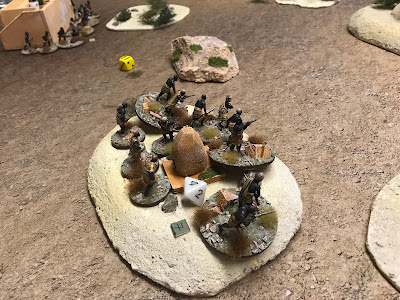 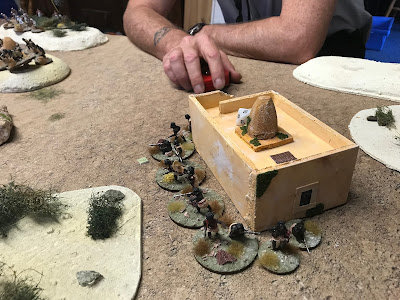 The Mahdists deployed several units of riflemen covering the objectives whilst the rest remained hidden, The British deployed in two columns, each containing a mixed-arms force.

The eastern column (mostly Egyptian) pushed quickly into the table rapidly capturing an objective and forcing the Mahdists deploy many of their units before the patrol areas where all covered. 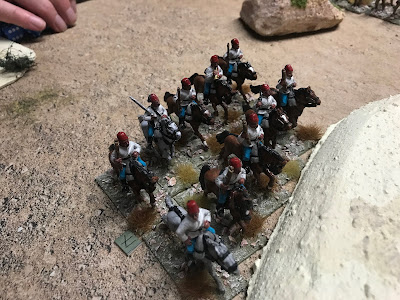 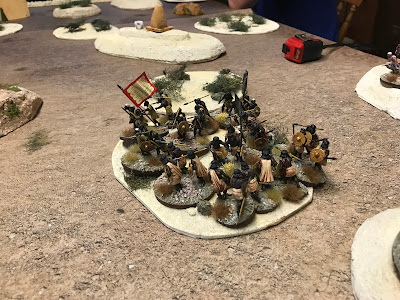 Fearing that they might be out manoeuvred the Mahdists launched a series of attacks in the east using both mounted and foot units. This proved highly effective as one unit after another was gobbled-up in the wave of Beja units. 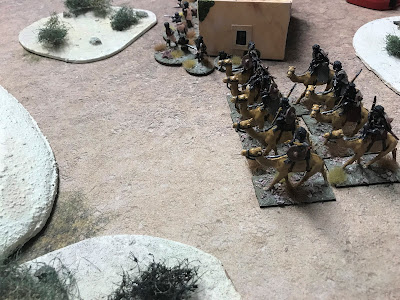 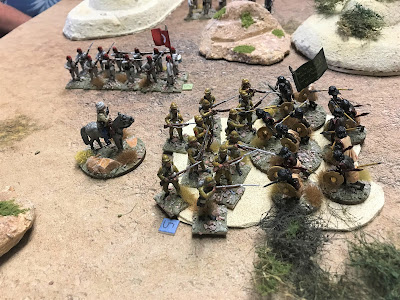 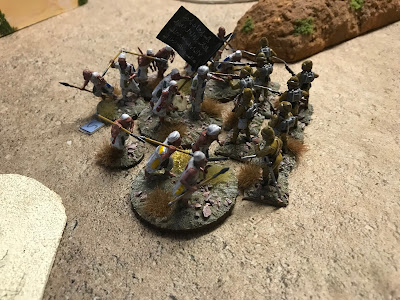 By about half way through the game the eastern British had captured 3 objectives but been largely destroyed by the Mahdists. 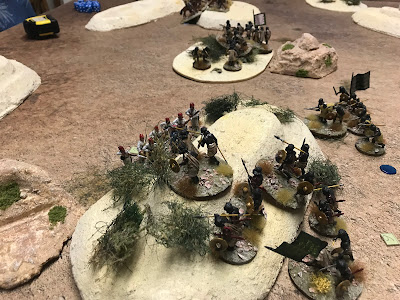 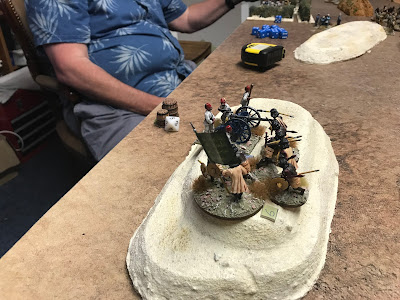 In the west the British adopted a more defensive posture using a zariba thorn hedge to protect their position. This led to a slow build-up of Mahdist forces in the area as they sought to achieve a critical mass before attacking.  A series of attacks was rebuffed by the British, which slowly ground-down the attacking Ansar units. 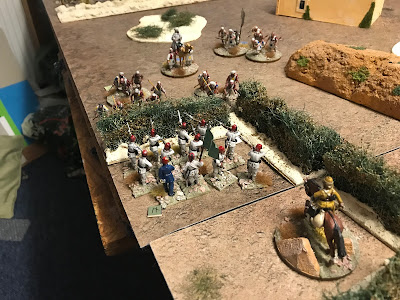 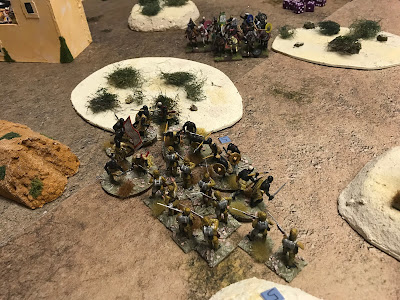 A brief foray by the 10th Hussars led to the destruction of a couple of enemy units but otherwise they made only limited attacking progress.

A game of two halves, but in the end a convincing Mahdists win due to the whole-sale loss of the British eastern column.