This week's game is certainly one that seems to favour the British forces - they are marching in column when ambushed by the Mahdists. Points are awarded for kills and Mahdists who escape,  giving them a chance to simply melt-away if things get too hot.

Unusually I found myself playing the British so went for a larger number of Egyptians so I could include  the recently completed Gendarme cavalry. The British lined up in column with the mounted skirmishing ahead. 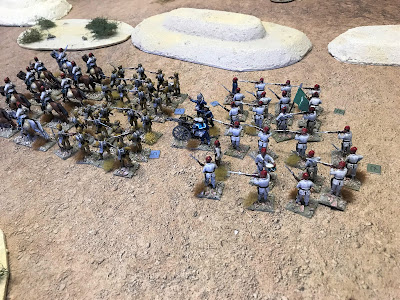 As the Mahdists appeared the British quickly formed a defensive position and awaited the attack. Mahdist sniping proved fairly effective and was able to pin a couple of units, creating a chance to attack. 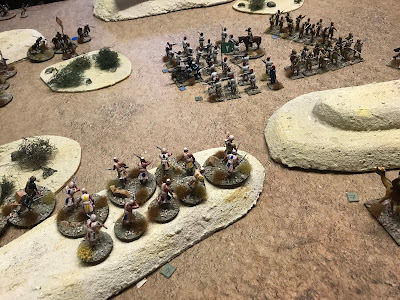 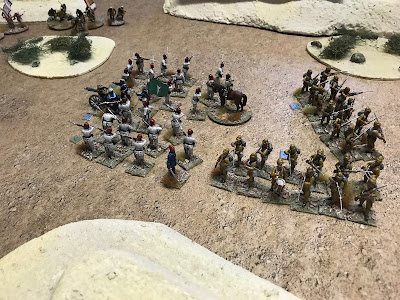 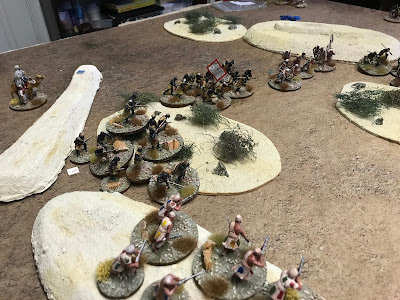 To relieve the pressure the Gendarmes staged a couple of charges to clear away some Mahdist units. They could not though prevent the Ansar from destroying the Gatling Gun and threatening to overrun the rear of the column. 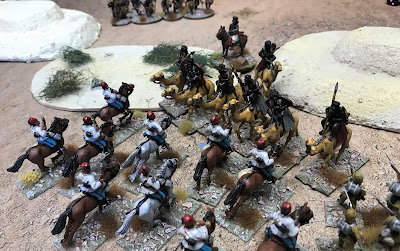 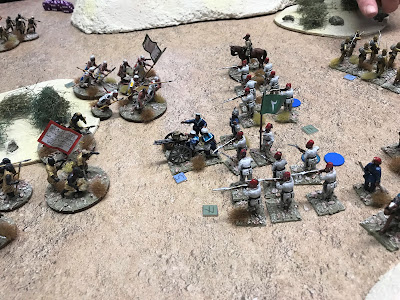 Some accurate shooting was just able to pin the lead Mahdist unit and beat-back the attack. British Win. 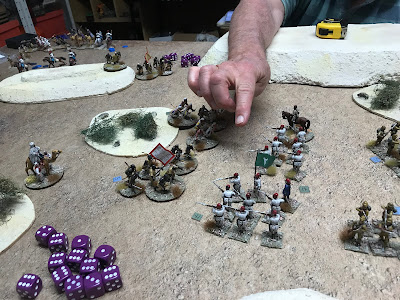 In this game the British also deployed in a tight square but with the Hussars looking to rnage further afield in spoiling attacks. Due to the room layout the Mahdists were only able to attack from 3 sides. 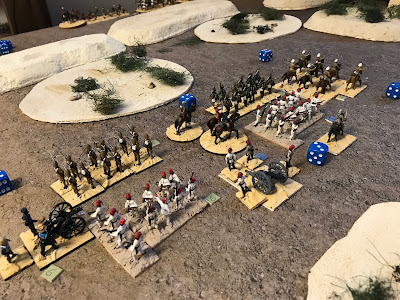 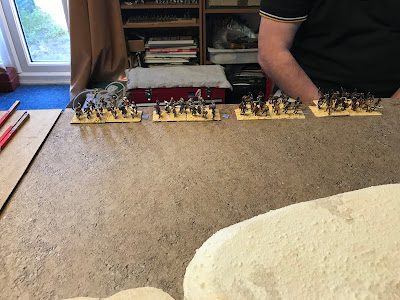 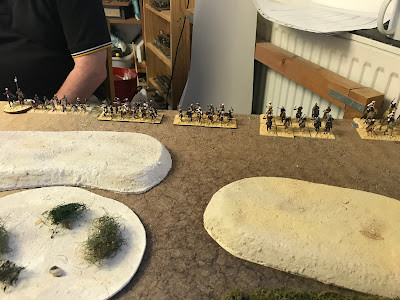 The square stood while the Hussars engaged the Mahdist cavalry to stop a complete encirclement. 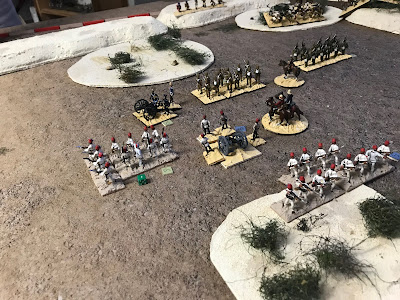 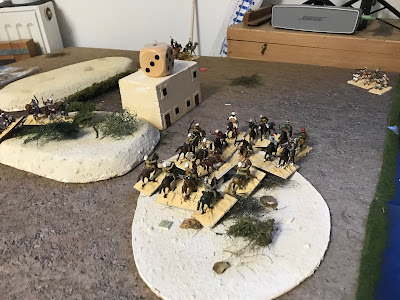 In the end the natives made little progress and were unable to get very close to the British, losing too many troops from shooting. British Win 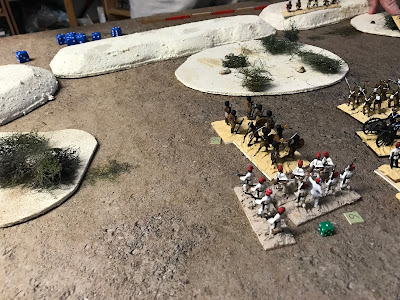