I'm very close now to completing enough figures for 2 * 24 point armies for The Men Who Would Kings. The final units for the British / Egyptians are some European officers and  a unit of Gendarmes.

Rudolf Carl von Slatin (Slatin Pasha) was a fascinating chap having found his way to the Sudan as a book seller before joining Gordon in Khartoum he survived a military campaign in Darfur, the fall of Khartoum, imprisonment by the Mahdists, escape, and finally the battle on Omdurman. He was knighted by the Queen but returned to his native Austria when WWI broke out to act as an advisor to the Emperor of Austria. He was friends with Baden Powell and founded the Austrian Scouts after WWI.

He enjoyed a rather shorter and less illustrious life and is best know for having his command wiped out at the Battle of Shaykan, where his head was cut off and presented to the Mahdi. Its a great figure though and the one I've selected to be me when I fight as the Imperial forces - hopefully I do better than Hicks!


In game terms this are being used as a unit of Irregular Cavalry, so 10 strong but more focused on shooting than Regular Cavalry. 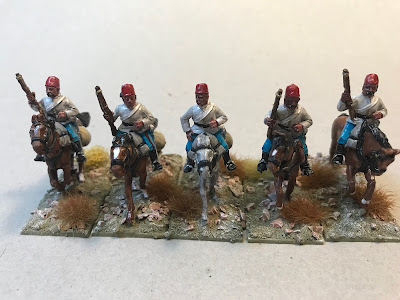 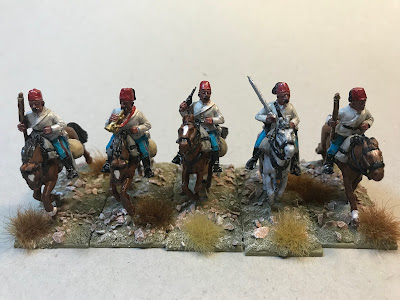 So that's my Sudan forces completed for now with two decent sized armies completed. Its a shame as I've really enjoyed painting them so I suspect I will end-up doing some more. The obvious next step would be some Camel Corps and some additional Mahdist cavalry.