In this game a Hetzer + Panzer IV battled it out with a T-34 and SU-85 in the bombed-out streets of a city. A pretty quick game this one, with the Germans winning 2 kills to 0 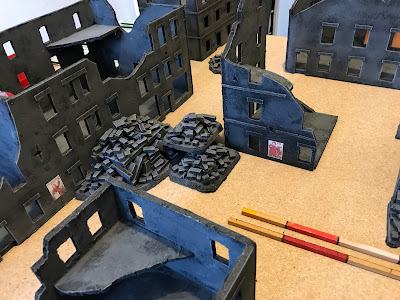 This scenario a little more involved - a bunker and Hezter guarded a strategic river crossing. a T-34 and a KV-1 had to try to destroy the bunker whilst also getting  at least one tank across the bridge. 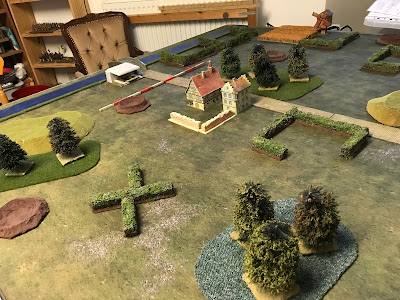 The Russians made a cagey start as they tried to eliminate the Hetzer whilst avoiding the bunker's 75mm gun. 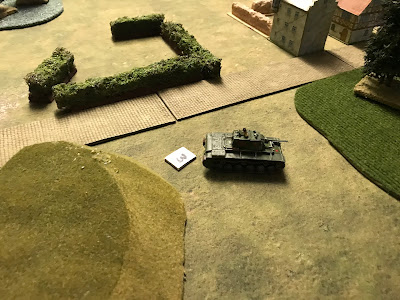 Once the Hetzer had been dispatched, the KV-1 was able to sneak around the bunker and nip across the bridge. The loss of the T-34 made this a 2-1 win for the Russians. 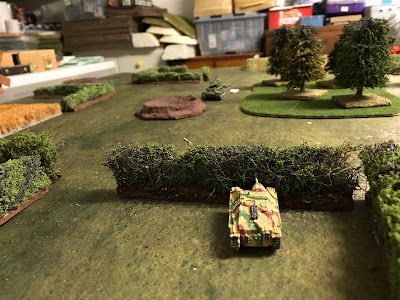 The final game was a tutorial game for two players new to WAT, with a couple of tanks a side. 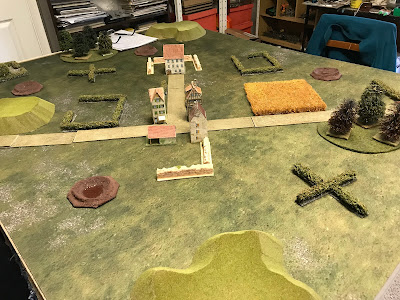 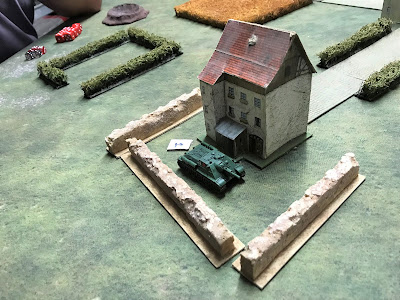 Both players proved aggressive but fairly poor shots. After a couple of hours play the Panzer IV was destroyed and the remaining Hetzer made a run for it . So 1-0 to the Russians 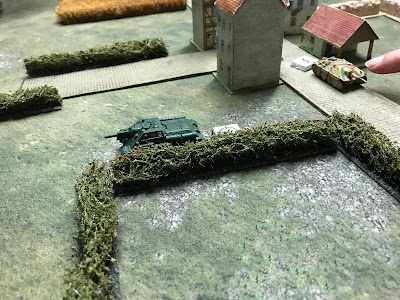