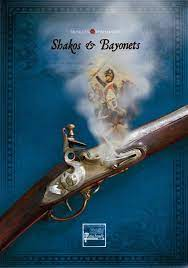 This weekend I popped over to Fishponds for a game of Shakos and Bayonets - a mass skirmish game using units of 6 - 12 figures, in this case 6 units a side. The game works through card activation with the twist that your hand contains both yours and the enemies cards drawn randomly from a deck. The cards are for a type of unit (e.g. line infantry) and activate all units of that type.

Each time you play an enemy card you receive a command point as compensation, which you can spend later. There are "time" cards in the deck that must be played when drawn - once three are out you reshuffle the cards. So its possible, but pretty unlikely, that a unit will not get a go in a turn. Its more likely you will not get your four activations though as not all four of your cards may come out.

In this game both sides were trying to capture some wayward Spanish gunners and reunite them with their gun. The British (me) started with two units inside the village but most of the units further away than the French.

The early turns saw the French line pretty immobile while I took some pot shots at them and pushed up my reserves. The main French attack was on the flanks where their Voltigers and Hussars advanced.

A quick charge by the Light Drgoons saw off the Hussars on my left and prevented any further French attacks on that flank.  Centrally though a couple of French volleys forced my chaps off the walls, but they were able to reform in the middle of the village. Some of my reinforcements threatened the French left flank. 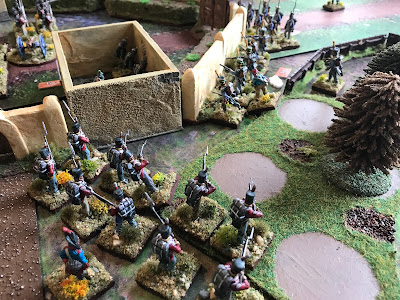 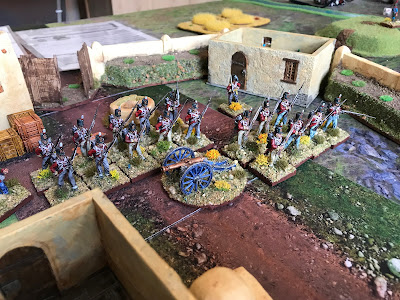 With my reinforcements pouring into the village I was able to push the French centre back from the walls and stabilise the position. 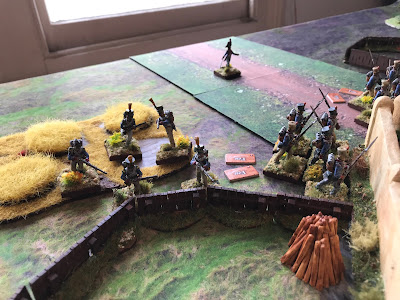 The coup-de-gras  was administered by the Light Dragoons routing the French Grenadiers and so threading to roll-up the right of their line. At this point we declared a win for the British as they had got two of the artillery men into the village with a third close by. 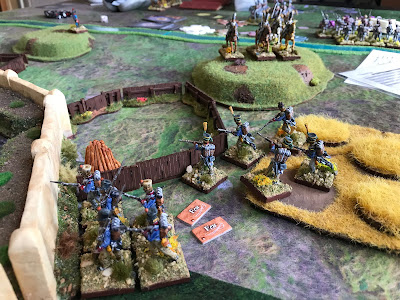 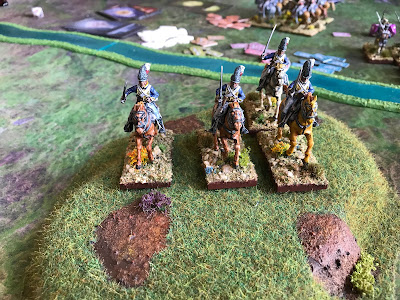 The game was mostly decided by the morale of the French and some low rolls (0 counts as Zero in these rules not Ten). The morale table is fairly linear with very few factors, so even a fairly fresh unit will find itself falling back from shooting if a 0 is rolled and in combat its very likely a rout.

We both rolled as decent number of 0's but mine were more for shooting and the French more for morale.

A fuller report is here