A pretty simple game this week - a Russian attack against German defenders.  The bridge and the damaged Panzer were objectives and each counted as a bonus kill. The Germans had a Hetzer & Panther vs a T34-76, KV1s & SU-85. 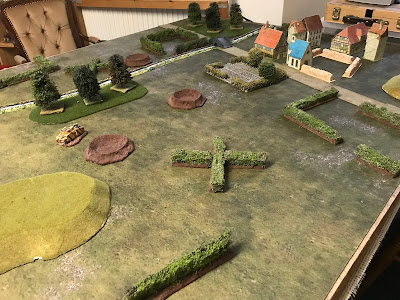 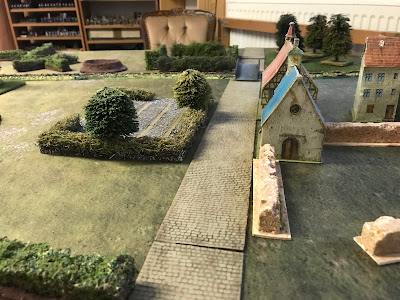 The SU-85 pushed quickly into the village. drawing the Panther from the woods near the bridge. The Panther managed a single shot (a miss) before the SU-85 scuttled off for the safety of the fields. A second shot damaged the SU'-85s tracks but it still found cover. 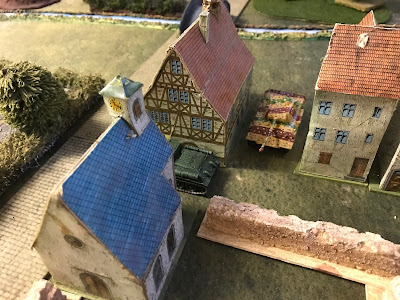 In the centre the KV1 and T34 cautiously advanced on the Hetzer as it sought to get a firing option by sneaking through the woods near the crippled Panzer IV. 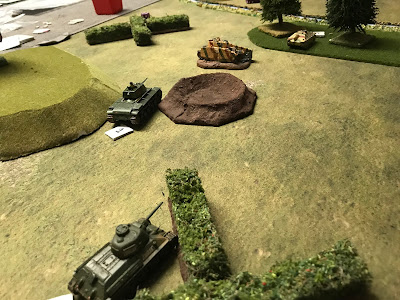 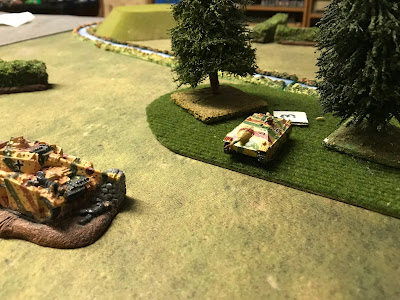 The SU-85 was able to get into a covered position and begin trading fire with the Panther. Its shooting proved more accurate and after a couple of rounds it brewed-up the Panther. The same fate befell the Hetzer as combined fire from the T-34 and KV also ended its battle. 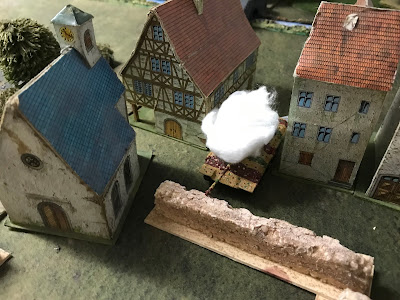 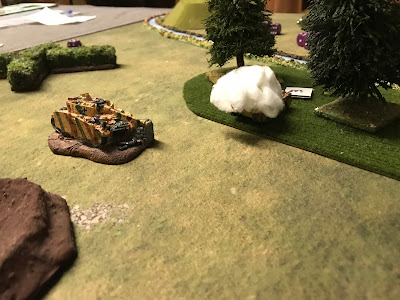