A couple of games this week, both in 15mm.

This was a re-run of one of last weeks scenarios where the Russians attempted to force a crossing guarded by a Hetzer and bunker. I commanded the Russians and used by favoured T-34 / KV-1 combo. 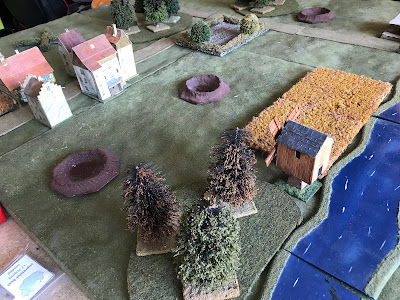 Seeking to avoid the bunker for as long as possible, I  moved both tanks through the village on the right flank. I used the KV to pin down the Hetzer while my T34 prepared to rush across the gap enfiladed by the bunker. 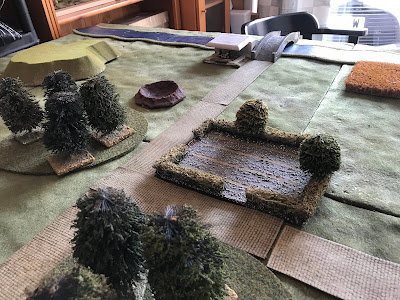 The dice fell perfectly for me allowing the FAST T34 to pull off a heroic manoeuvre where it bombed across the open ground, took a pot shot at the Hezter damaging its tracks, and then ploughed into a wood offering a flanking shot on the bunker. 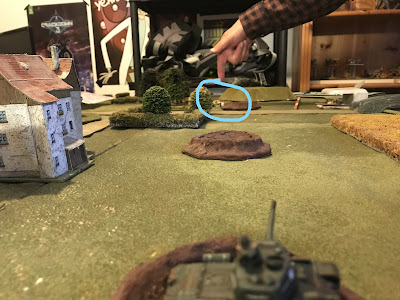 The action ended when the T34 was able to manoeuvre around the bunker and make it across the bridge for a 1-0 win to Russia.

We played this game through twice with  2 * Panthers defending an Italian village while 4 * 76mm armed Sherman M4s attacked them. There were two wrecked tanks as objectives so both sides could gain 4 kills. 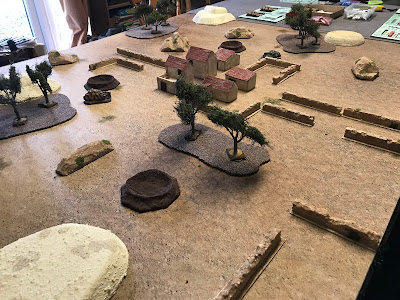 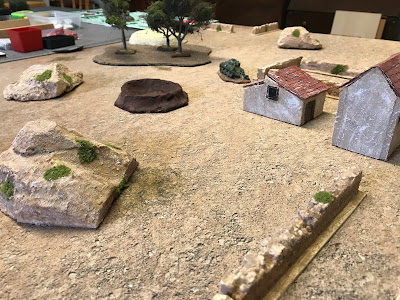 In the first game the Germans hung-back looking to exploit their larger guns to pick off the more vulnerable Sherman's, This was largely successful with the US losing 3 tanks before they withdrew.  German win 3-0 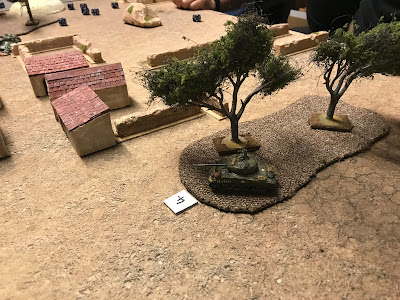 In the second run through the Germans deployed fairly centrally and advanced into the village looking to deny the Americans flank shots. They found themselves out manoeuvred and one was taken out in the narrow streets with only a single Sherman lost and one objective captured. US win 2-1 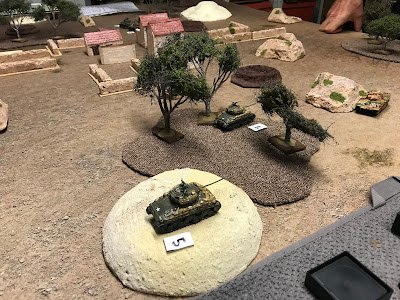