A brace of games this week, both in 15mm.

In this game both sides started at opposite ends of a valley, each trying to recapture a destroyed tank in the enemies deployment zone. 4 * Sherman 76's took on 2 * Panzer IV, 1 * Hetzer and 1 * Panther. Both sides advanced into the valley with the Panzer IV's occupying the centre while the Panther pushed forward to the objective. The Sherman's stayed together on the western / centre. 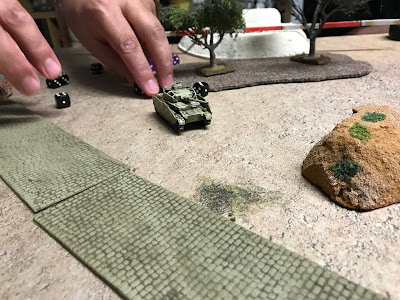 Some early fire favoured the GIs  as they took out the Hetzer and one Panzer IV, forcing the other to flee into the temple for cover. The Sherman's then focused most of their forces against the  remaining Panzer IV, eventually taking it out and capturing the objective. 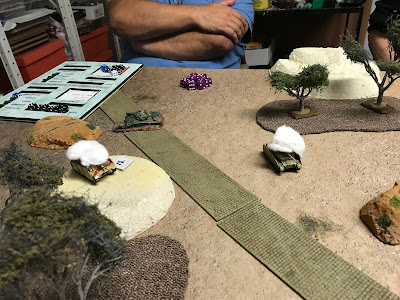 Meanwhile the Panther was able to capture the Germans objective. 4-1 win to the US 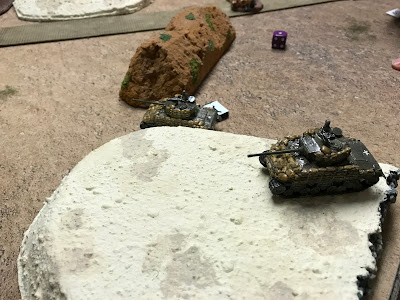 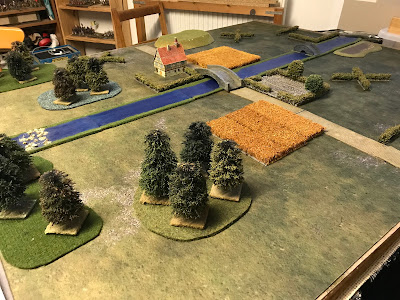 This was a very cautious affair with both sides reluctant to commit fully to rushing the bridge and end-up in the open. I think the only losses were a single Russian tank. 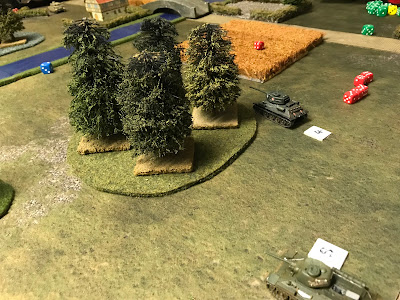 I missed the final score but I think the Germans held the bridge at the end so 2-0 German win.