For the final game of our WAT mini campaign, I rolled out a classic - Allied tanks hunting a Tiger. One game each set in Russia and Italy. In both games the Tiger and escorting Panzer III must try to capture and hold a crossroads. 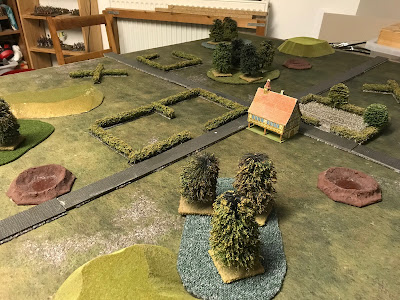 The Russians field 2 * T34-76, 1 * SU-85 and 1* KV1s. The Germans began by advancing cautiously into the table with the Panzer III going hull down on a small ridge. The Russians pushed up the flanks with the KV hanging back in cover to protect the village. 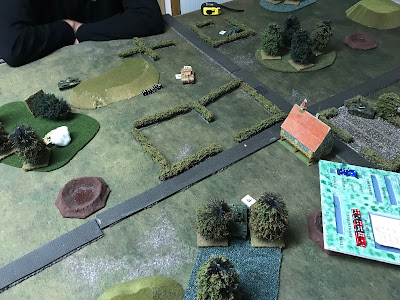 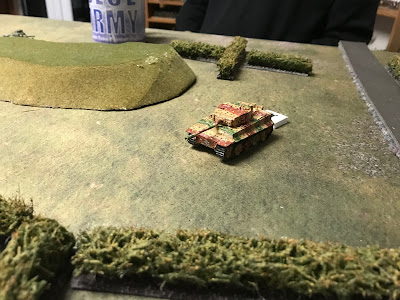 The destruction of the Panzer III forced the German's hand and so the Tiger ploughed forward in an attempt to capture the crossroads and dominate the position. It made it but found itself surrounded on all sides. 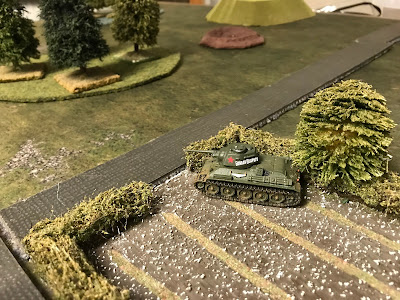 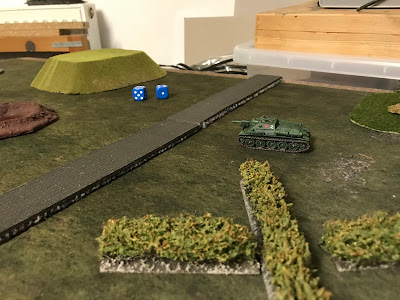 The Russians were unable to penetrate the Tigers thick armour but did wear away the Germans command dice, rendering them combat non-effective and forcing the crew to bailout. Russian win 2-0 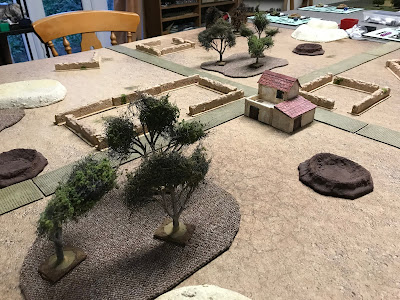 As we wanted to use the British for this game history had to be slightly bent to allow them Firefly's to have a chance against the Tiger. So they fielded 2 * Sherman M4 and 2 * Sherman Firefly.
The Germans advanced up the centre of the table and into some woods overlooking the village, taking out a Sherman in the process. 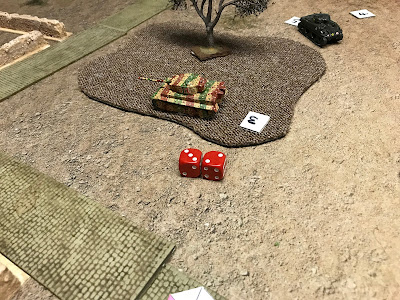 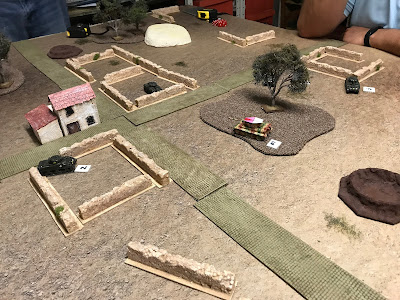 The British them manoeuvred for position seeking to isolate the Panzer IIi and get a rear shot on the Tiger. 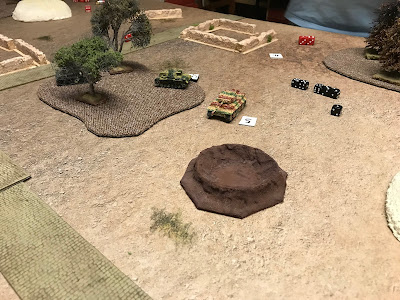 Eventually the Panzer III fell British fire but the Tiger still lurked around the edge of the wood looking for a clean shot and the Tommy's. 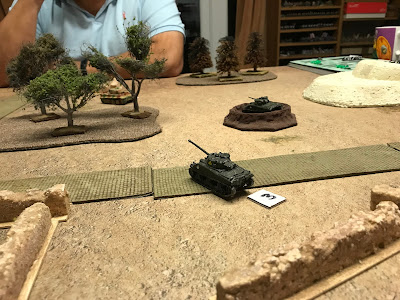 With literally the last shout the game a Firefly was able to blow-up the Tiger following some poor saving from the German player. So British Win - 2-1 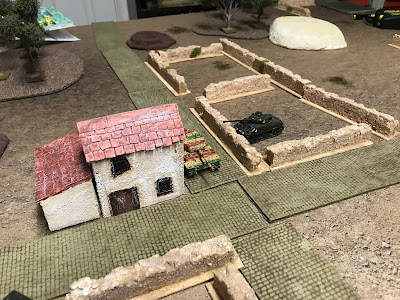 So the final kill totals for surviving tankers were: