This Sunday 30+ local gamers all gathered in Nothleach for the 3rd Cotswold Wargames Day organised by local gamer Keith Flint. His blog can be found here KEITH'S WARGAMING BLOG (keefsblog.blogspot.com)

There were 8 games this year and I think we peaked at 33 players. There was a strong Horse and Musket flavour to this year's games.

First up was a lovely looking AWI games all in 28mm Perry. It rightly won best terrain for its 12 foot table and would have been my pick for best game. It even featured some animated shooting effects. 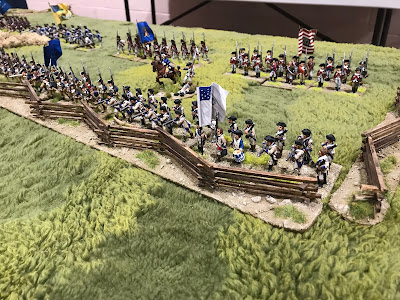 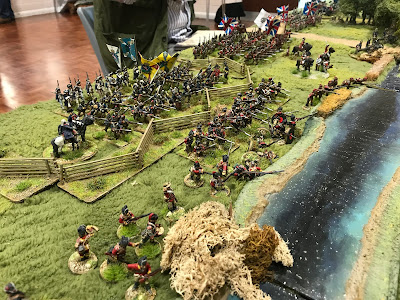 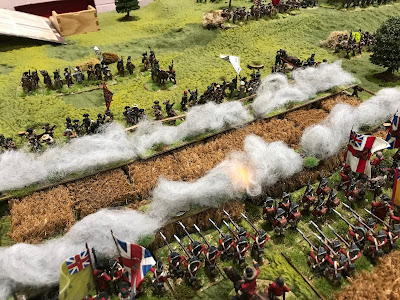 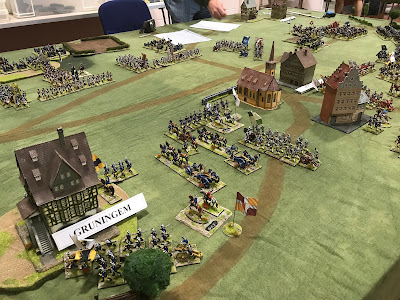 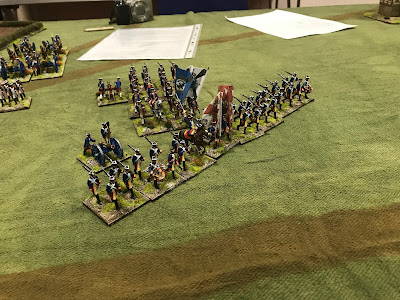 For those with less space there was a very pretty 10mm game with levels of painting that looked amazing. It was a 19th century game, but I forgot to ask the sides. Definitely Italians on one side from the flags. 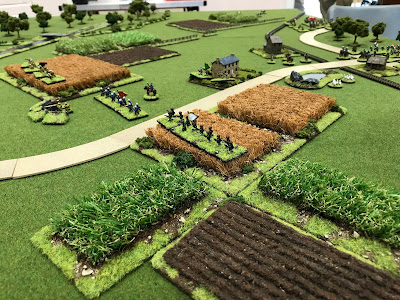 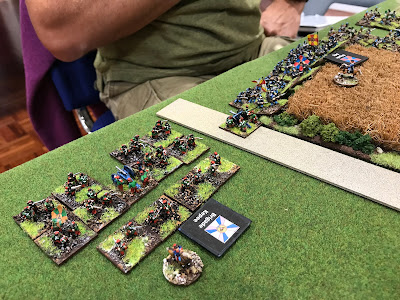 JP produced his usual monster game ably assisted by Charlie, with massed Prussian Lancers the most eye-catching feature. His YouTube channel will have more details I'm sure. (602) J P - YouTube 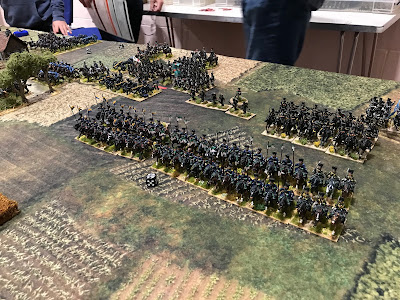 Dr Dave and friends staged a Sharp Practice game set in Spain with some really nice terrain and I think they resisted including the eponymous hero. 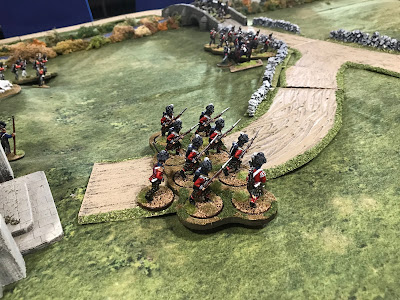 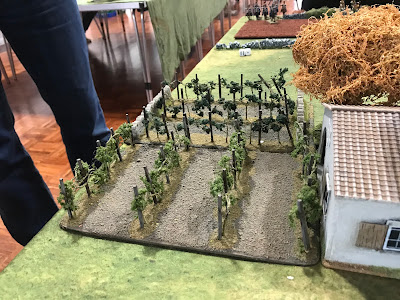 The side room, or desert room, had two ancients' games both set in the middle east. In the first Babylonians battled it out with a huge number of chariots and the second was the Battle of Kadesh. 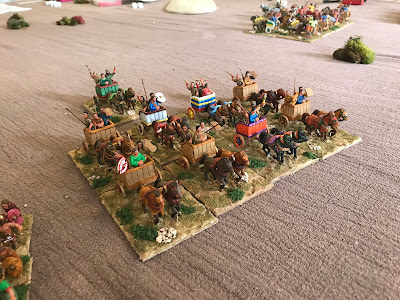 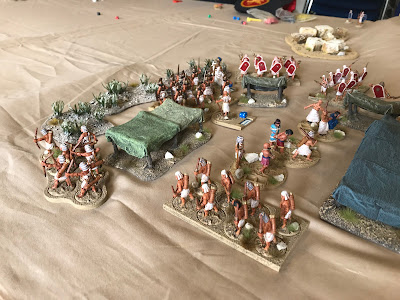 Back in the main hall we had a WWII 1/72 game set in Russia with lots of lease-lend Churchills employed by the Soviets. 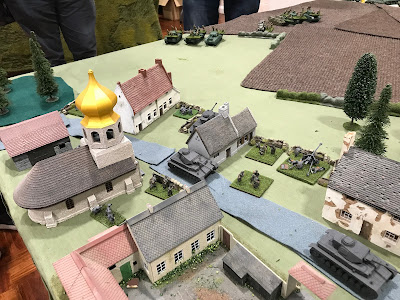 Finally, our own game - the Battle of Walcourt from 1689 using Richard and Nigel's extensive 17th Century collectons. 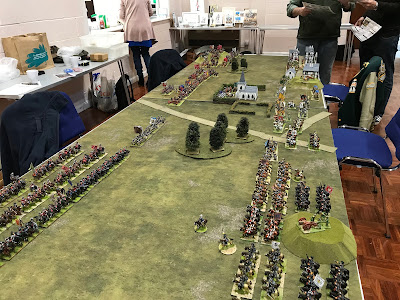 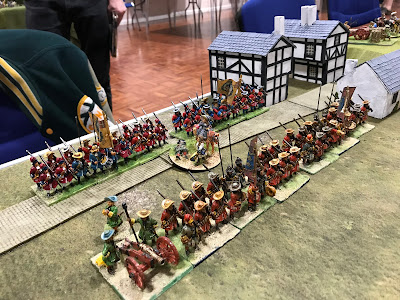 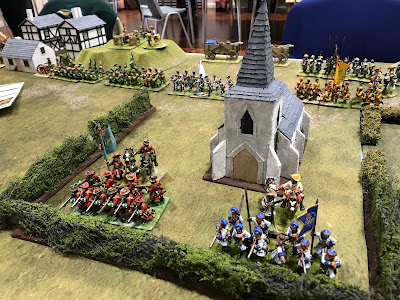 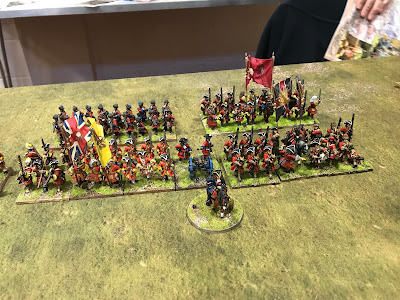 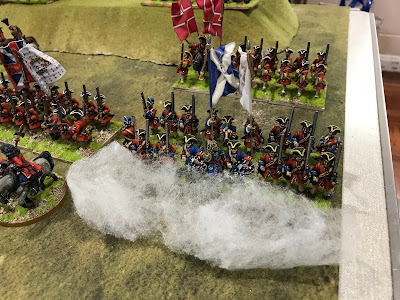 Much to our surprise we scooped the award for Best Game and along with it the Stuart Asquith trophy for a year. 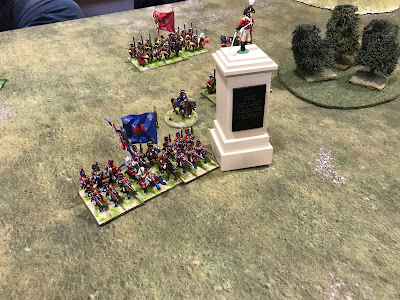 As always big thanks for Keith for staging the event and providing the rations. Now we need to think about 2023. Maybe we'll look at some Colonials for that.
Posted by Wargamer Stu at 22:34