Next week will be the final WWII armour game. This week we had a larger and a smaller game.

Game 1 - attack vs defence in Italy 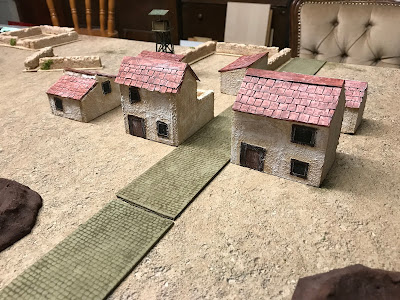 The Americans deployed the bulk of their tanks in the centre, looking to avoid the Pak40's hidden in woods on each flank. The Panther was in reserve in the village while the Hetzer lurked in some woods on the western side. 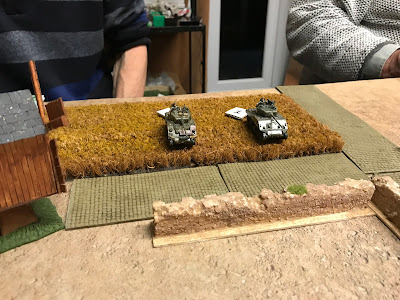 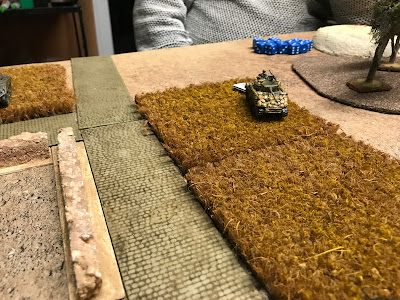 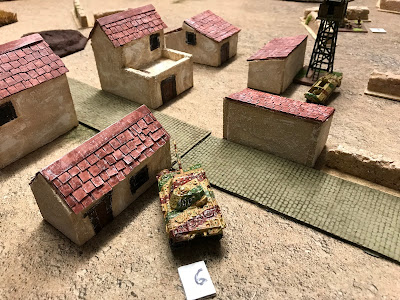 There was a lot of shoot-and-scoot from the Americans at first as they sought to exploit the plentiful cover to ensure the Germans need lots of Acquires (2's on the command dice) to spot them. Whilst this kept them safe, they made very little forward progress as they hugged their base edge. 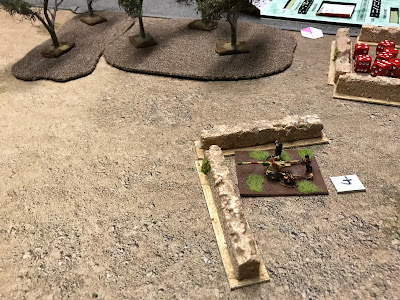 About an hour-in the US posted a Sherman on a small hill and it traded shots with the Panther. Despite being hull-down it came of worst, and the first loss was to the US.
As darkness beckoned the US changed plans and made a head-long charge into the village. They managed to get a rear shot on the Panther but missed! That spelt doom for the GI's as the Panther and Hetzer then hunted them down. 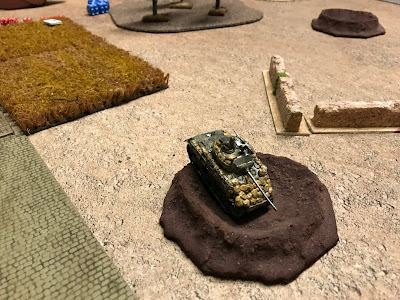 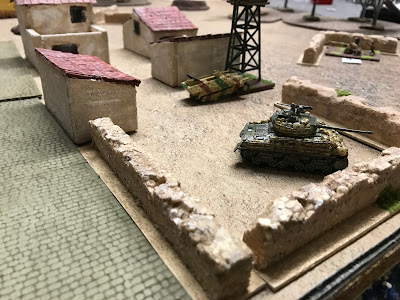 In game two 2 * Panzer IV took on 2 * T34-76 as both sides tried to capture a river crossing.
The first run through was incredibly quick with the T34's taking out the Panzer IV's with their first shots in turn 2.   Russian win 2- 0 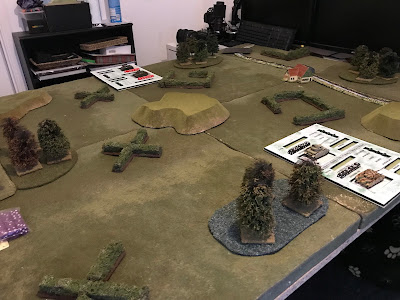 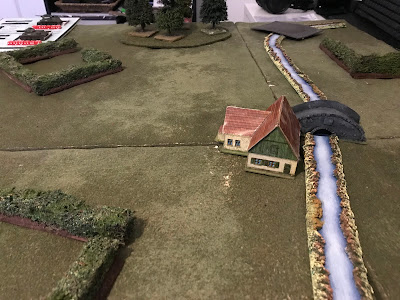 The second run through was a little longer with the tables reversed and both Russian tanks destroyed. German win 2-0. 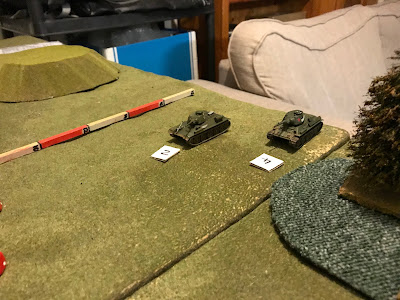 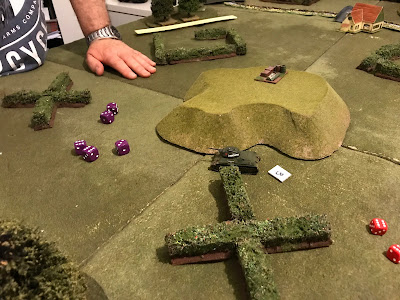