I recently received the Knights on Pegasus from Fireforge games. As these are not carried at shows or by UK shops I ordered direct - it took about 10 days to come but the handy courier tracker kept me informed on their progress from Italy. 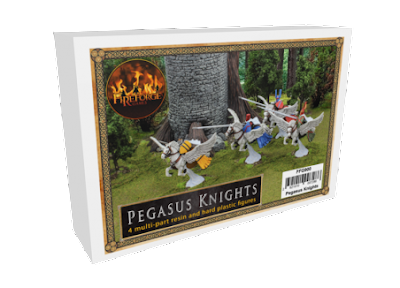 The box builds four of the Knights and with four Pegasus sprues and one knights plus four 40*40mm bases. 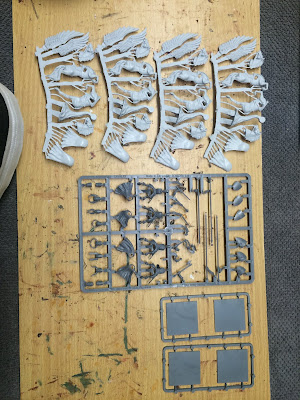 The knights are the standard Fireforge sprue, in this case with the Teutonic heads. They are the hard plastic type and come with a selection of heads and weapons. 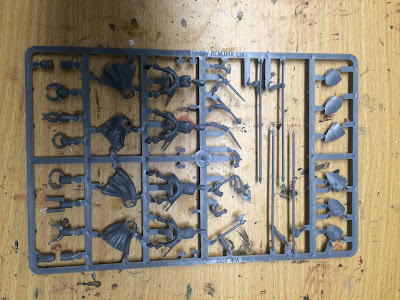 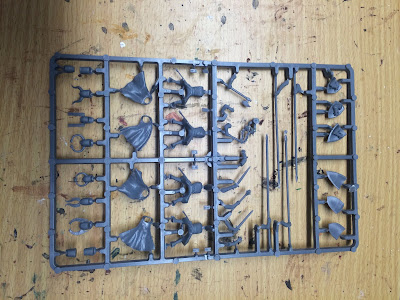 The Pegasus are formed from a soft grey resin material, so must be super glued. The detail is crisp and being soft resin they are easily removed from the sprue. A choice of two heads is included. Each Pegasus has an integral cloud-textured stand that fits into the body. 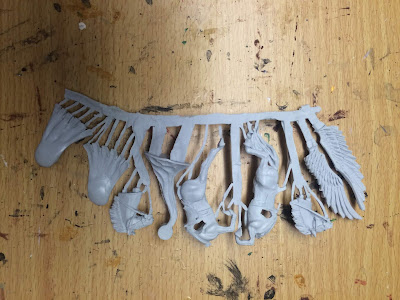 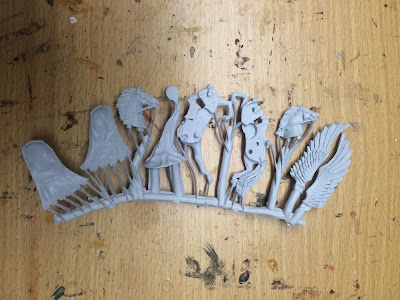 Once assembled each knight is 80mm high and has a wingspan of 100mm. Assembly was quick but I allowed plenty of drying team between major components as I've found even superglue stays tacky on the resin for a while. 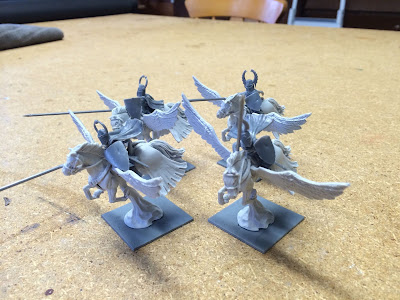 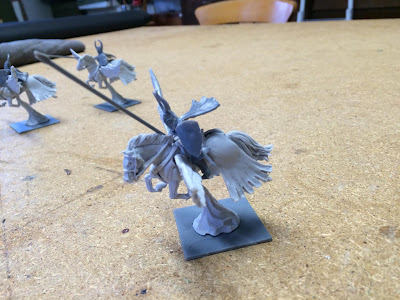 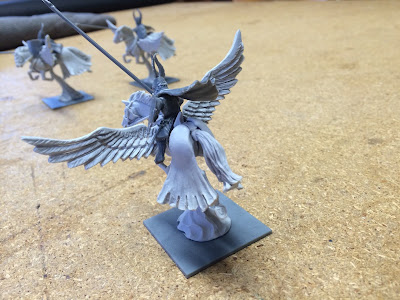 All in all they look pretty good and I'm looking forward to painting them up. These chaps are destined to be Elohi for my latest Basilean Kings of War project.
Posted by Wargamer Stu at 08:30

Email ThisBlogThis!Share to TwitterShare to FacebookShare to Pinterest
Labels: Basilean, Kings of War