The nights are drawing in - tome for some Dark Ages

Our next campaign is due to be a foray into SAGA - the popular Dark Ages skirmish campaign. The structure means it only really works well as 1 vs 1 so we'll be looking to run 3 games a night with all battles contributing to an overall campaign. This week we played a further practice game with Welsh vs Vikings and Anglo Danes vs Vikings.

First-up the Welsh vs Vikings, a tense shooty affair 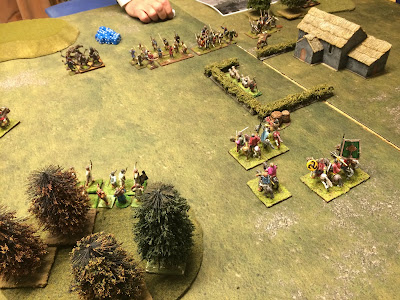 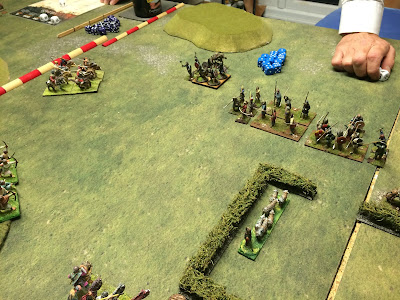 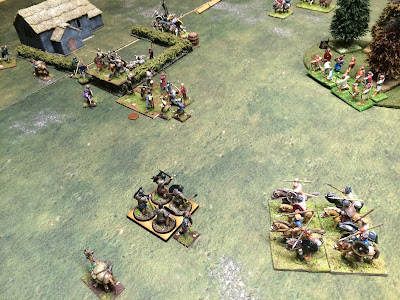 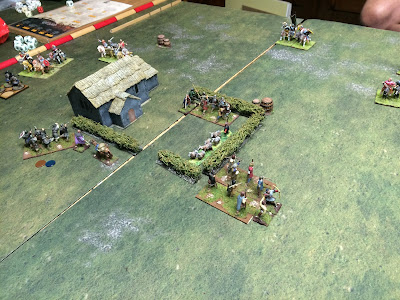 The Vikings vs Anglo Danes was more direct 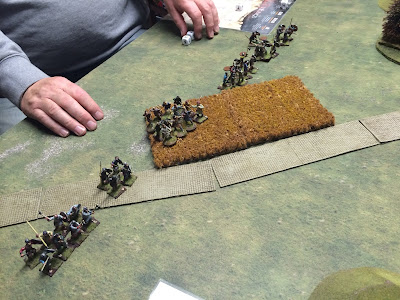 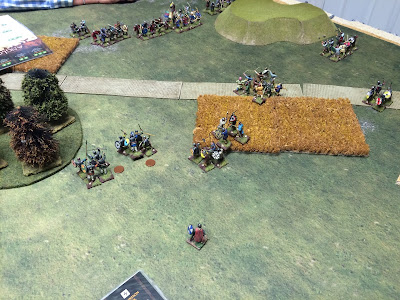 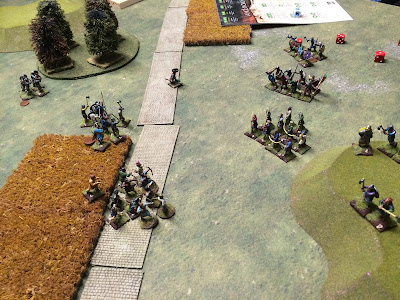 
Players each control one of 6 factions, fighting either for the English or the invaders. The armies are those of Olaf Guthfrithson of Dublin against Athelstan of England in the 930s. 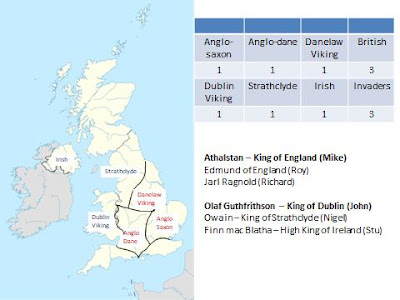 The games are 6 points with each players fighting the enemies in rotation. Victory in battle builds your fame both for the side and the player individually, with both being determined at the end of the campaign. The winner receives a bonus ability to use in the next battle.