A tale of two forts - the final Vanguard

This weekend we neared the conclusion of the Tale of Two forts campaign with the final Vanguard skirmish game. This scenario involves trying to tame a rampaging giant by wounding him and killing the enemy. This is my favourite of the scenarios - random but it looks great.

The Nightstalkers deployed mostly centrally with small units of shooters on the flanks. I went for two pods; Sisterhood troops supported by men-at-arms and sergeants to attack the giant with ogre and Paladins looking to block the enemy. 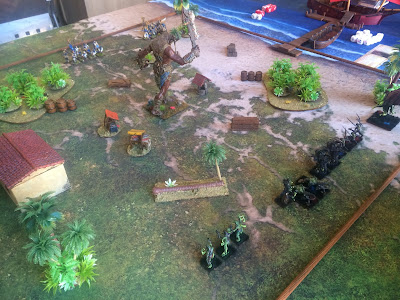 The faster moving Nightstalkers reached the giant in turn 1 and by the end of turn 2 were 6-0 up on VPs. The rampaging giant had though tenderised the Nightstalkers with a few well placed stomps. 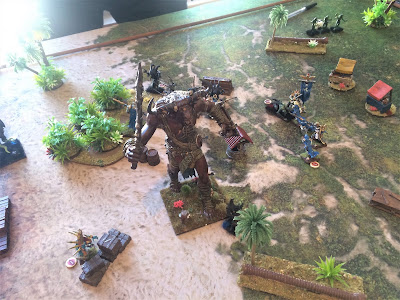 By turn 3 I[ pulled back to 6-5 and causalities were mounting for the Nightstalkers as my Basileans managed to chew through the centre of their lies. 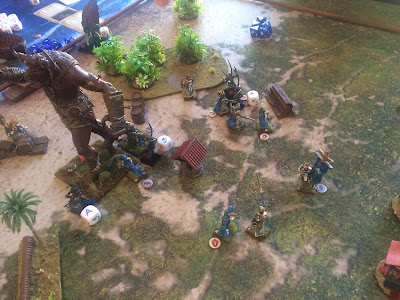 As we hit turn 4 the Nightstalkers were mostly dead and I had pulled-out a lead that could not be overtaken. 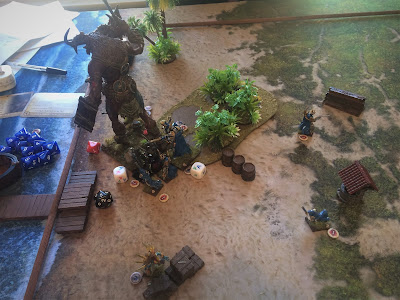 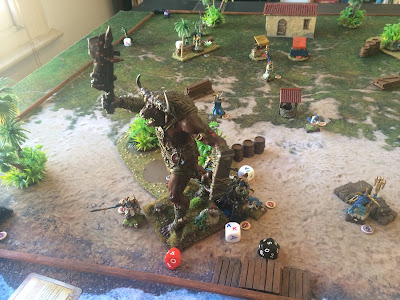 So a solid win for the Basileans who now have the honour of using the giant in the final siege battle of the campaign. Despite famously killed few Nightstalkers through the campaign they did win 3 and draw 1 of the 5 games.
Posted by Wargamer Stu at 01:01