Journey to the end of the world

I've recently returned from a tour of west Wales, plenty of castles and dark ages stuff on show, plus some Napoleonic material. I may be inspired to further round of terrain building.

First up some Dark Ages Welsh buildings at St Fagan's - a round house, a section of stone wall and a Welsh kings hall. The wall seems quite luxurious being stone but I suppose it is for a king. 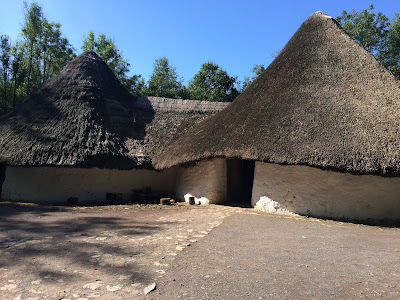 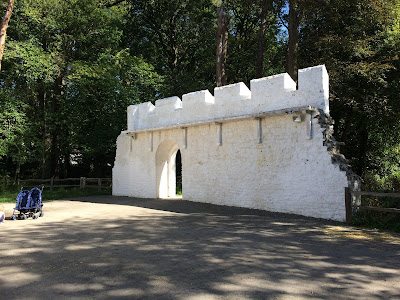 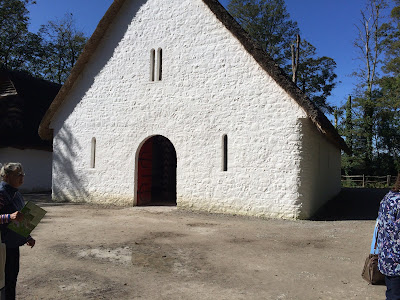 Next the gatehouse at St David's cathedral - definitely more defensive than pretty. 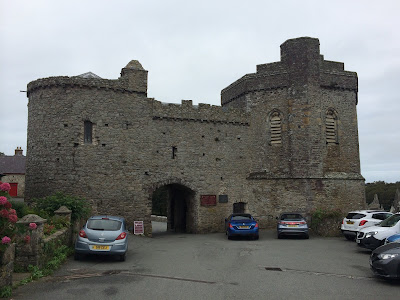 From the Napoleonic era is a recent tapestry depicting the French invasion of Fishguard in 1797. I've only shown a couple of frames from the 100 metre tapestry which was done for the 200th anniversary in 1997. 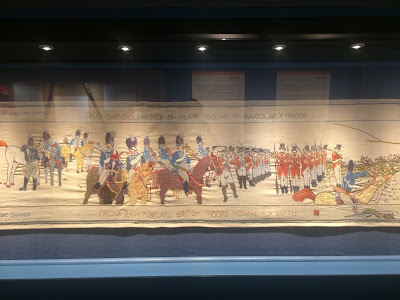 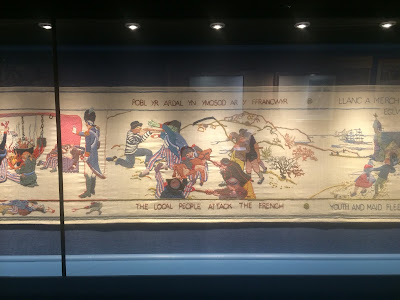 Also in Fishguard a small fort overlooking the harbour. A shot was fired at the approaching French but the garrison only had blanks so it was more a warning than a threat. 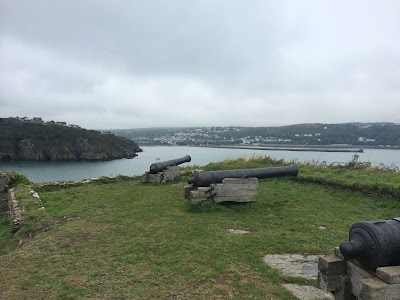 Way back to the Iron Age is this tomb Pentre Ifan from about 3500 BC. 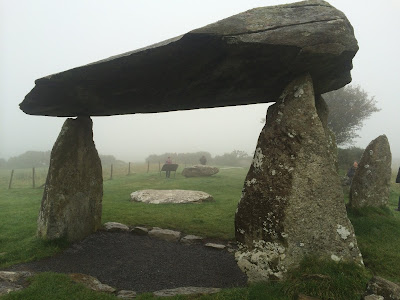 Now a few shots of Pembroke castle which is fairly complete and mostly accessible. The gatehouse is especially impressive although largely rebuilt in the 1920s. 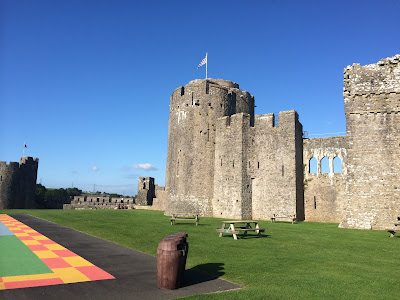 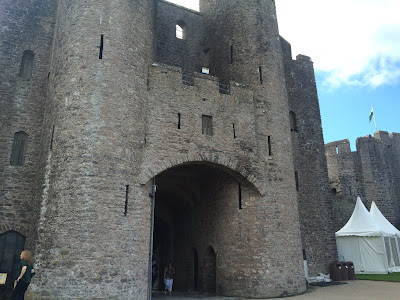 And finally a pill-box at Cardigan castle overlooking the main bridge. Decent lines of fire... 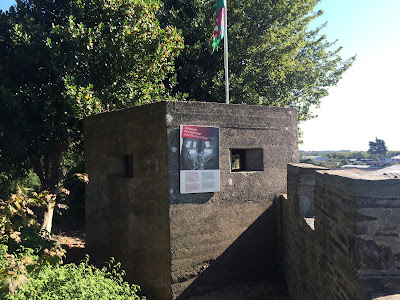 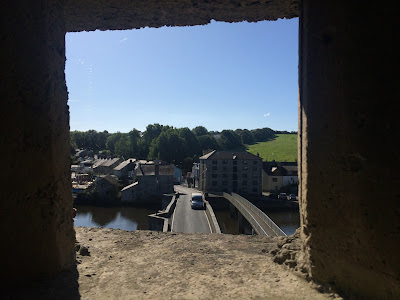