Before we start the campaign proper, we had a final round of practise games. This gave me my first go at the Irish I'll be using as I've been on teaching duties for the previous games. This week we played Vikings vs Anglo Danes and Irish vs Vikings in a scenario where you each had to capture the others flag.


In this game the Vikings were the aggressors pushing forward to come to grips with the Anglo Danes, who preferred to hang back in shield wall and look to build fatigue on the Norsemen.  The Vikings had the better of the exchanges, chipping away at the English shieldwall in a series of attacks. 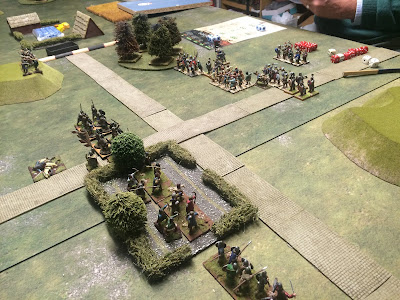 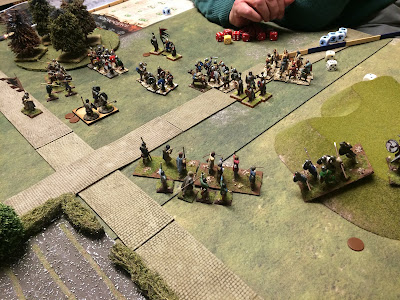 As they hit the last two turns the Anglo Danes warlord went on the attack, with his Saga abilities making him all but invulnerable. This shored-up[ the position and allowed them to hang-on for a draw. 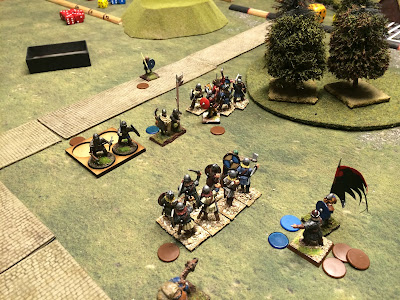 
On the other table a very shooty Irish army took on a second Viking force. The Irish have several abilities that enable them to exploit rough terrain and boost their shooting power. They also have mini warlords to help them motivate their poor quality units more easily. The weak point is no armour  so the units are vulnerable in the open.

The Vikings advanced in the centre while the Irish looked to envelope them using the rough ground as cover. The Irish pelted the Vikings with javelins bogging them down and whittling away the Norsemen. 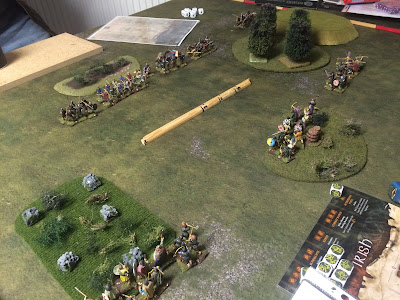 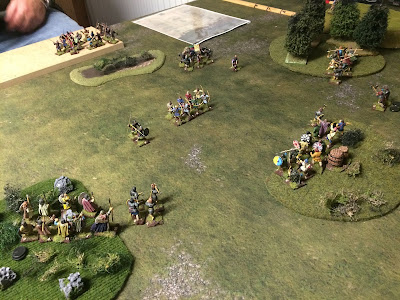 Four moves in the Vikings advanced and been blunted and they were pushed back onto their objective. the Irish pursued and heavy shooting soon cleared away the last of the Vikings. 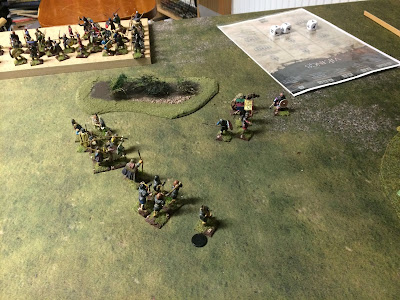