Work commitments mean we've had a little break since the 1st round of battles but we're back in harness with the second set this week. The scenario is Chance Encounter in which two foraging warbands meet as they try to cross the table with some supplies. This week we had Dublin Vikings vs Anglo Saxons and Welsh vs Danelaw Vikings.


With two combat oriented armies this was always likely to be a bloody affair. The Anglo Saxons gain benefits from fielding larger units (10+ figures) and so went for only 4 big units, with half the army being levy. 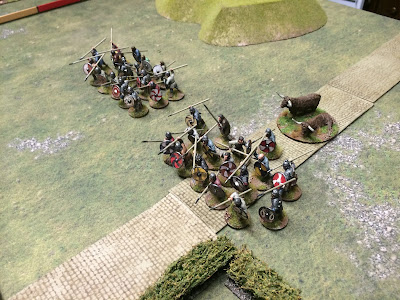 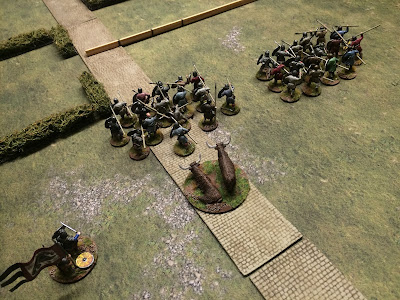 The Dubliners went for a more elite army with half of them being Hearthguards and a unit of archers in support.


A large melee formed on the Dubliners right that drew in most of the troops on the table. The Dubliners best unit (8*hearthguards) was bale to march straight across the table with its booty unmolested, 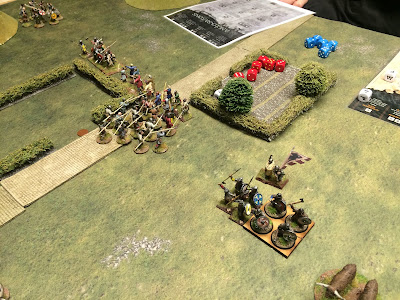 Casualties were heavy on both sides but the result was a narrow win for the Anglo Saxons. In hindsight the Dubliners hearthguards not fighting may well have been the deciding factor. 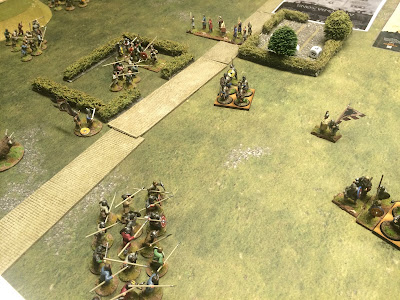 
The second game was a much more cat-and-mouse affair. The Welsh are an illusive enemy with lots of abilities that allow them to evade whilst showering their opponents with missile fire. This force was mostly mounted to increase their mobility. 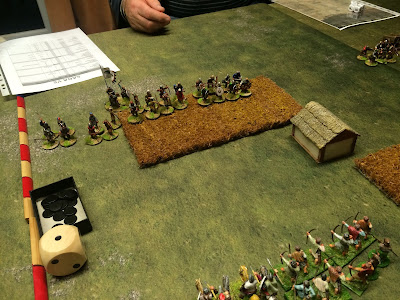 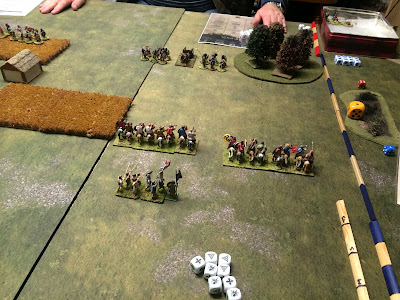 The Danelaw Vikings advanced straight at the Welsh in the hopes of baiting them into a combat that was more advantageous to them. Initially this worked with the Welsh charging early and losing a couple of units in combat. stung by this they reverted to more conventional skirmish tactics and slowly whittled away the Vikings. 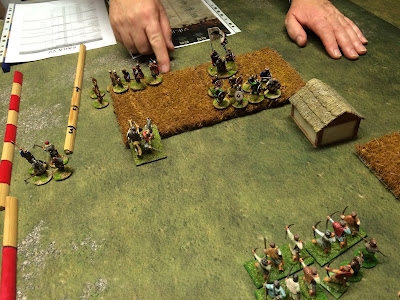 The backpedalling Welsh mostly managed to avoid combat and achieved a narrow win through attrition. 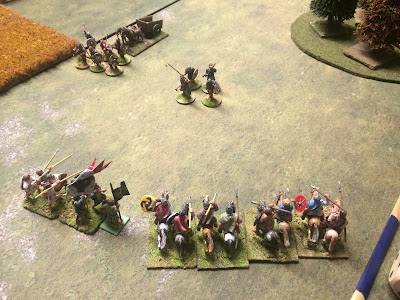 So after 4 battles its 9 points a side with only the Dublin Vikings and Anglo-Danes winless. 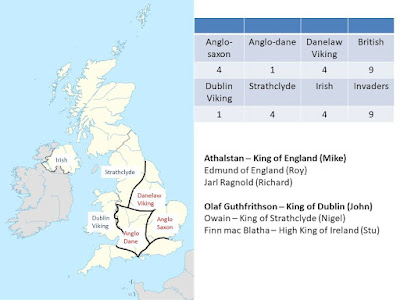