For week 3 of the campaign we were able to fight three battles as all the players were available for the first time. The scenario was Pillage in which points are awarded for killing the enemy and raiding a building situated in each players deployment zone.


The Vikings deployed in a tight group protecting the settlement and adopted a defensive posture, seeking to draw the Irish to them. The Irish were happy to oblige and pushed forward to attack the Norsemen. 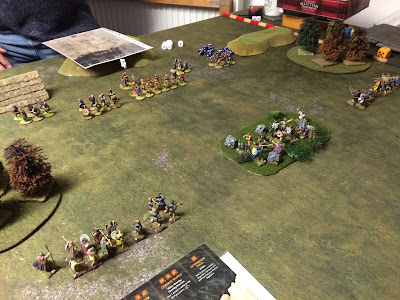 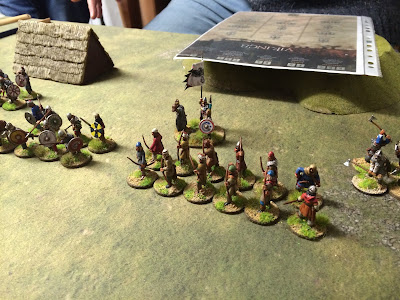 Benefit from the cover the Irish won the central shooting battle and so were able to advance with limited casualties from the Vikings archers. As the Irish began to score hits from their accurate javelin fire the Vikings launched a fierce assault with their hearthguards. Both sets of elite warriors wiped eachother out, leaving the Irish in control of the field. 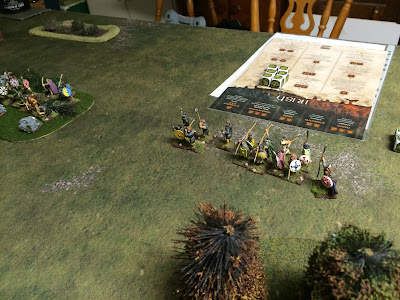 In the end it was a strong win for the Irish as the Viking warlord also met his end in a storm of javelin fire. 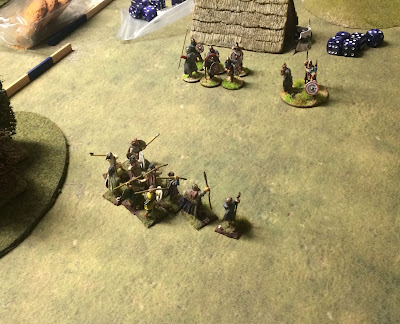 
The Anglo Saxons deployed in their customary large units so only fielding 4 units to the Welsh 7. Like the Danelaw Vikings they also chose to defend their settlement. 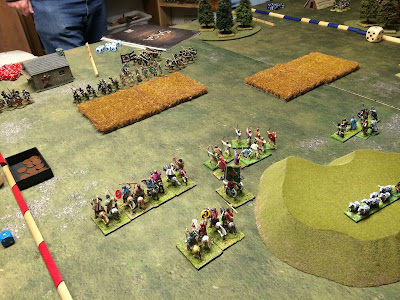 The nimble Welsh pushed forward to attack the Saxons but case under sustained fire from a large block of archers hiding in the cornfields. More cautious than their last battle the Welsh  looked to weaken their opponents with javelin fire. 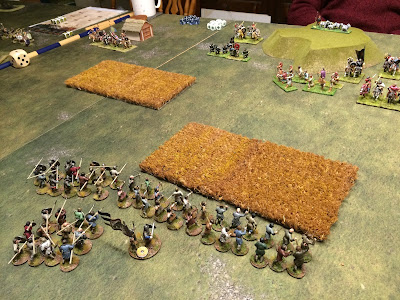 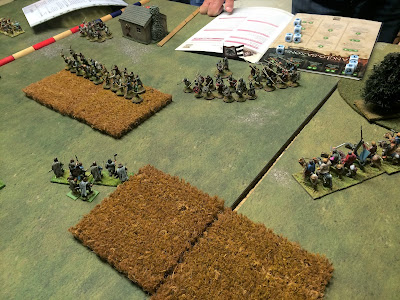 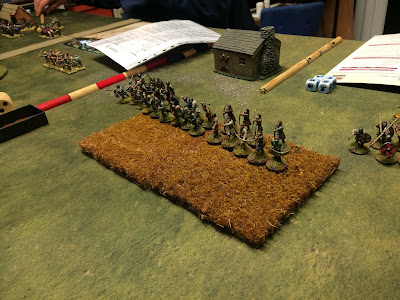 The Welsh made a series of charges against the Saxon lines but were repulsed again and again. Casualties were not heavy on either side but the Saxons came out as the narrow winners. 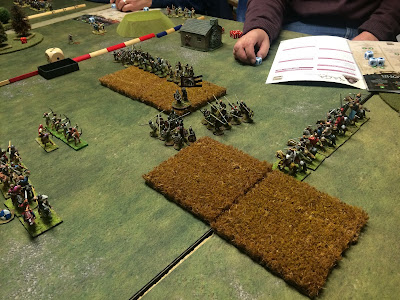 
The final battle saw two similar forces with both seeking to engage the enemy in combat. 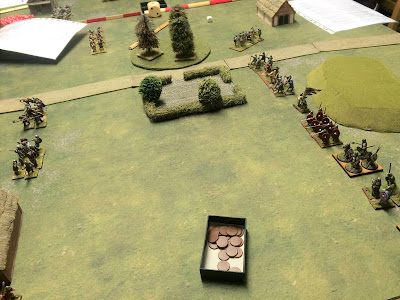 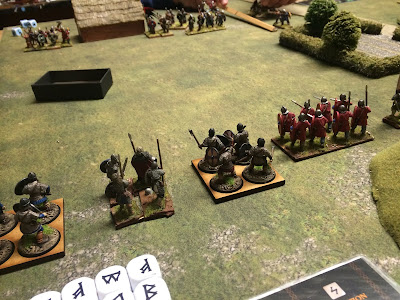 This was very much a "get stuck in" battle with some crunching combats. The greater Danish numbers told in the end (and some good dice) leading them to an eventual victory. 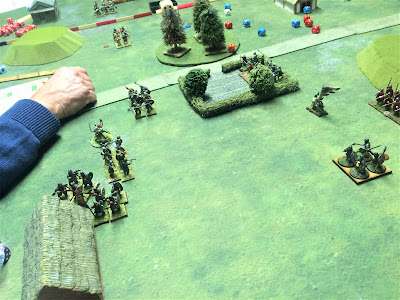 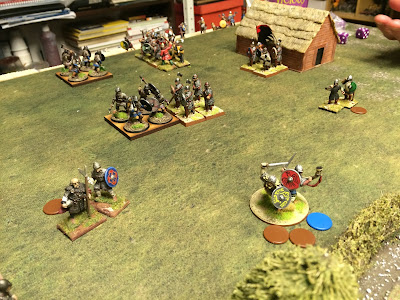 
With 2 wins to 1 this week the British have nudged into a 2 point lead over the invaders. 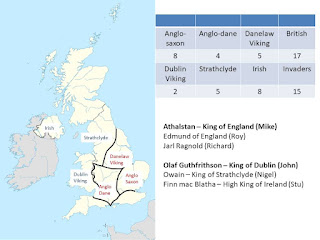