This week we managed just two battles with Irish vs Anglo Danes and Dublin Vikings vs Anglo Saxons. We played the Prized Possessions scenario where the defending British had to escort some wagons / cattle / horses safely across the table.  Points are awarded for surviving troops and loot escaping.


The Danes clustered tightly around the loot initially looking to defend whilst pushing the archers forward to weaken the advancing Irish. The lightly equipped Celts attacked quickly and rapidly dispatched the Danes archers.

Seeing themselves lively to be shot in detail the Danes began to counter attack in the hopes of breaking through the Irish lines. they were though unable to come to grips with the Irish and found themselves whittle away. 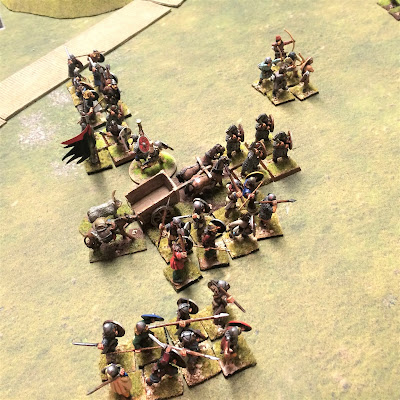 A brief surge forwards killed some Irish hearth guards but mounting casualties began to deny them precious Saga dice, limiting their options. After 5 turns they were forced to cede and the Irish captured the wagons. 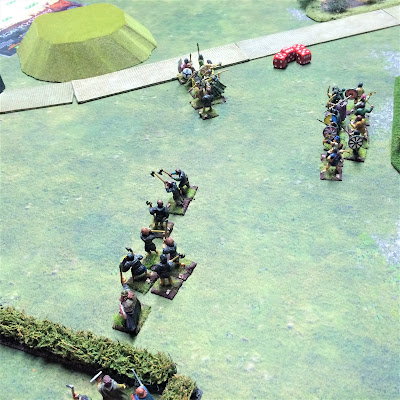 
This was a game of two different approaches -  small and fairly elite Viking force against a large Saxon outfit favouring overwhelming numbers. As is their way the Anglo Saxons formed a solid sheild wall around the loot and looked to draw-on the Vikings, with mounted hearth guard waiting to coutner attack. 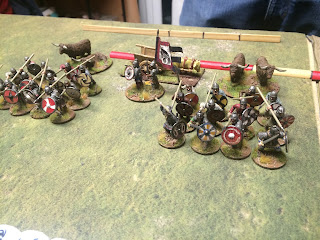 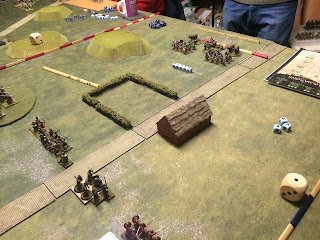 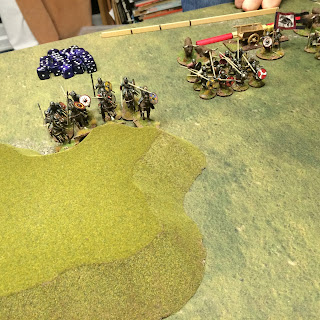 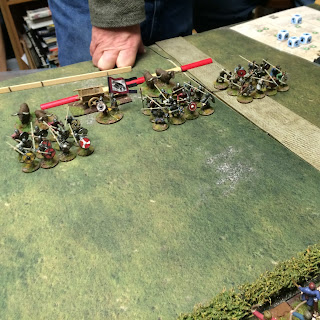 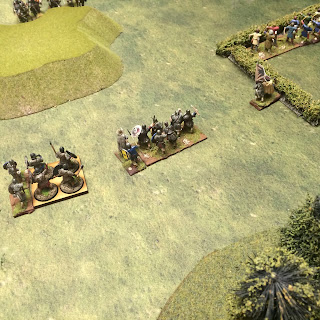 The inital Viking attack was a cautious one which succeeded in drawing out the Saxon foot to chase off some skirmishing archers. Lacking any melee troops the Saxons could ill afford one-side archery contest. 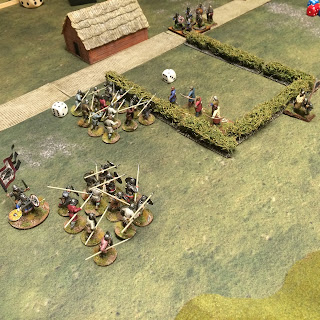 With the game entering the final stages the hearth guards pounced and rode-down the isolated Viking warlord. He fought bravely for 2 turns but was eventually cut-down. 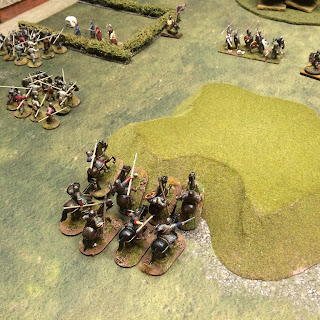 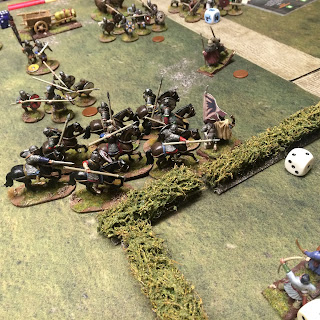 The final tally had more casualties on the Vikings but the Saxons failure to move their loot at all counted against them and would have lost the game. It then transpired both players had miss understood the scoring scheme and not relaissed the Saxons would lose if no loot exited the field. So we went for a draw. 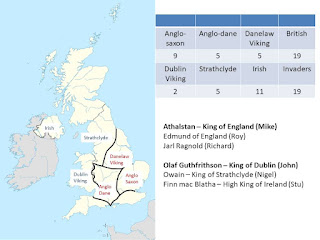