A Tale of Two Forts - the final battle

This weekend I managed to squeeze in the final battle of the Vanguard / Kings of campaign I've been fighting for most of the year in Fishponds. Having narrowly lost the last game I was besieged in my fort by the beastly Herd forces. In this scenario the attacks had to have more units in the fort than the defender and I has to get more units across the halfway line than I had in the fort.

All-out attack seemed a risky option so I decide to try and at least secure a draw and hope to either delay the attacker or get some luck to breakout. so I deployed all my heavy infantry in the fort (Primes / Ancients) along with the Ancients on Rinosaurs, Basilean foot, Clan lord and 2 priests. this gave me 3 sources of inspiring, rally (2), and healing to hold the castle. 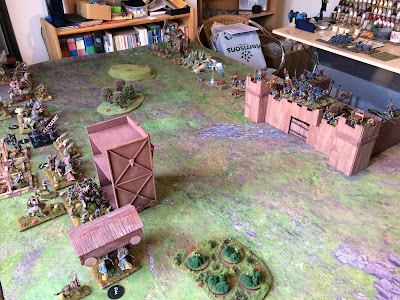 The Herd deployed almost their entire army against my breakout force along with some siege artillery they hand somehow managed to construct with their paws. 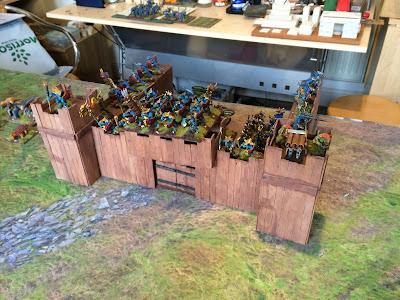 As the Herd pressed forwards I peppered them with fire but was unable to roll decisively enough on the nerve to rout any units. The Herds high healing means if you don't nuke them quickly they restore themselves within a turn and toy have to start again. 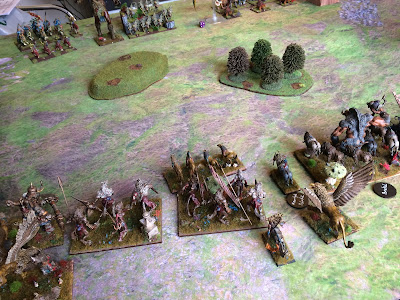 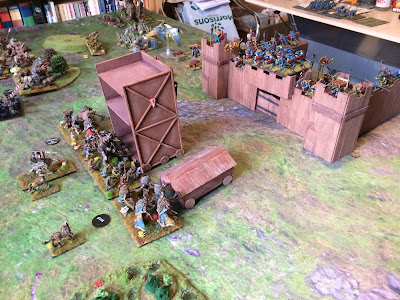 Shifting tactics slightly I focused more fire and was able to take-out the fearsome stampede before it could so any damage. 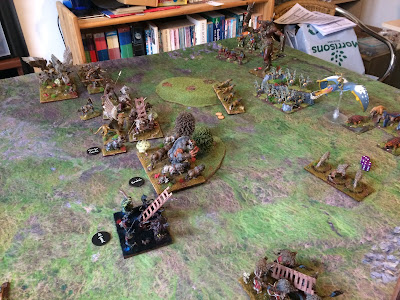 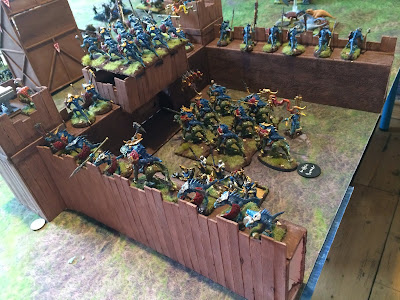 The Herds own shooting proved decisive with their siege artillery destroying the front wall of the castle in a mere 2 turns and taking my largest heavy infantry unit with it. Things looked grime only 2 turns in so I marshalled the defenders. 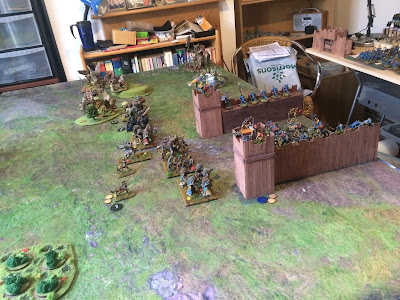 Turns 3 and 4 so us trading blows in the entrance to the fort with the hardy Lizardmen pushing back the Herd units and retaining control of the fort. 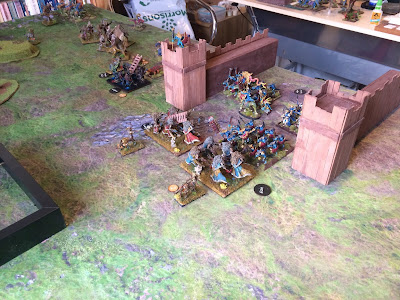 By turn 5 it was clear that neither could achieve its victory objective and a draw was declared. So the Lizardmen retain their border foothold and can begin to rebuild for a future offensive. 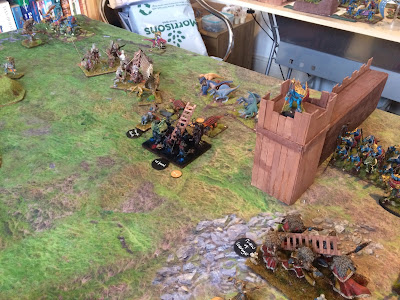