Once again we had a full turn-out for our Saga campaign so were able to fight three battles. We played Ambush in which a neutral force moves across the table and both sides must try to capture their loot, whilst minimising losses.


The two armies eyed each other briefly across the battle field and then got stuck-in in true Viking fashion. The first combats featured both sides Berserkers who indulged in some mutual annihilation. 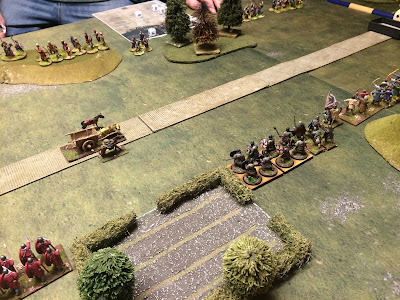 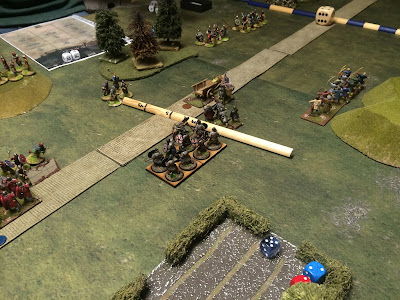 With the Dubliners having more luck attacking the loot carriers they were able to establish a small lead and hold this for the remainder of the game. This marked the first win for the Dubliners. 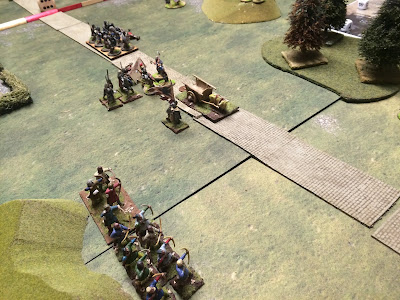 
The Welsh fielded a mostly mounted force that was rapidly able to attack and capture the loot as the Danes toiled across the table towards them. 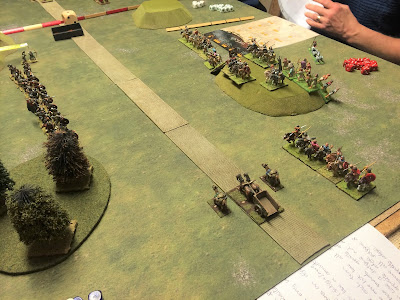 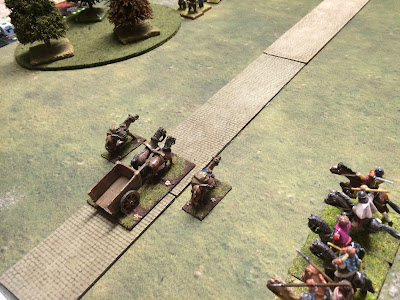 The Welsh then back-peddled faster than a hyper active unicyclist, pelting the Danes with javelins as they went. As the Danes closed-in the Welsh finally turned and charged, killing the Danish warlord for a narrow win. 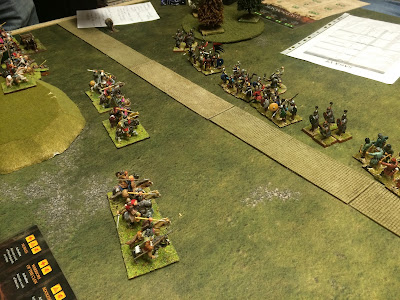 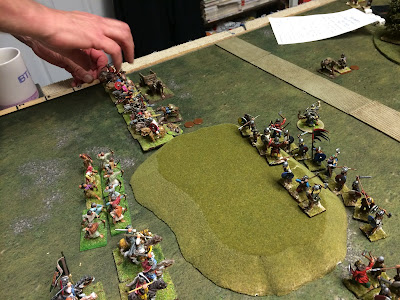 
In this encounter the Saxons fielded a huge force of levy backed by mounted hearth guard, probably outnumbering the cunning Celts by about 2-1. The Saxons pushed forward quickly capturing one of the loot with the other hotly contested. The Saxon cavalry lurked ominously waiting to swoop-in at the end of the game. 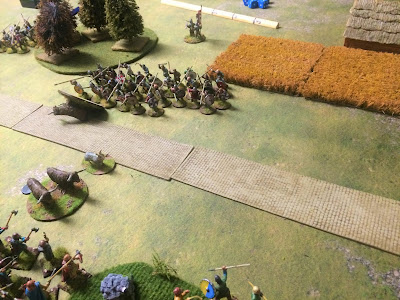 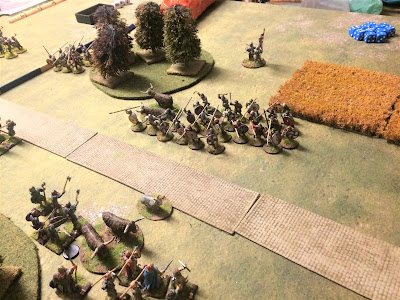 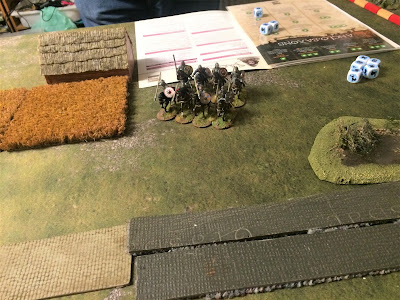 As Saxon casualties mounted from the hearth guard made their move and charged a prized ram that was one the the loot items. With some unlucky rolls they lost a causlty whilst doing no damage to the ram. A second charge had a the same result leading to them pulling back under heavy Irish fire to lick their wounds. 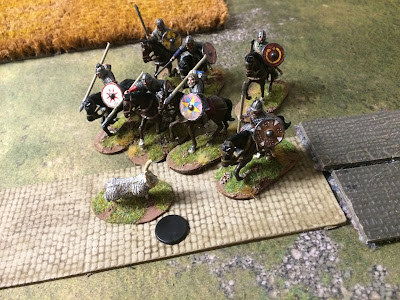 As the hearth guard had their fun the Irish continued their heavy bombardment on the Saxon levy quickly reducing them and denying them Saga dice. The result was a clear Irish win despite them capturing no loot. 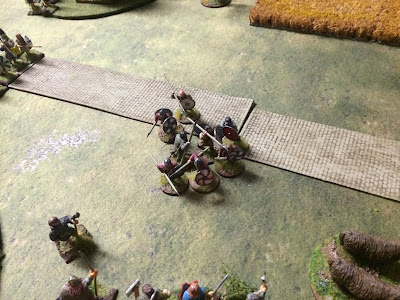 
With three wins this week the Invaders have moved into a 6 point lead. 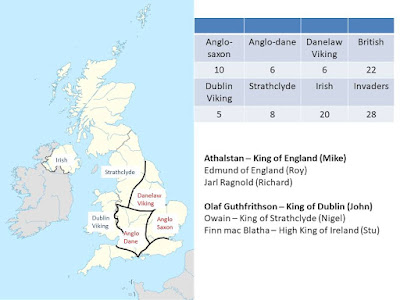