We again played 2 games this week with the Irish / Welsh vs Anglo-Danes and an all Viking clash of Dubliners vs Danelaw. The scenario was Desecrate - points are scored for destroying the enemy but the points are capped depending on how many enemy objectives you have eliminated.


In true Vikings fashion both sides advanced rapidly with a special focus around the farm. 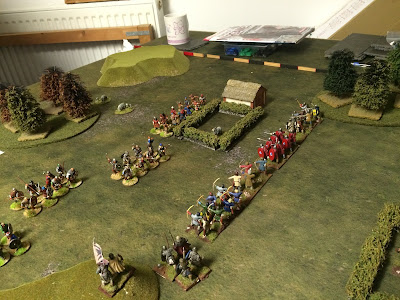 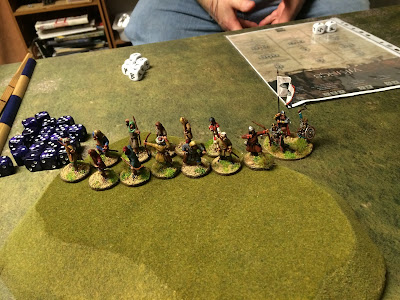 Things were in the balance but tilted towards the Dubliners when the Danelaw's decided to withdraw and cede the field to their enemy. 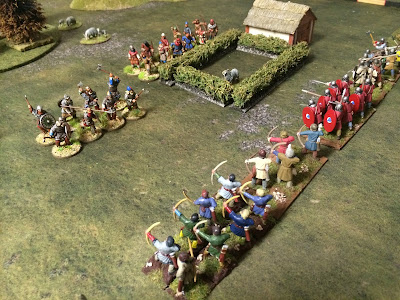 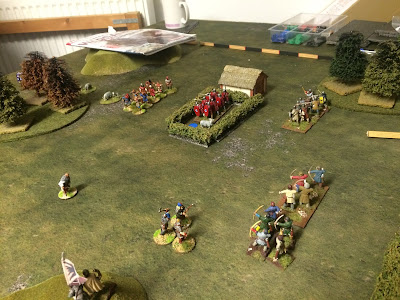 
Both sides decided to be aggressive and move forward to engage the enemy. The Celts colonised the terrain and tried to envelope the Danes in classic Bulls-Horns style. 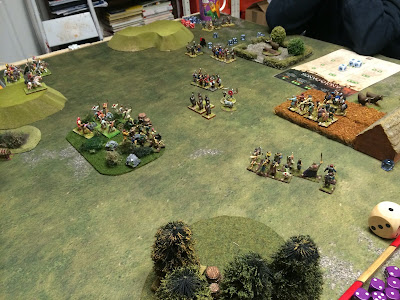 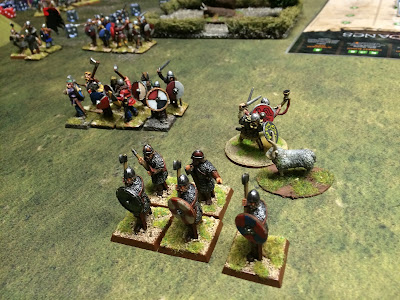 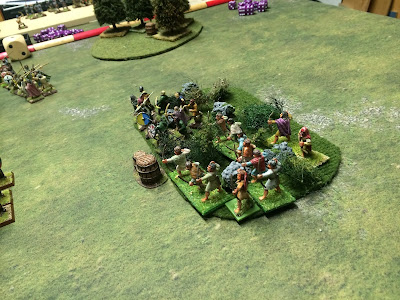 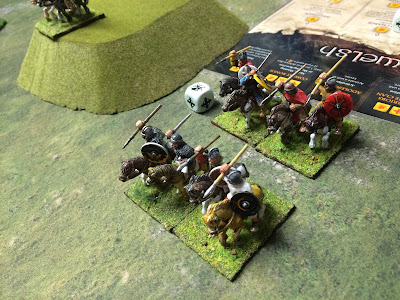 The Danes crunched into the skirmishers hiding in some central terrain pushing them back but suffering casualties in the process. On the flanks though they suffered heavily from shooting casualties and found themselves diminished. 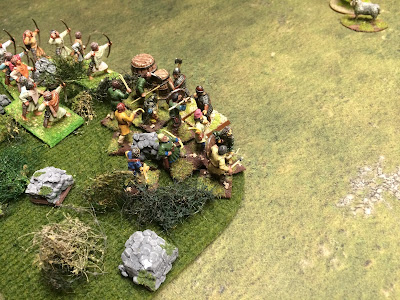 The final result was a win for the Celts as they were able to dominate the causality count. 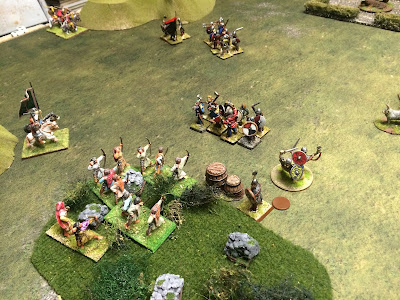 After a good couple of weeks the Invaders have opened a 10-point lead but with 3 available for a win that could quickly be reversed. 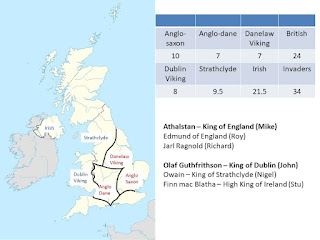