Both sides were at full strength this week so we had three games. The scenario was a simple one - survival points granted with bonus points for units in the enemies half. The centre of all three tables featured a ruined building that was hard cover.

This week saw the retirement of the undefeated Irish and my switch to the Scots - same figures and same Saga dice. They are a much more defensive army who generate a bucket of defence dice and rely on combo's to do damage. The Danelaw Vikings also switched to Angl0 Saxon


The Scots advanced steadily towards the serried masses of the Anglo Saxons and were first into the cover. The remainder of the infantry forming a solid line to await the Saxon attack. 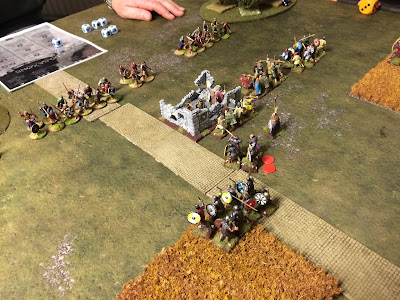 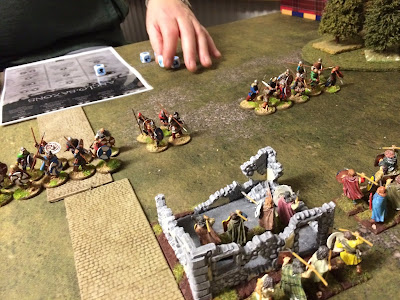 This came soon enough and man aged to wipe out the Jomsviking mercenary unit employed by the Scots. There as a determined counter attack which weakened the Saxons and gradually reduced their ability to manoeuvre as their Saga dice dwindled. 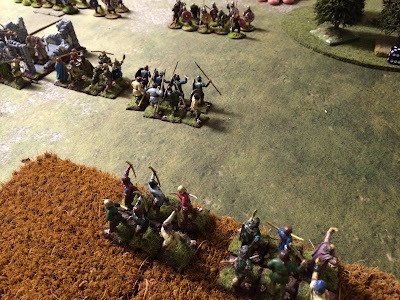 A clear win for the Scots - they don't hit that hard but are hard to kill die to the numbers of defence dice they generate. 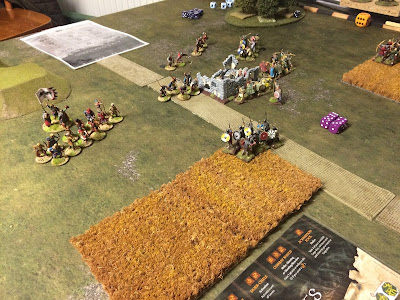 
The second Saxon army deployed a large force of Levies backed by a core of Hearthguards. The Viking also went with some larger units to counter the threat of the Saxon hordes. 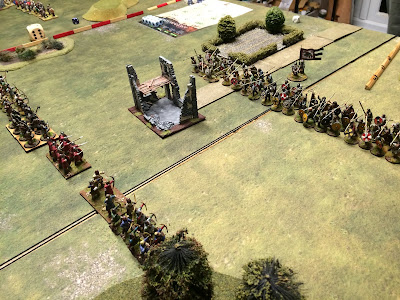 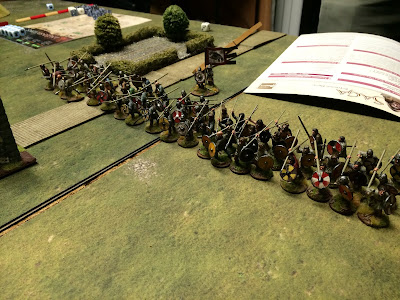 A Viking unit  grabbed the ruins and hunkered down while the battle swirled around them. The two
sides knocked lumps off each other for the full 6 turns. The Saxons emerged the victor from this arm wrestle of a game. 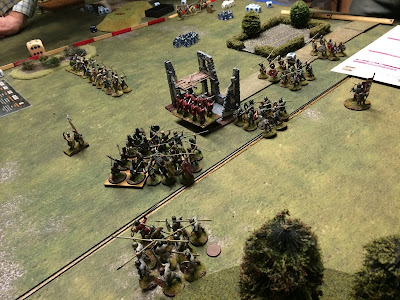 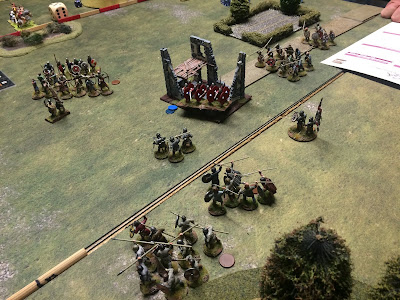 
The final game was one of manoeuvre with the mostly mounted Welsh seeking to avoid contact and wear-down the Danes with Javelin fire. The Danes quickly occupied the ruins and advanced on their own left. 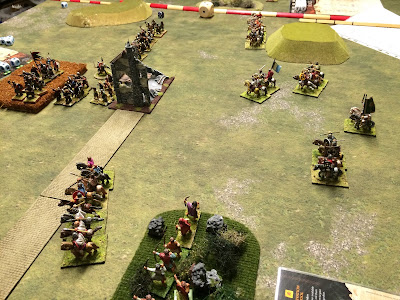 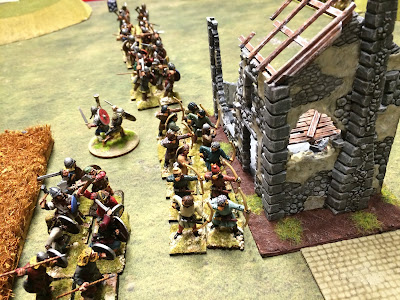 The Welsh had the mirror strategy and attacked on their own left, rapidly getting behind the Danes lines. Casualties were not heavy and both sides got many of their units across the half way line. The result was a narrow win for the Danes 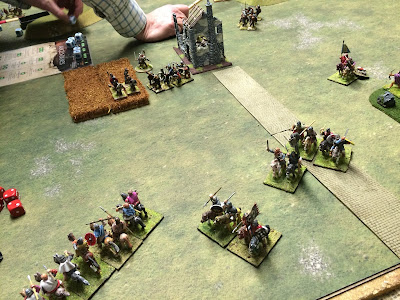 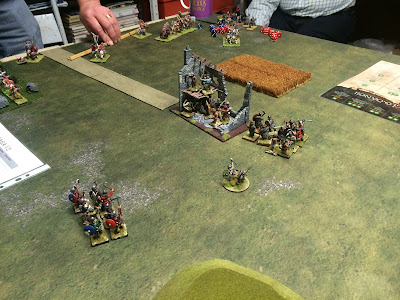 So with 2 wins to the British and 1 to the Invaders the lead was reduced for the Viking-Welsh-Scots alliance.