An unusual scenario this week - the Feud. Each side gets a free but random hero to include in their army. Some give better C&C, some fight, and some just get in the way. To win you simply need to kill the enemies hero - if both survive or are killed then kills are the tie-breaker. Hero's not over the half way line at the end of the game died automatically, so no turtling!


A real contrast of styles with the slow-moving Saxons against the nimble Welsh. The Saxons formed their usual shieldwall Impi's while the Welsh sought the flanks. 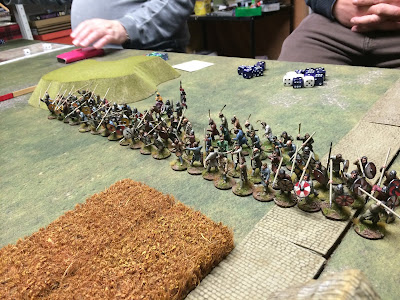 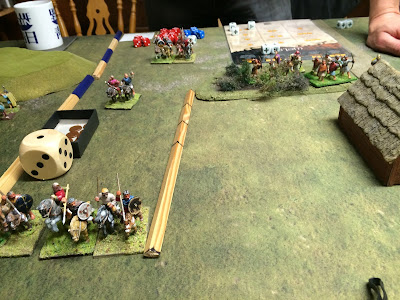 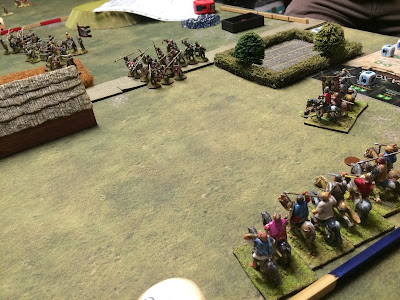 A real game of cat and mouse as both sides tries to get their hero across the half way line in the mid - late game. The result though was a narrow Saxon win as their shooting proved more potent. 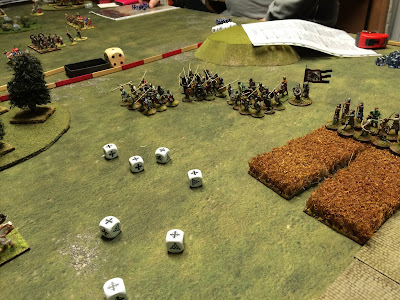 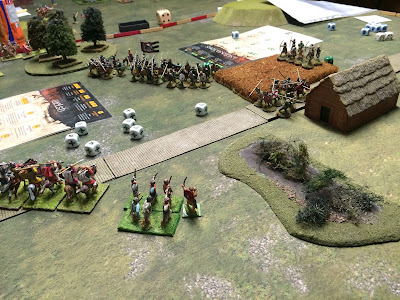 
The second outing for the Scots and this time is was the Danes - masters of fatigue. 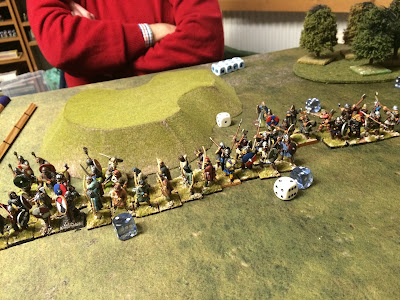 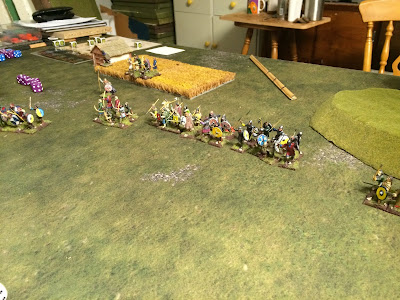 The Danes attacked boldly, unfamiliar with Scots defensive prowess. A series of attacks were rebuffed with few Scots dead and strong counter attack led to the a series of damaging losses to the Danes. A solid Scots win. 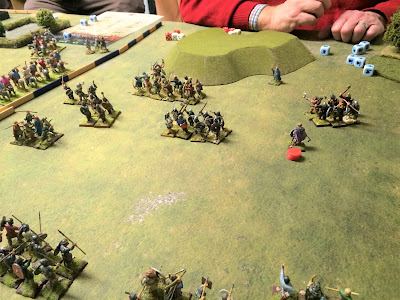 
Both sides attacked in the usual Viking fashion  but with the invading Dubliners relyinf more on their shooting than the Danelaws who went all melee. 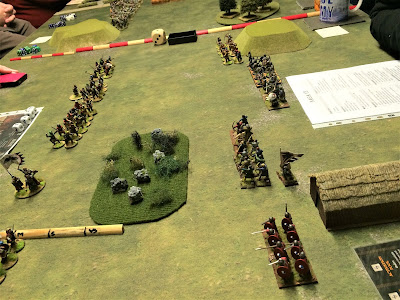 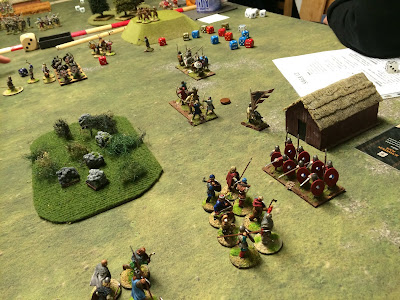 It was a close fight but the Danelaws emerged victorious against their cousins. 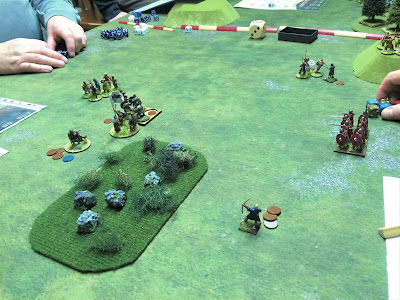 Next week will be the last week of 1vs 1 games and we'll end for Christmas was a grand melee
Posted by Wargamer Stu at 12:09