To learn our new KOW V3 armies we're running a mini-campaign for Basileans vs Undead. 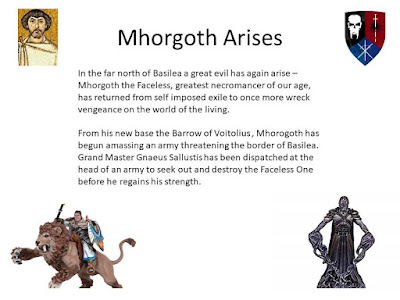 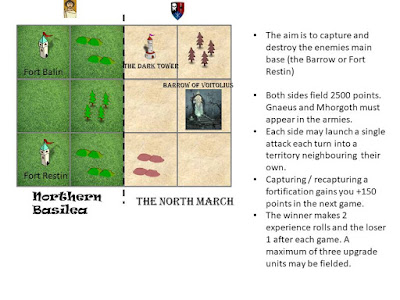 In the first battle the Undead launched an assault from the Dark Tower into Basilean territory. The scenario was Salt the Earth - objectives need to be captured but may be destoyed to deny them to the enemy.  I went with a strong centre with a refused right (most if the fast units) and a strong left. The Undead massed cheap units in the centre with more elite flanks, especially on their left opposite my refused flank. 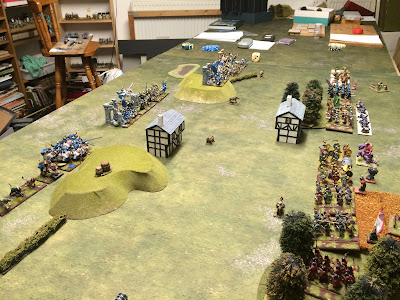 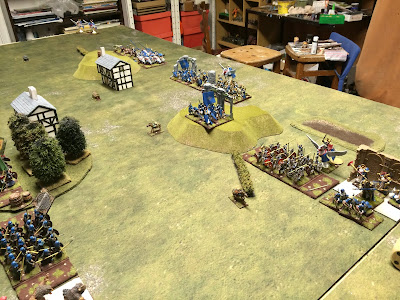 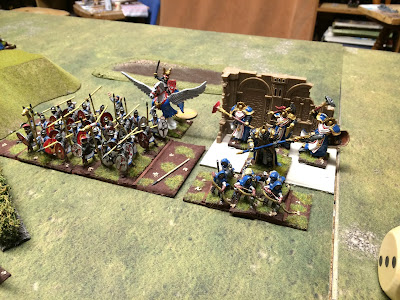 Moving first the Basileans doubled-up and captured two central objectives and one on the left. They also deployed wide to flank the Undeads left flank attack. 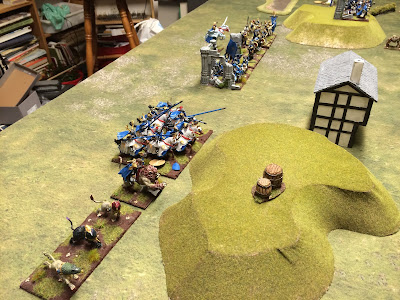 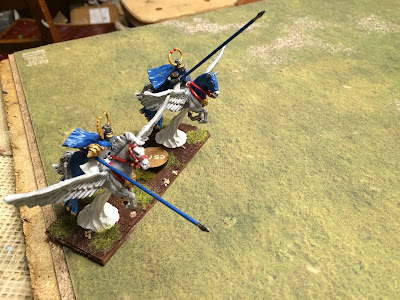 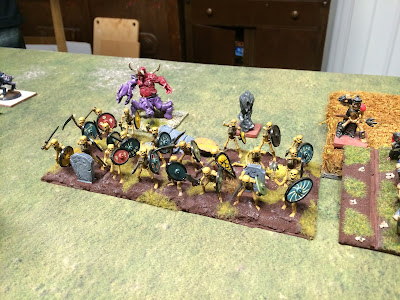 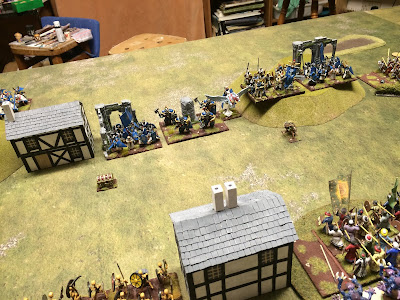 The Undead attacked the Basilean left and centre but were pushed back by Ogre Palace Guard units and the Ur Elohi. 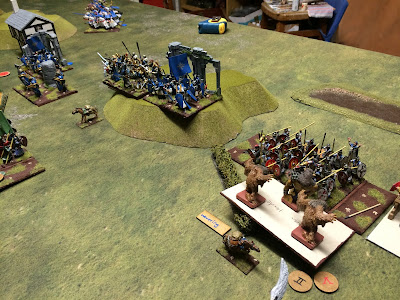 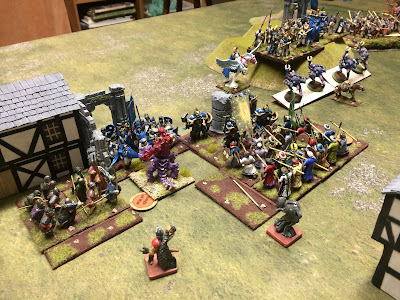 Late on a couple of spoiling attacks delayed the Undead, leaving the Basileans 3-1 winners. 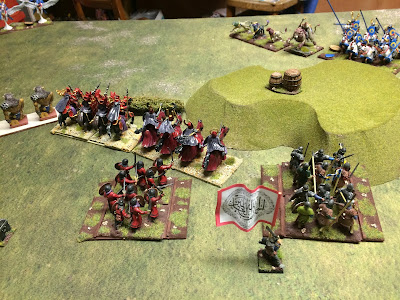 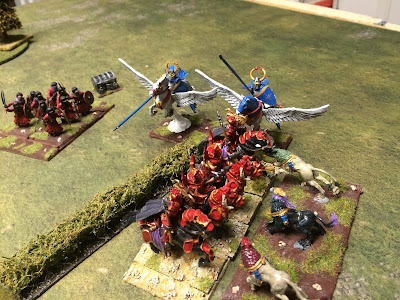 A learning experience as it was the first use of Surge for either player. The good and bad was on display - one unit got isolated surging forwards but a second got an otherwise inaccessible flank.