For the final game of the campaign we opted for a massed battle with the Invaders and British slugging it out. The aim was to kill as many of the enemy as possible with bonus points for crossing the half way line. 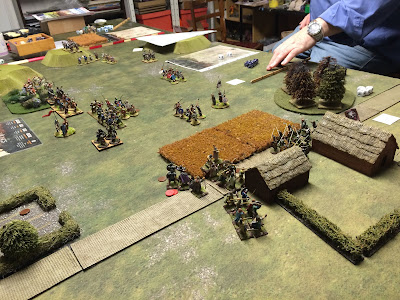 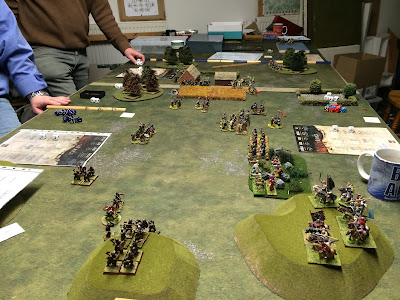 The Dubliners got their archers killed early but were able to beat-back the Danelaw's and shade the casualties.


The Welsh skipped around the slow-moving Anglo-Danes and got lots of units across the half way line.

The Norse Gaels are a little confusing to use and rely on cycling saga diced through the combat pool to create combos. Unfamiliar with the abilities they fell victim to a determined Scottish attack. 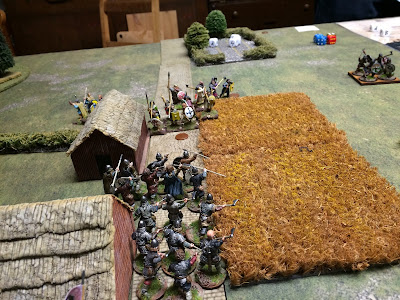 So a victory across the line for the Invaders, leaving them overall winners of the campaign by 10 points (just over 3 battles worth)

All-in-all the campaign seems to have been a successful one. The idea of playing three one-on-one games per night worked well and we mostly managed to have even numbers of players. Saga is a fairly simple game, which helps, but it does take time to learn your battle board and understand the enemies.

I think we'll play again - we have the figures and the rules afterall….