Sometimes Christmas is a good time to return to old projects and rework a little. So this year one thing I've done is to modify the Fireteam WWII platoon-level rules with new vehicle combat sections.

In the previous rules you rolled to hit and then rolled for damage with the various outcomes equally likely. Even though there was only a 1-in-20 chance of a first time kill it "felt" to some players it happened a lot. So the new rules work by accumulating hits and separating minor / major hits. So the first two damage will always be minor and its not till you get to the third that something bad could happen.

We played a medium-sized game with 3 Germans tanks + mechanised infantry vs Russians witjh 3 AT guns and a T-34/85. 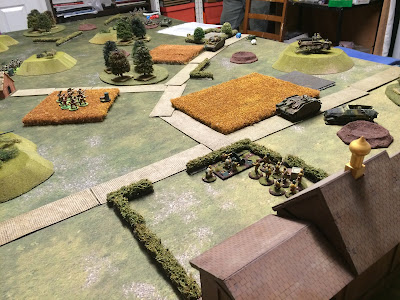 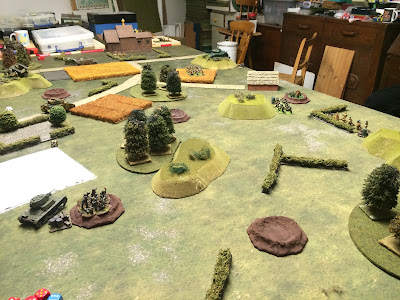 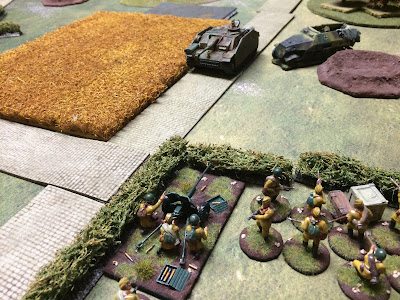 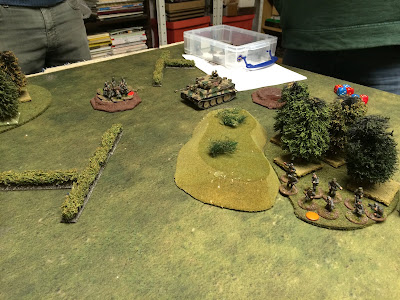 The game ended with the T-34 immobilised, one German tank destroyed, one had its main gun disabled and the Tiger undamaged. 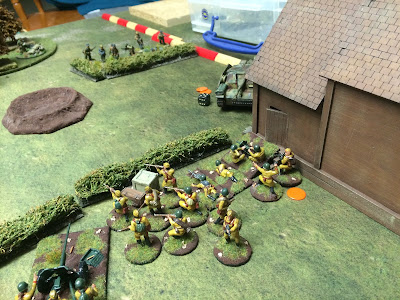 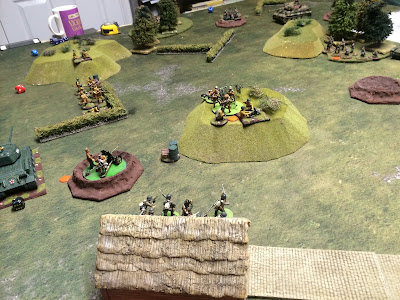 I'm going to say mission accomplished for now as the tanks survived pretty well. Now just to thin about the relative point of tanks and AT guns.