Just the two games this week as the Saxons were absent foraging. So we mixed things up a little and did a game of Welsh + Irish vs Danelaw Vikings. The scenario was The Crossing where both sides looked to force their way across a river and occupy the far bank.


Both sides formed a solid line ready to advance across the river, which was only Difficult Going for this scenario. 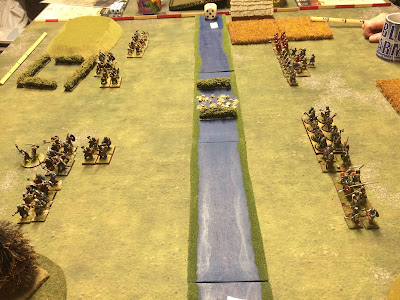 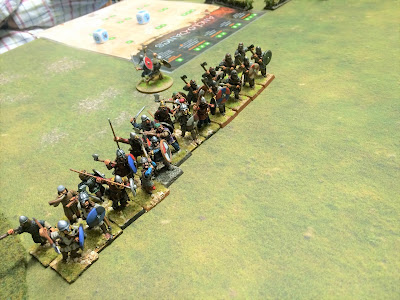 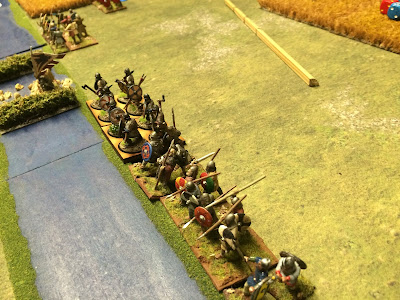 The Vikings took the initiative and advanced across the river to the waiting Danes on the far bank. They emerged from the river and into combat with the Danes shieldwall. Some good rolling and skilled use of the offensive abilities of the Vikings led to a solid win. 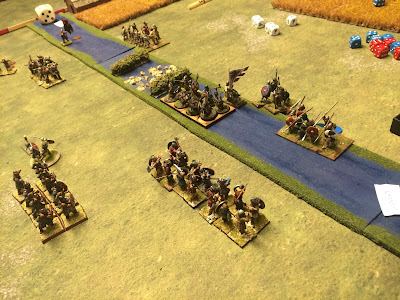 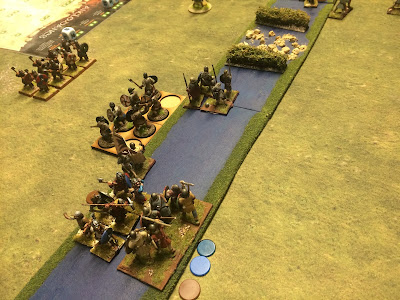 
The Vikings deployed in  a tight formation ready to advance. The Irish hid in the woods in their usual fashion whilst the Welsh lurked near the back of the board waiting for the Vikings. 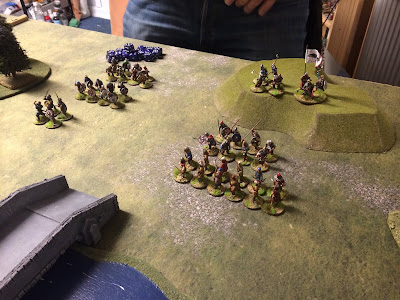 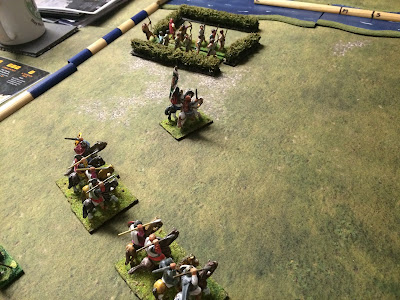 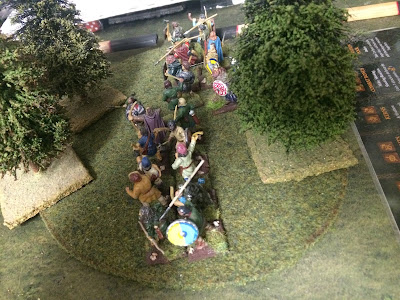 The Vikings duly attacked across the bridge with their heardguards in the lead and some supporting archery. The Irish quickly crossed the river and into cover whilst the Welsh pushed up and began shooting into the Vikings. 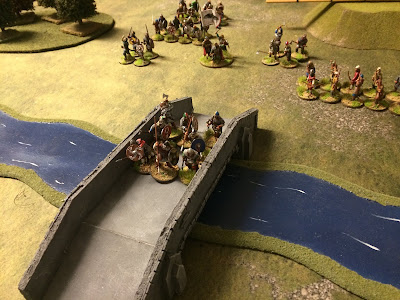 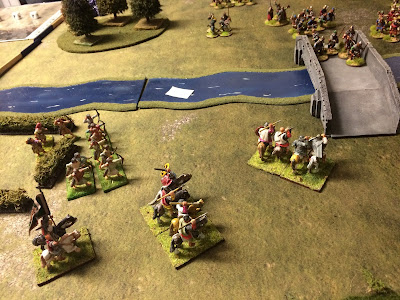 As the causalities began to, and fearing being outflanked by the Irish, the Vikings withdrew and began a gradual withdrawal across the table. 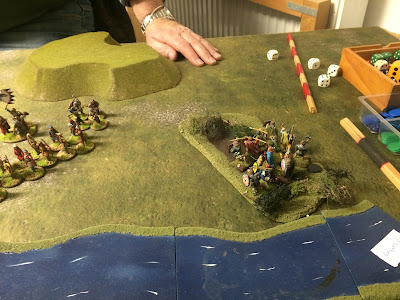 On the defensive the Vikings fell back slowly towards their base-edge under fire from the Irish and Welsh javelinmen. As the game moved into turns 5 and 6 most of the Irish / Welsh were on the far bank and scoring heavily. So a strong win for the invading Celts. 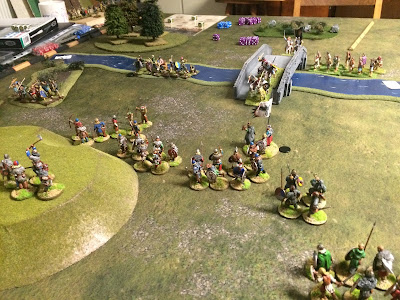 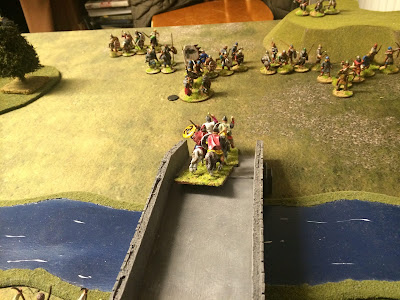