As the title says Game 9 was the final battle of our Longstreet ACW campaign. Again set in 1865. In this game the out numbered Confederates were defending a tree-line.

The Rebs deployed all along the treeline with their guns massed on their left where the victory objective was placed. 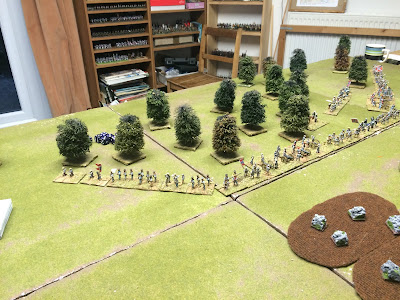 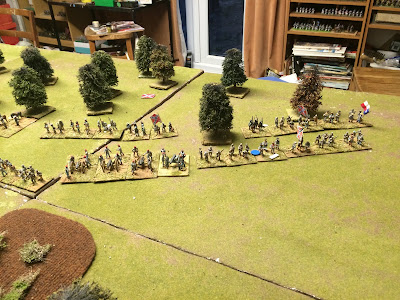 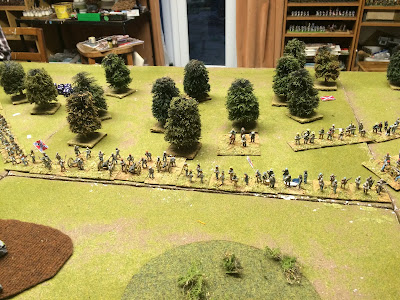 The Union plumped for a bulls-horns deployment with guns and a skirmish screen in the centre and large forces of infantry positioned to envelope the Rebs. 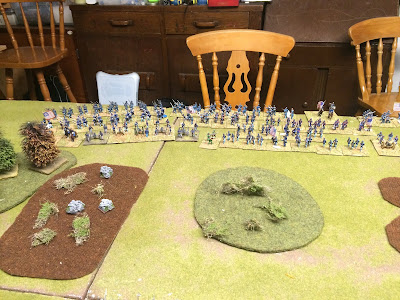 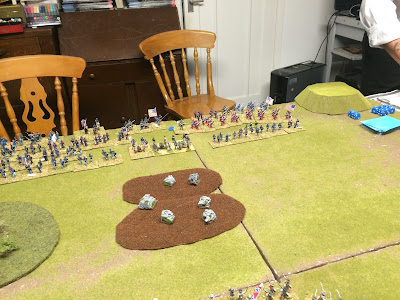 The game began with the Union flank envelopments moving in columns to try and out manoeuvre the defenders. The Confederates took to the spade and began furiously digging-in to strengthen their position. 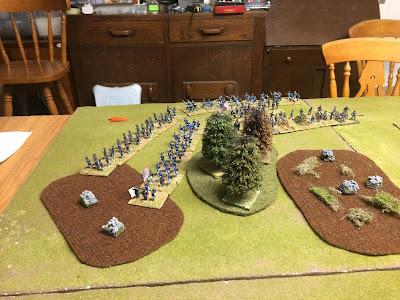 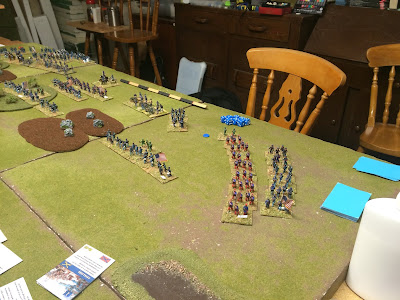 Once in their assigned places the Union forces began a fierce fusillade of musketry and artillery fire. Greater numbers told and slowly but surely the Rebs were whittled down. 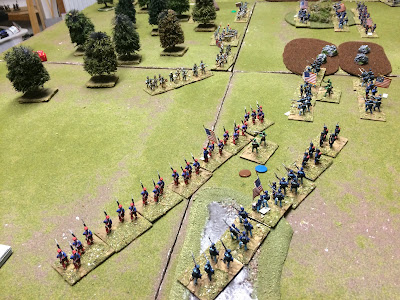 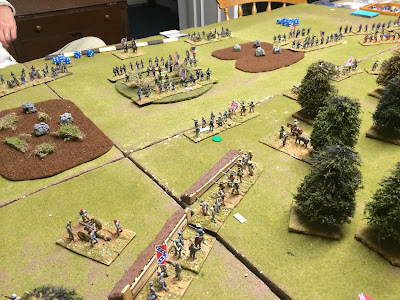 With the Confederates weakened the Union infantry advanced to pressure the Rebs line. A few swift charges of the left and the Rebs reached their breakpoint. 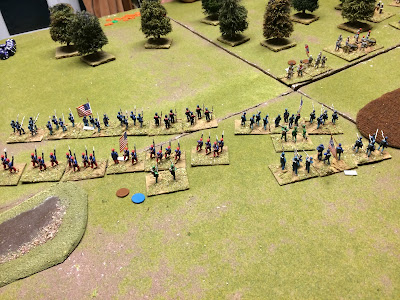 So a fairly routine win for a rather larger Union forces against a weakened Confederate force. 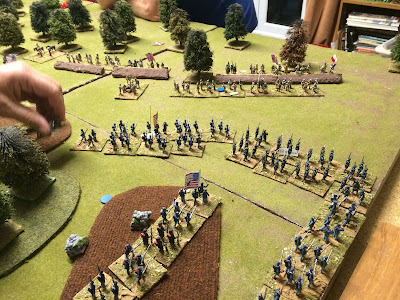 The battle done this marks the end of a rather pleasing ACW campaign. Although the Union won the bulk of the games most were quite close-run with most turning on a critical turn of card use. We also enjoyed the campaign reinforcements system. We may well play the SYW version (Maurice) at some point having large 15mm armies available.