As a curtain-raiser for our Crete 1941 campaign this weeks game was a short refresher on the rules with a few sections a side. We'll be using our own Fireteam available here for the campaign
https://cirencester-wargames.blogspot.com/p/world-war-ii.html

The set-up was a simple one - both sides were patrolling into no-mans-land and looking to push the enemy from the table.

The decisive action occurred fairly early as both sides sought to control the farm complex on the west side of the table. A swift assault by the Veteran German paras push the British back. The paras then proved very tough to harm in the hard cover. 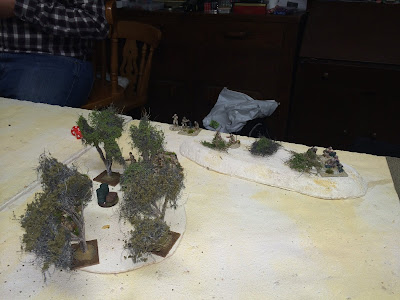 More centrally British also came under accurate and sustained mortar fire, destroying one platoon and weakening a second as they were outflanked by German mountain troops. 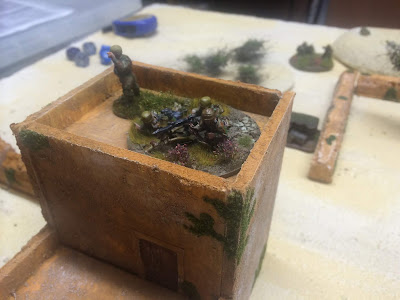 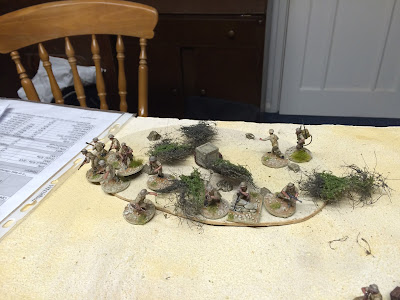 At the end-point of the game the Germans had a clear advantage over the luckless British. 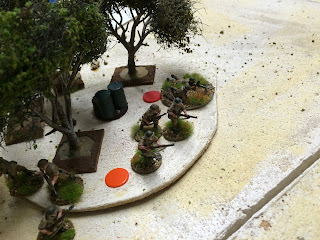 So we're all set for Crete 1941 as we've blown the cob-webs away. In my next post I'll publish the campaign rules themselves.