Last weekend saw me have a binge of two of my favourite pastimes - wargaming and cricket. the former involving some Hinton Hunt peninsula war action.

Friday pm saw me in Bristol for a couple of games of Saga. The first saw my trusty Saracens taking on the Milities Christie in a scenario where the aim is to kill as many of the enemy as possible. It was a bloody affair but I emerged victorious thanks to some solid shooting. 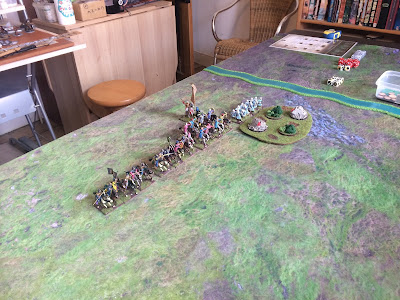 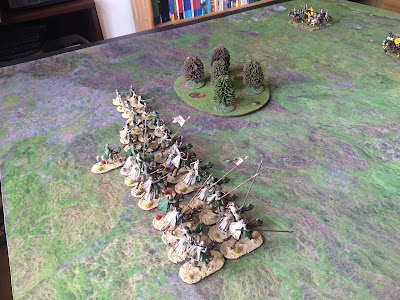 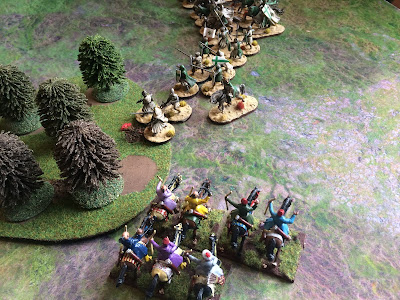 The second was a more involved scenario - the tides washes in from one side killing all figures in its path, unless you are on the single central Hill. This time I fought the Crusaders and I lost this battle due to higher casualties. 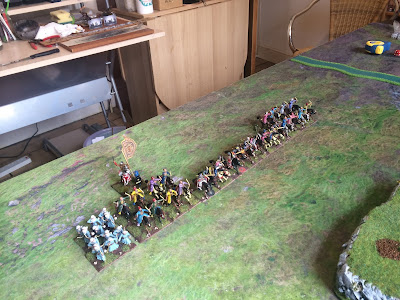 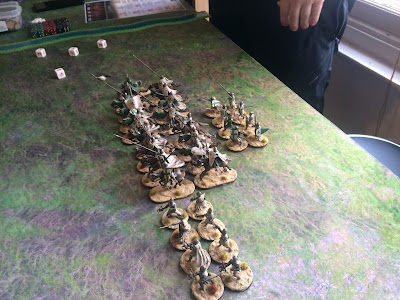 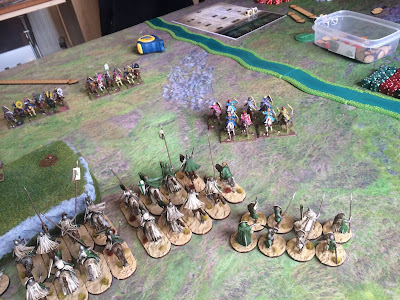 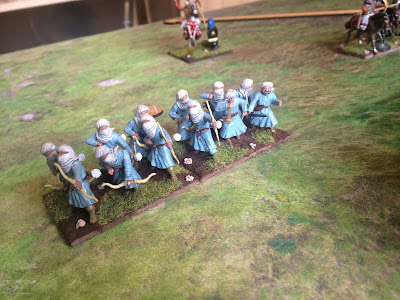 We departed bright and early for Day 3 of the 4th Test in Southampton. It was a glorious day for weather although very much one for India as England struggled to 230 lead with 8 wickets down at the close. Most disappointing was Root's silly runout on 48, but Buttler and Curran made amends. 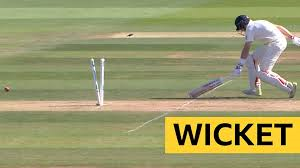 As my companions and I were all gamers, we had planned an evenings gaming as we were staying over in an apartment near the ground. We had selected an ACW game of Longstreet but with a twist. Not wanting to take figures we had printed some paper figures and used improvised terrain of boxes, placemats and door mat pieces. Very much back to the roots of the game when I was a lad using home made terrain and paper figures. For the record the Confederates won the game in about 2 hours. 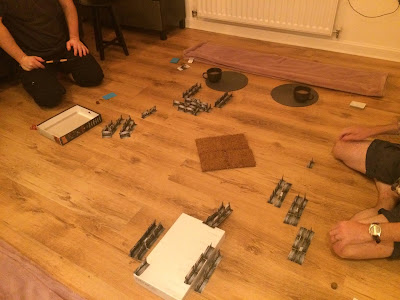 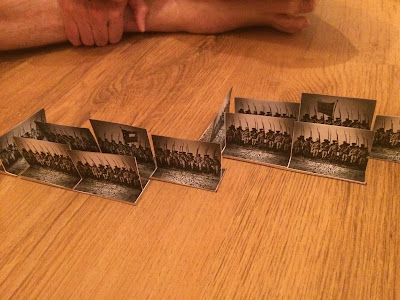 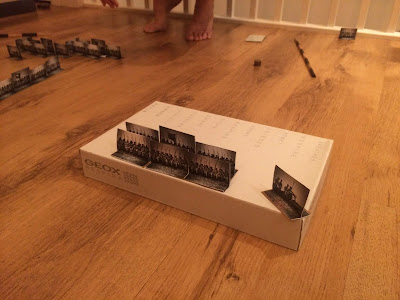 Sunday was the day of the first Cotswold Wargames day and so I hot-footed it from Southampton to Northleach (via Bristol) to take part in the action there. Nothleach is also the home of wargamer emeritus Stuart-the-Elder aka "The Published Author", so I was able to catch-up with him. I was there mainly to take part in a Hinton Hunt 20mm Talavera refight, which the French eventually came closest to winning.

There were several other games on display including some 30mm SYW which caught my eye. 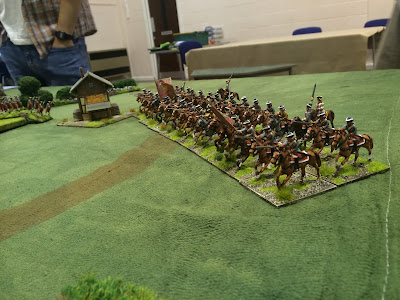 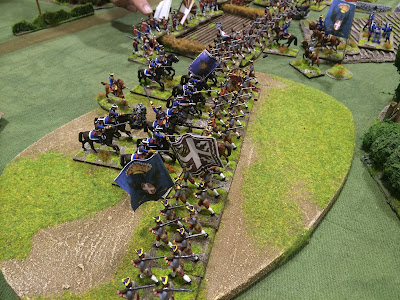 So I suspect a never to be repeated weekend concluded with me back home, tired but contended.