Lacking several players we decided not to begin the campaign proper with the planned German assault so that Hauptmann Koch would not be overloaded with too many troops. So instead we did a small patrol game with a platoon a side. The British began on a hill with the Germans in the valley below. 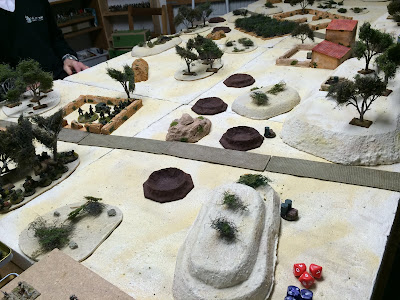 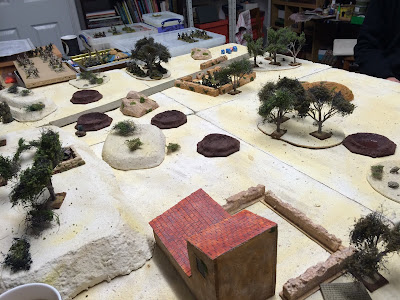 The Germans deployed immediately with their forces mostly opposite the British left and a single HMG holding their own left flank. 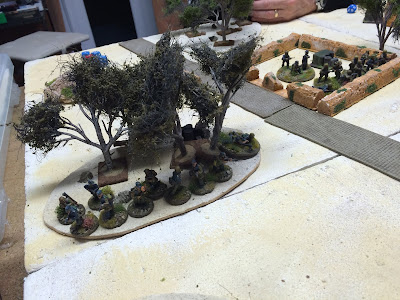 The more numerous British deployed on the ridge and into a farm-house of their right. 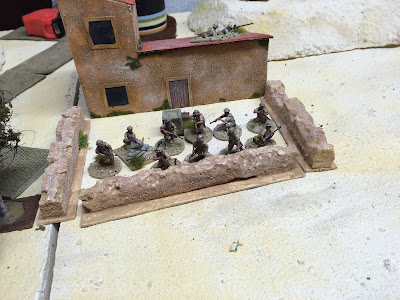 The game settled into a medium range firefight as the Germans sought to exploit their better survivability. There was a brief attack by the Germans flamethrower, which was quickly destroyed by a determined bayonet charge.


As the game drew to a conclusion the German HMG was destroyed by some accurate British fire. This opened-up the flank and allowed them to quickly get behind the Germans position, capturing two jump-off points in the process. 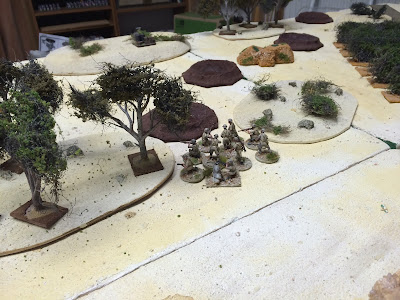 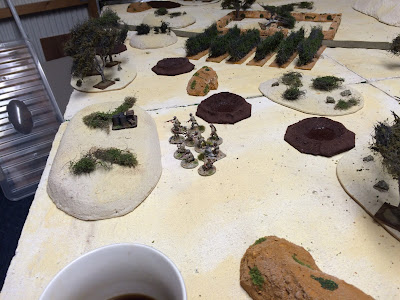 With the Germans steadily loosing troops a British victory was declared. 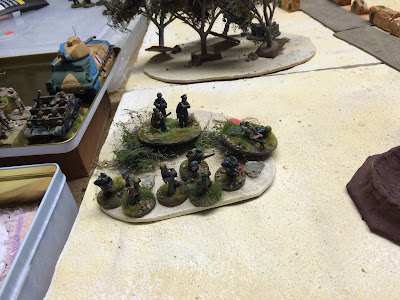