A brace of Napoleonics

The last couple of weeks we've be between campaigns, so took the opportunity to dust-off our 28mm Nappies and hold a couple of games. Both were from Charles Grants Wargames Scenarios.


In this scenario both sides fought to control a hill-line that dominated a vital road junction. Russians / British were pitted against French.

Both sides seized the BUA closest to their deployment area but its was the Russians who made the most aggressive move pushing forward their Cuirassiers to try and slow-down the French advance. Unsupported though, the Russians cavalry were shot-up before being charged and routed by their French opposite numbers. 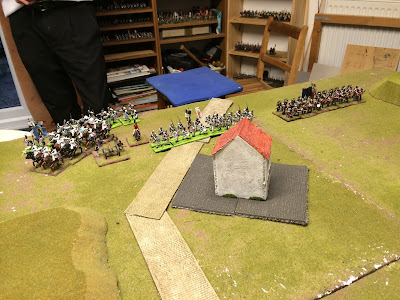 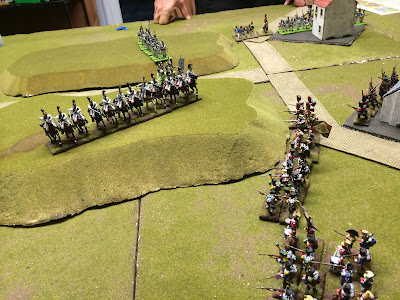 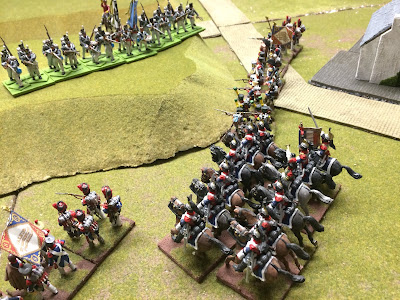 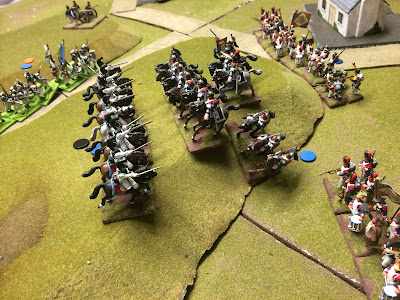 The French then brought up their Chasseurs and infantry in support before advancing on the main hill-line. The Chasseurs were painted by Stuart-the- Elder and completed / rebased by me, 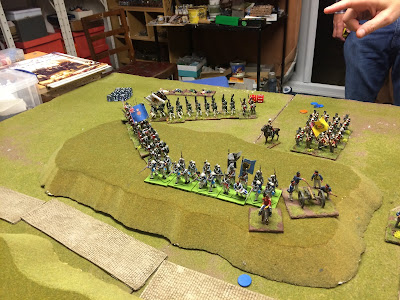 In the decisive move of the game the French launched a combined assault against the Russian / British infantry, sweeping them from the hill and securing victory. 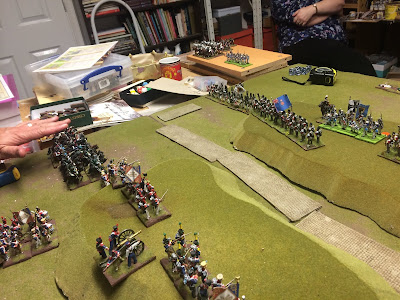 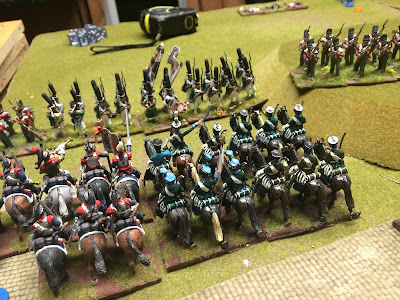 In the second scenario the French are established in a bridge-head and must attempt to break-out by seizing a ridgeline held by the Russians.

The French began with half their troops behind the river and very crowed deployment zone. To prevent the grater French numbers coming into effect the Russians attacked with cavalry on the flanks and infantry in the centre. 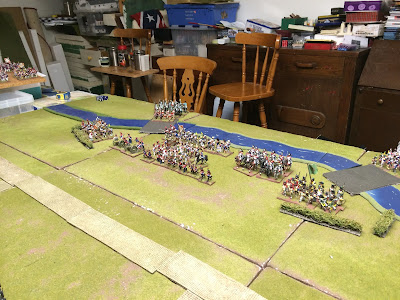 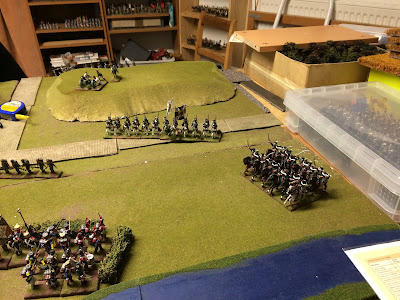 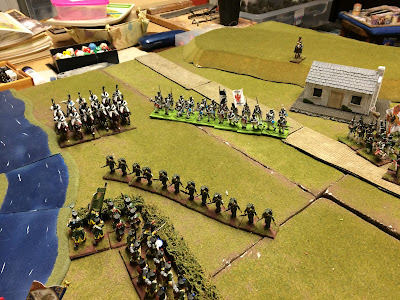 however the infantry faired better, pushing some of the French back. The lack of cavalry support left the Russian columns exposed though and one was routed by the Chasseurs. 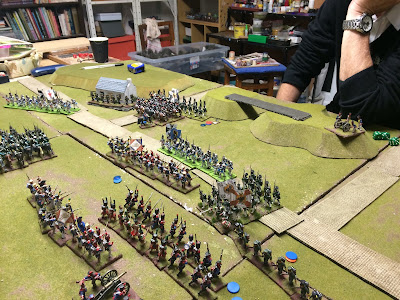 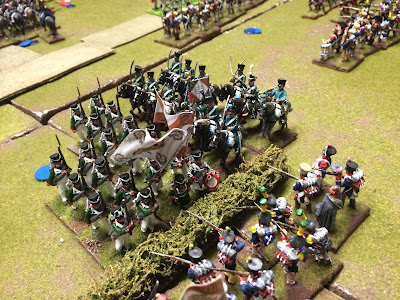 With the Russian attack halted the French vegan a counter-attack, but were unable to take the ridge-line before darkness fell. 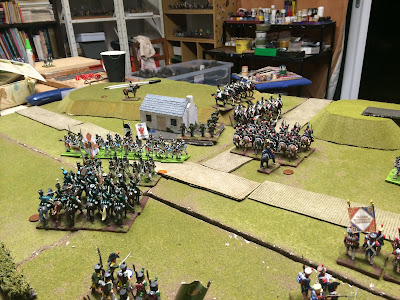