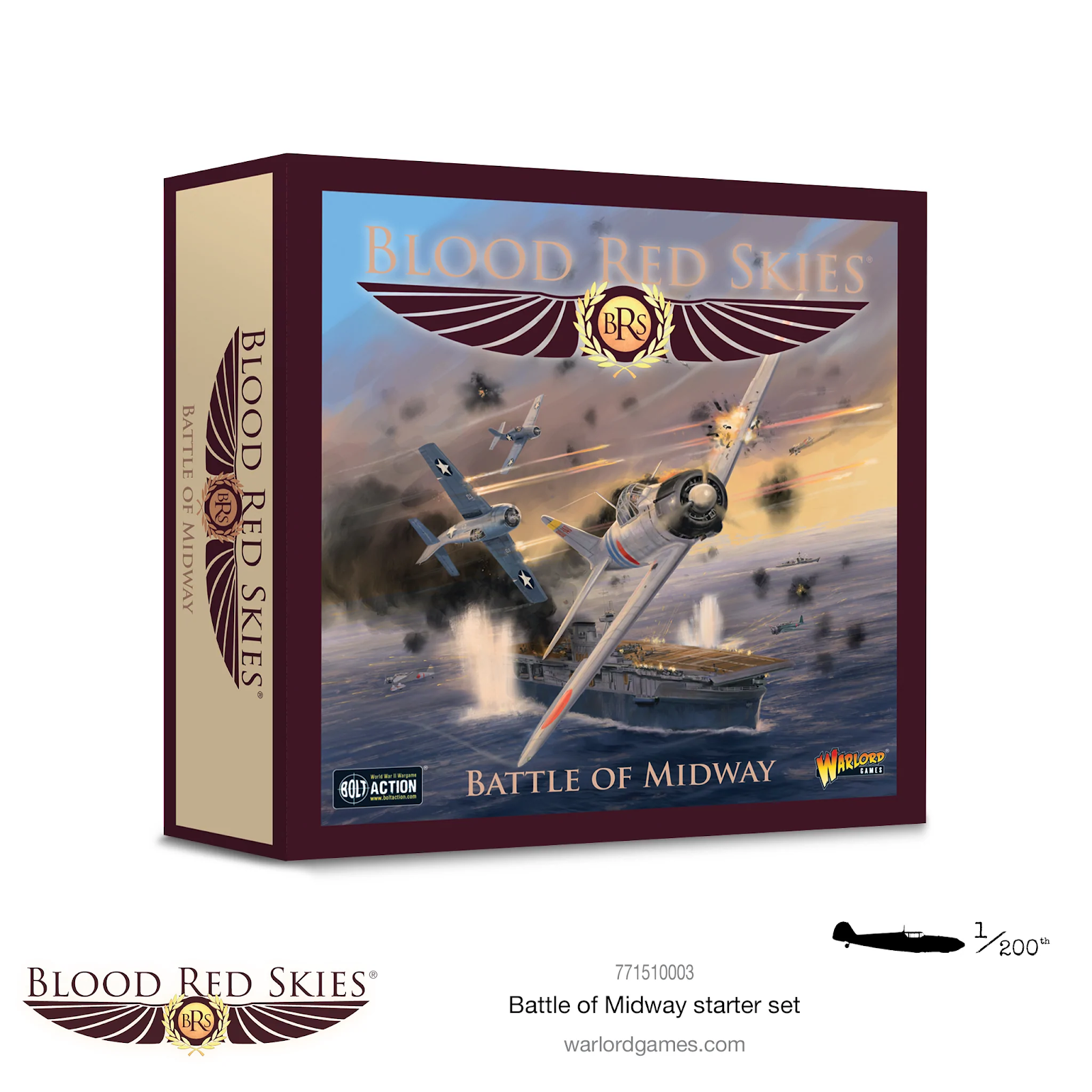 Over the Christmas break I've started painting some planes for Warlord Games Blood Red Skies. In fact its not that new a project as I bought their Battle of Midway set back when it launched in autumn 2021, but got distracted into other projects. I added a few more planes to the pile this Christmas so thought I should make a start.

I'll have 12 fighters and 12 bombers per side so it should be enough for two parallel games. I roughed-out a campaign system over the summer, so look out for a future game.

The planes themselves are 1/200 scale resin, so a couple of inches square and do look rather nice. 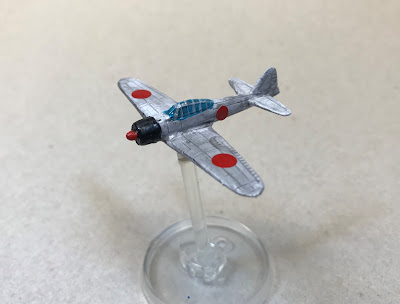 Second the F4F Wildcat, the main US naval fighter until replaced later by the F6F Hellcat 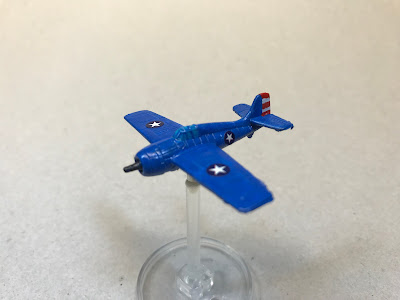 The game uses a three-position base (forward, upright, and backward) to show the advantage status of the planes as an abstraction of height. I felt this did nt look very attractive so went to the additional effort of magnetising the planes so they can be inclined while the stand remains upright. 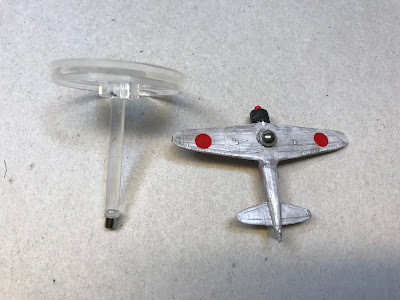