Having fought through all the scenarios prepared for ACW we decided to utilise the large number of figures to do some larger battles. Two tweaks were made; guns were made less powerful (8 dice  vs 12) so we could field more and all troops outside musket range could move without command dice.

The first game we tried was Stone's River, which was a western theatre battle fought in early January 1863 so almost a 160 years ago to the day. 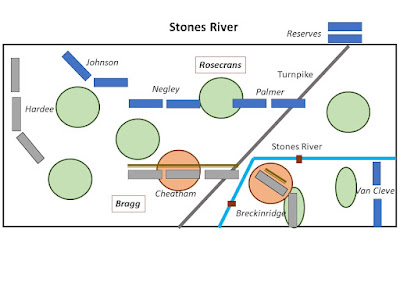 The Confederates are outnumbered 3-5 and on the defence in the centre. Both sides have managed to flank the enemy on their left. 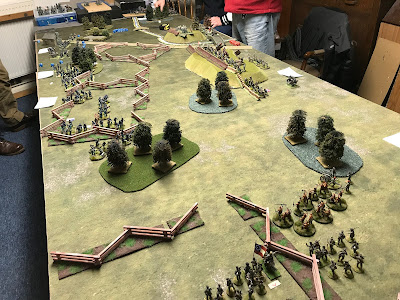 In the east of the field the Confederates had hard cover but were attacked from two sides by the Union. A strong flanking force was advancing through a wooded area while more troops attacked over river. 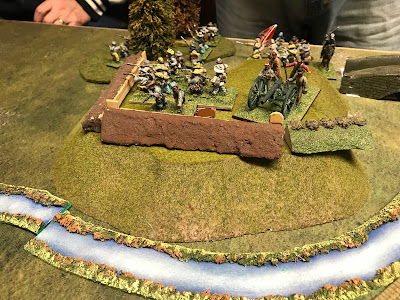 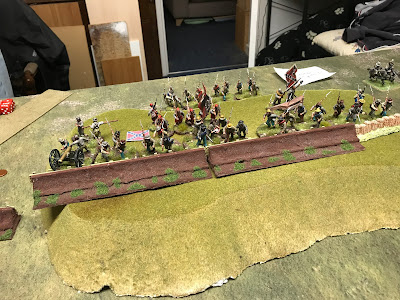 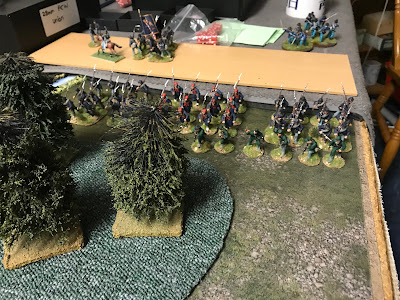 By the end of evening the Union had cleared out defences and were posed to attack into the main position, which contained two objective markers. 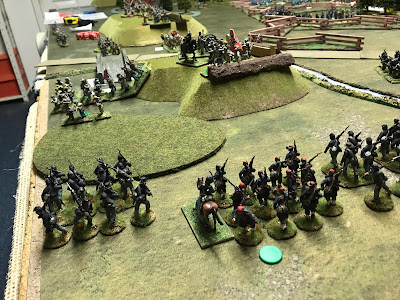 Centrally the Union advanced cautiously, fearful of approaching piecemeal and being picked-off. 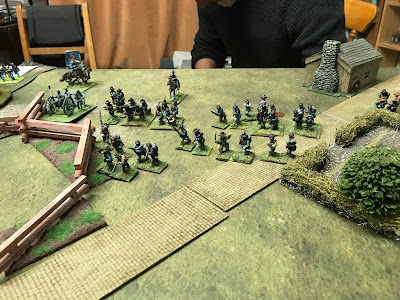 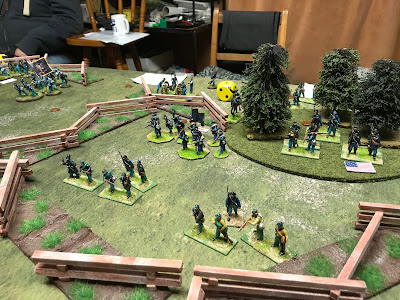 Both sides deployed skirmishers with the Rebs doing rather better as they enjoyed artillery support from the hill. 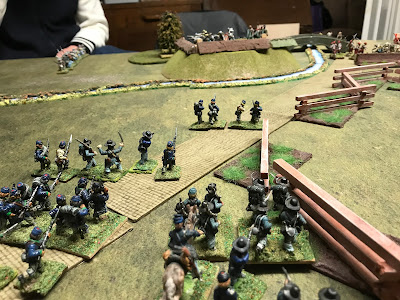 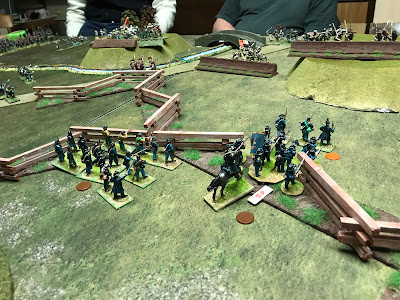 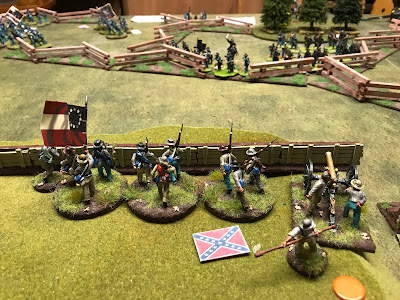 Finally in the west the Confederate flankers massed to attack, with the two independent units both being allocated to this command. 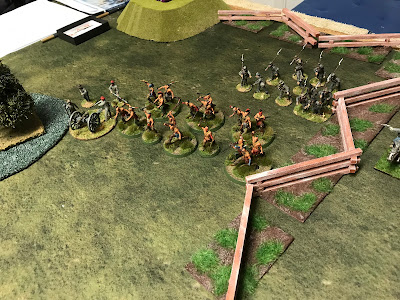 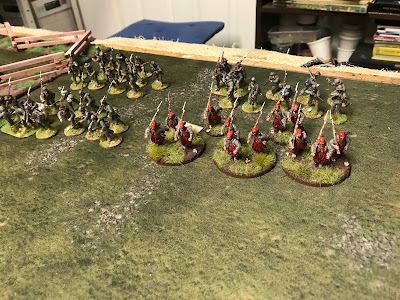 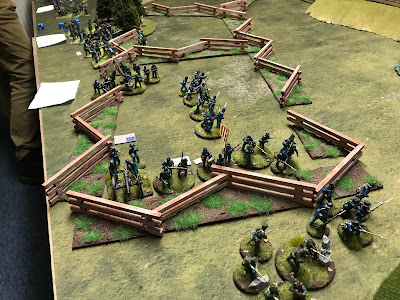 The Union pushed forward skirmishers to slow the attack, which proved very effective. A series of random events led to friendly fire from the Rebs and a couple of ambushes near the wood.  The Confederates lost a unit, their officer and saw a couple more units damaged for the price of one Union skirmish unit. 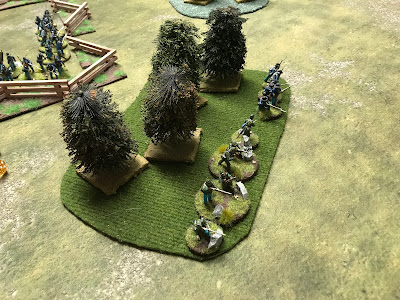 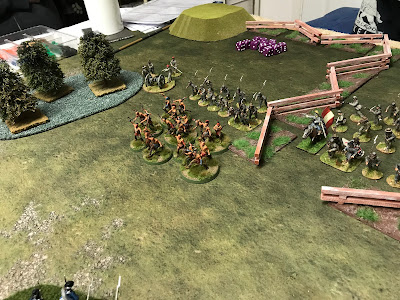 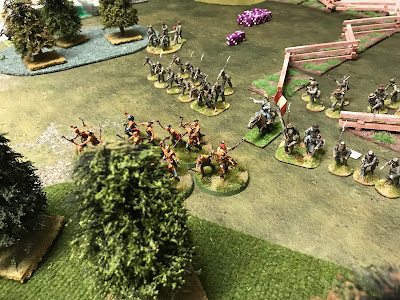 Week one ended after 6 of the 15 turns had been played. The Union is posed for an attack in the east and their reinforcements have arrived. Things are cagey in the centre with lots of long-range fire. In the west the Rebs attack has stalled slightly but the C-in-C has arrived to take charge. 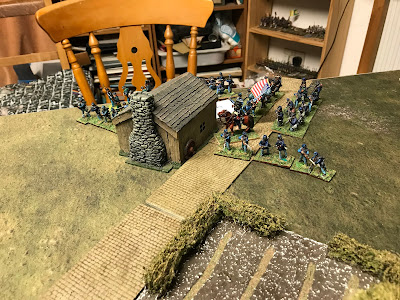