Our second big battle is also from the west and takes place about 9 months after the first. This is a reverse of the previous game with the Confederates on the attack. 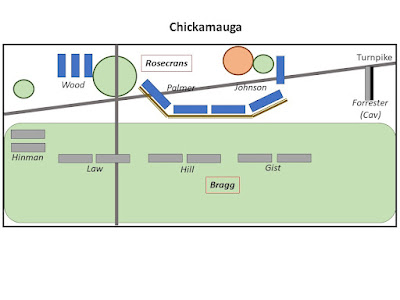 The Union troops deployed mostly behind a series of defences along the turnpike with Wood caught out of position by the Confederate attack. 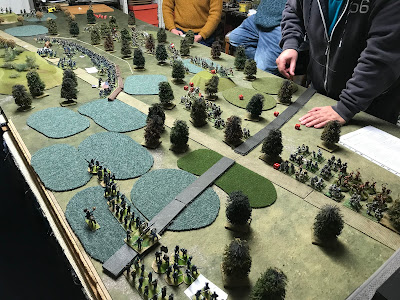 The Rebs massed most of their troops in the centre and to the west, with wooded terrain covering their advance but also slowing them down. 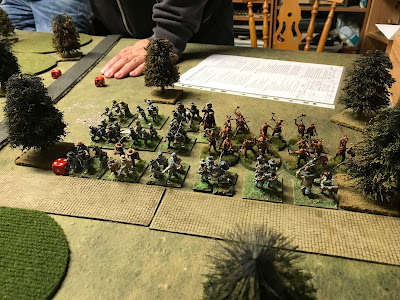 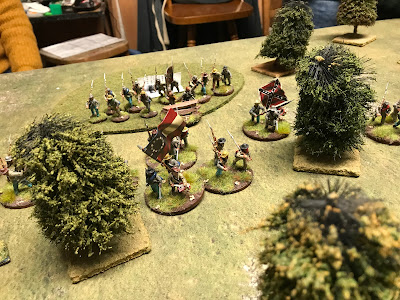 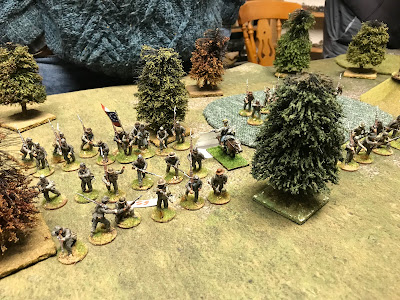 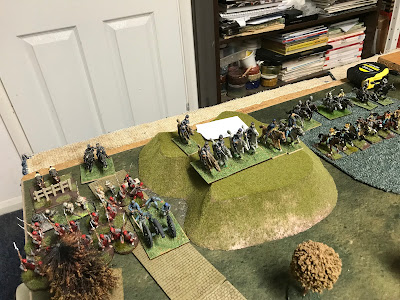 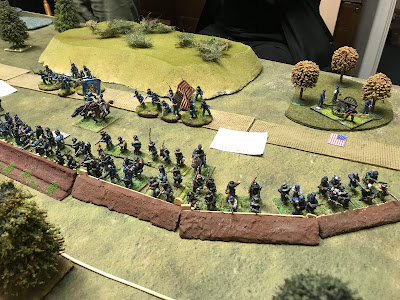 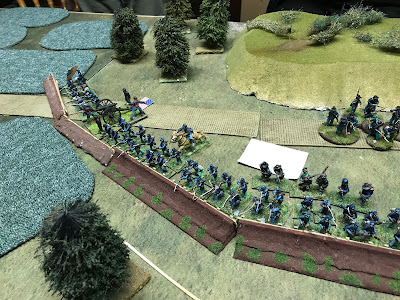 Wood opted to deploy in a defensive posture and so seek to weather the storm rather than try to re-join the lines. 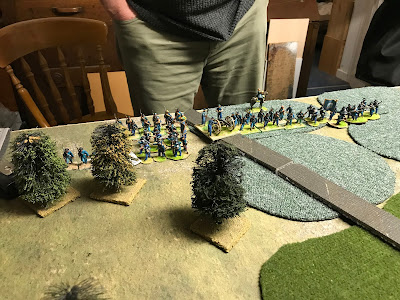 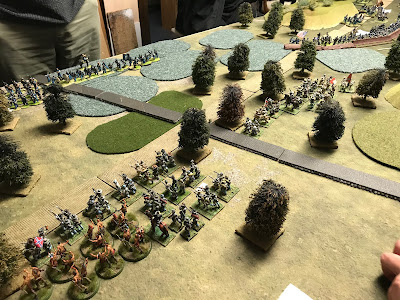 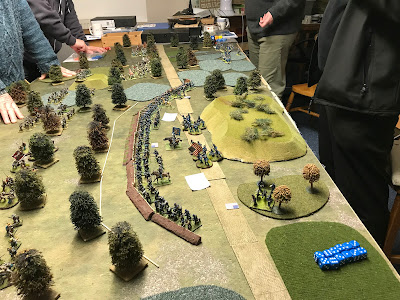 The Confederates advanced in the west looking to put immediate pressure on Wood's command while over in the east Forrest's cavalry attacked the open Union flank forcing them to redeploy their reserves immediately. 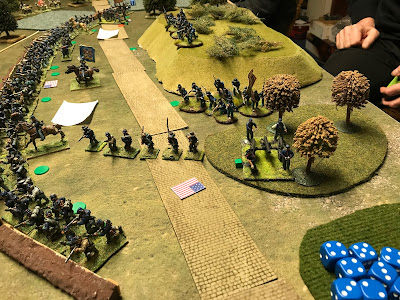 Greatly out numbered Wood found himself pushed back and heavily pressed. Centrally the Rebs advanced near the forest edge and so tied-up the bulk of the Union forces who dare not leave their trenches. 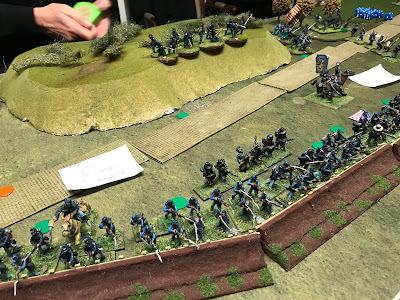 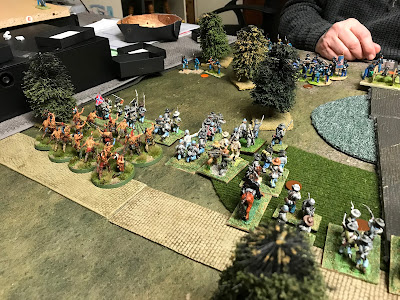 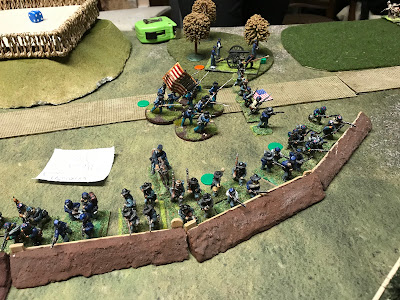 Forrest probed with his skirmisher and tried a probing attack with his cavalry. He was making only slow progress but was keeping the Federal front line honest. 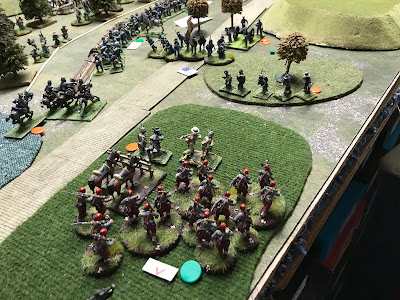 Steady fire from the Confederates weakened the Union troops and one broke leaving a whole on the east flank. With Woods too far away to help this left the Unions flanks open to attack. 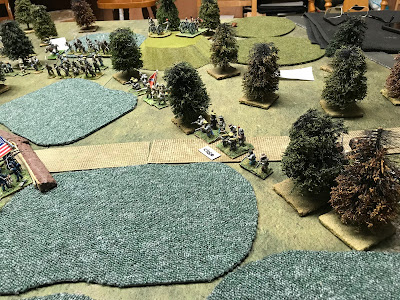 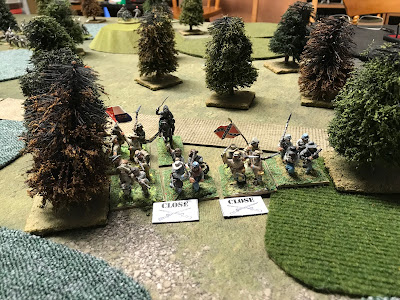 At the close of play the Union eastern flank was heavily damaged and about to be swamped. Woods was all but spent and about to withdraw. The centre was largely fresh but unable to disengage due to the Rebs waiting in the forest and the west flank had been turned. Defeat seemed very likely with only 6 turns player and 9 more to come.