Once again, we had enough players for 3 tables - one accommodated 4 people so we upped the points from 24 to 32. The scenario was a pretty simple one, both sides started in a corner and tried to get units off the opposite edge. Being night, you could not shoot over 12" until turn 10. 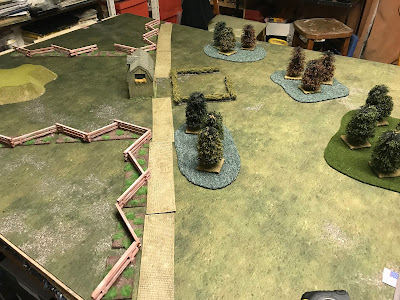 The Confederates were quickest off the mark, quickly getting to the centre of the table and grabbing the house. The Union looked to defend the cover nearer their corner and await the attack. 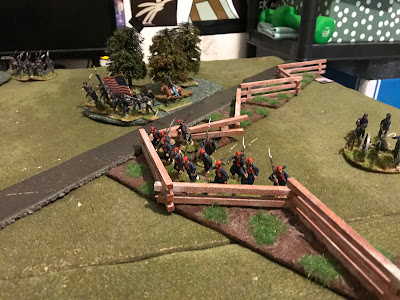 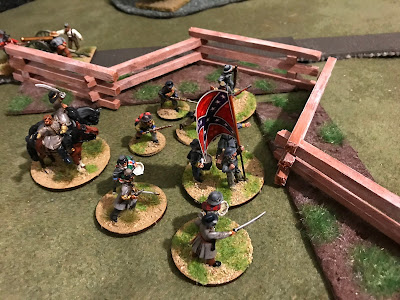 I missed the final scores for this one, but I think it was a Rebel win. 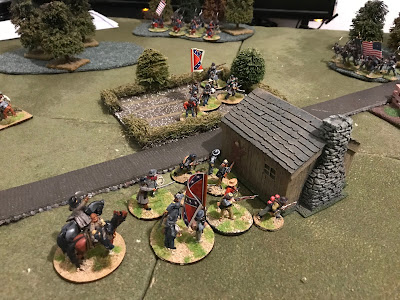 A clash of deployment styles here with Napoleonic columns for the Union and rough mobs for the Confederates. We also opted for a local rule that columns should try to shakeout into something more linear for shooting to prevent too much focused fire. 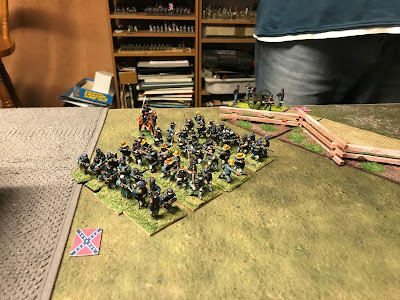 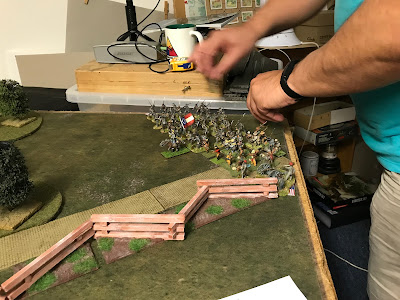 Both sides moved as quickly as they could, setting-up a clash in the centre of the table. First into combat were some Natives, our first use of them in the campaign. They got pretty badly mauled by the Union troops, but the experiment will continue in future games. 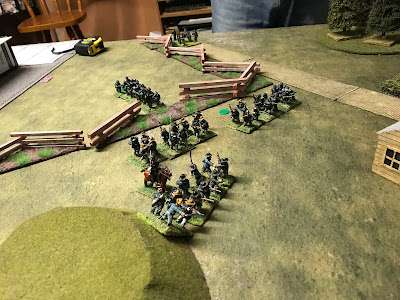 This one ended a draw with both players earning a point for low casualties suffered.  The Union officer was captured so costing 3 honour points to recover him. 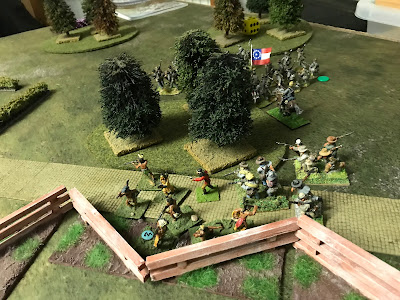 Some crowded deployment zones here with 32 points a side on the board. The Union attacked cautiously on their left and more aggressively on the right. The Rebels attacked swiftly through the middle and their right. 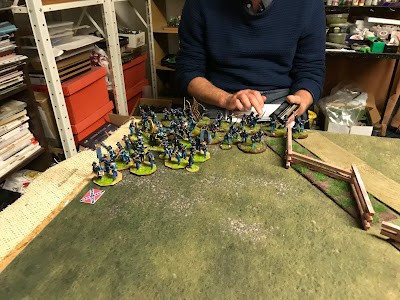 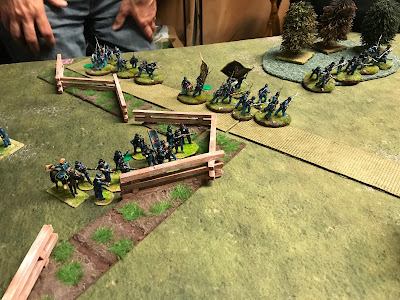 The Union captured the central house, and this proved a thorn in the side for the Confederate as it gave a firing position in the centre of their lines as they prepared for their attack. The Union troops on their left fell back before the Confederate advance and made little progress. The Union on their right attacked boldly but took heavy damage once the sun came up from Reb artillery. 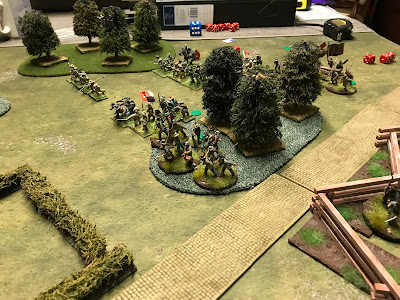 This game was a marginal draw for the Confederates on casualties' cause/taken.