This was a second round of practice games, but this time featuring representative army lists and objectives. The game was a pretty simple - capture the farmhouse and hold it until the end of the game. 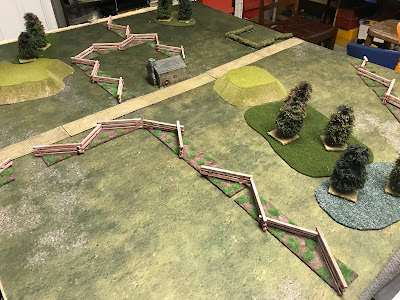 I played in this game commanding the Union forces. We both pushed forward with the Rebs moving first and grabbing the house while their artillery tore big holes in my lead unit. 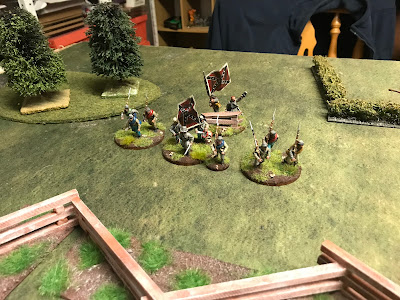 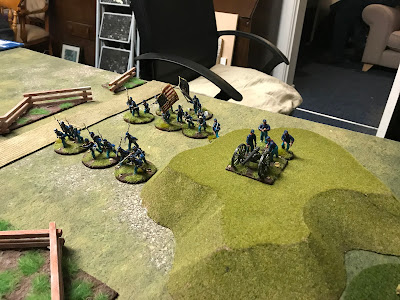 This prompted a change of approach - I looked to surround the house and pour in fire from three sides while my artillery picked off units the backfield so they could not reinforce the defenders. This proved pretty successful. 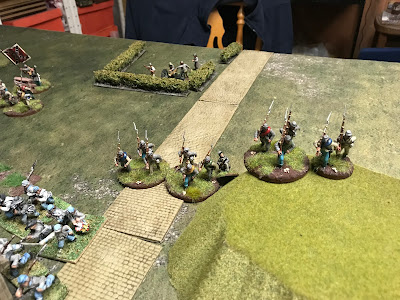 Late-on I went short on ammo and so the Rebs launched a charge that pushed back the unit defending my right. I was able to fight back and ended the game holding the house. 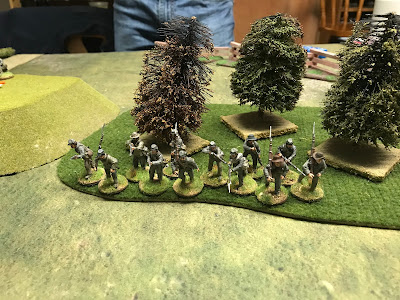 In this Union forces held back looking to adopt a defensive line near the house without really looking to capture it. 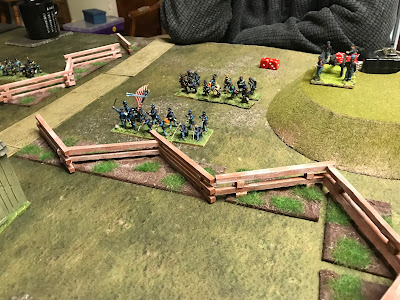 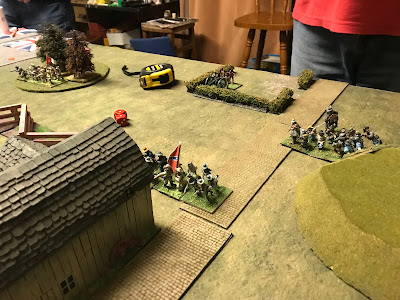 The Confederates attacked with their usual gusto but suffered in the face of accurate Federal firing. Neither side held the house at the end, but the Confederates had taken the greater losses. 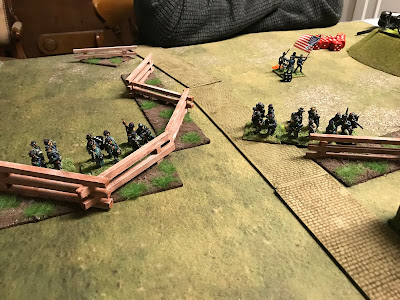 In this game it was Union troops who were the more aggressive. Darkness fell early on this table so there was no result, but the Union had probably made the most ground, but we'll never know if they were over extended or in a winning position. 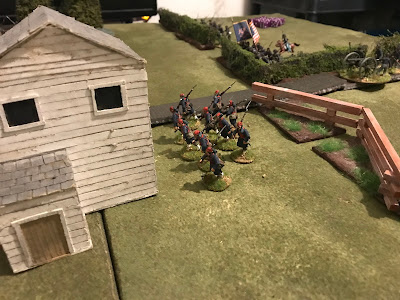