This week's scenario involved the attacking trying to bridge a river using two teams of engineers. This week I set-up some denser terrain than for previous games. We had 6 players so ran 3 games. 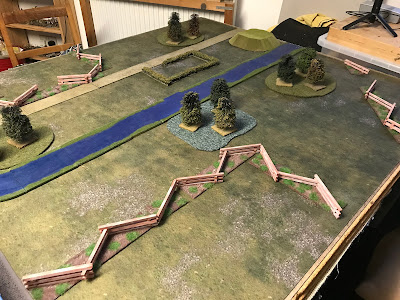 The Confederates were on the attack in this game. They opted to try and build two bridges close together in the shelter of two woods on the east side of the field. 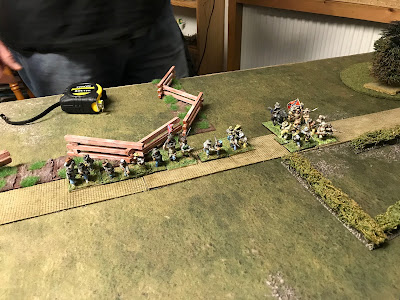 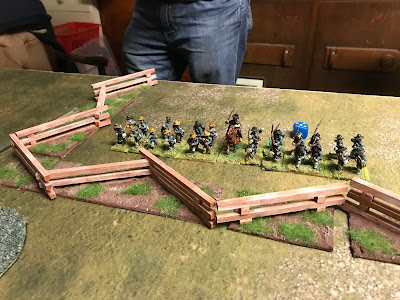 They managed to move quickly and with some good rolling were able to build the bridges quickly. So a win for the Rebs. 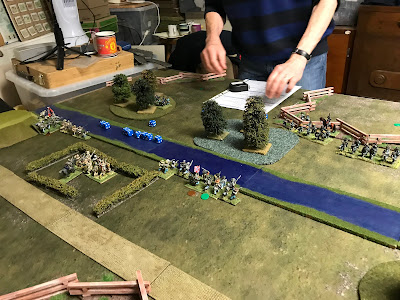 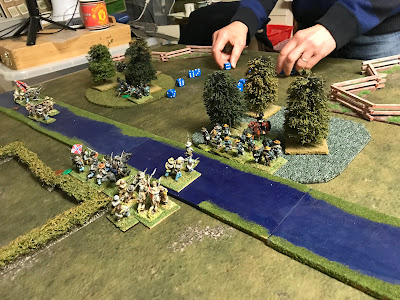 In this game the Union had the task of crossing the rivers. They pushed forward, looking to focus on a bridge in the centre of the table. 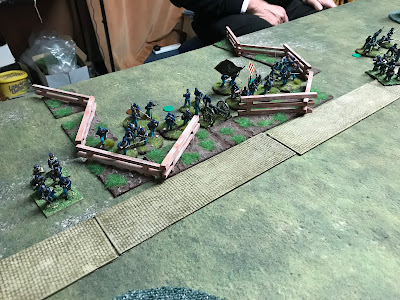 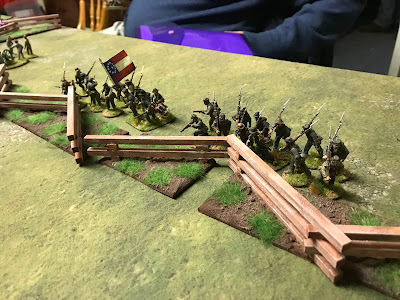 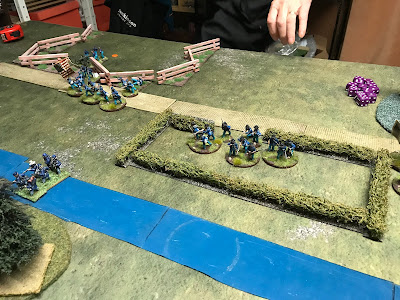 They managed to get to the river first but faced long-range fire from the Rebs. They made some progress and managed to build two-thirds of a bridge before darkness fell. Honours were pretty even. 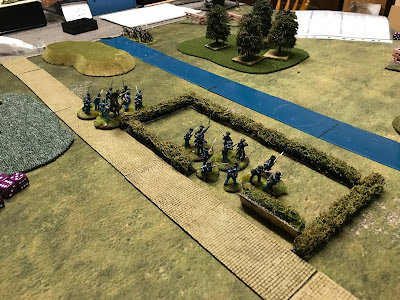 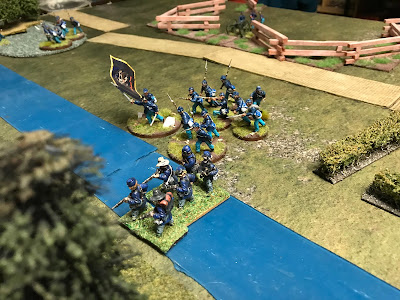 Again, the Confederates were attackers in this game with me at the helm. I deployed with a strong central force at looked to split the enemy by building a bridge at each end of the river. 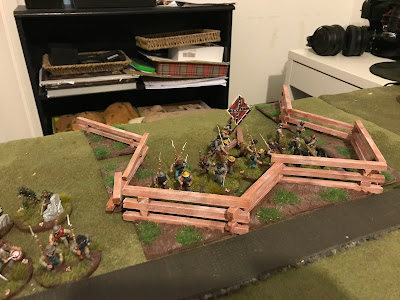 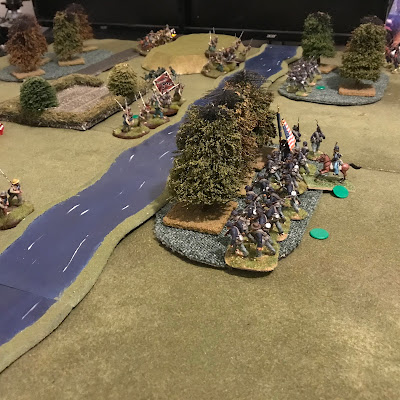 Some accurate shooting from the Union troops slowed down the bridge building as the engineers were forced to relocate to avoid taking damage. The Union troops took very heavy damage but when darkness came the Rebs had only managed to build to partial bridges. So again, honours split. 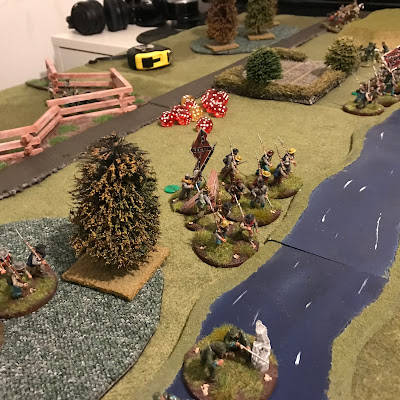 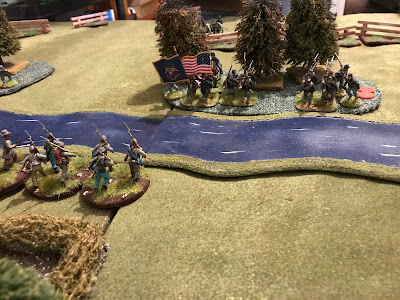