We had 8 players this week so enough for 2*standard (24 points) and 1*larger game (32 points) games. The scenario was from the rules - capture the hill and hold until darkness. The game has a random end-time so its risky to plan a specific number of turns. 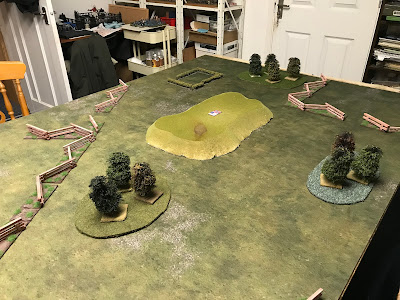 This was the bloodiest of the games with both players throwing the majority of their forces straight at the hill. 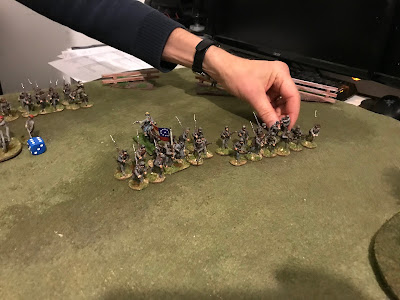 The Confederates were first onto the hill but were swifty attacked by the Union forces who managed to capture the hill before being thrown back then finally retaking the hill. 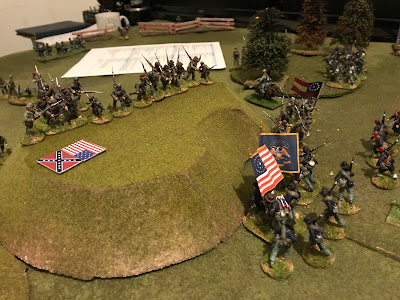 A close and action-packed game saw the Union taking the spoils. 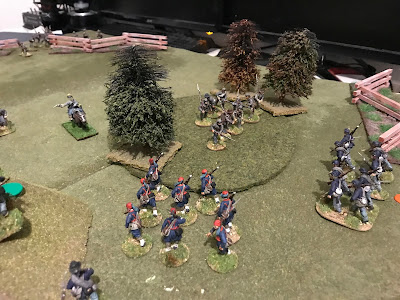 This was a cagey affair with both sides advancing carefully behind the cover of the main hill whilst the artillery took pot-shots at each other. 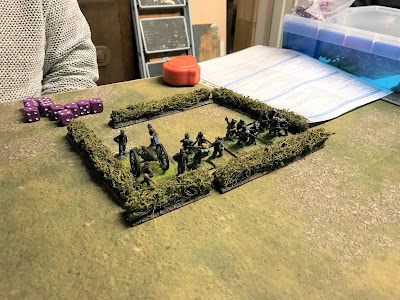 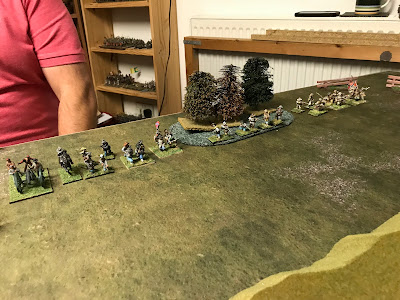 Both forces stayed out of sight until the Union plucked-up courage and crested the rise at one end. Neither side was able to capture the ridge, but the Feds had the better of the shooting and caused the greater damage. 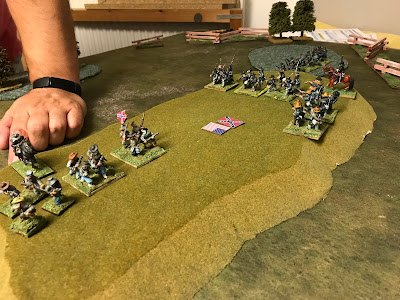 In the final game two different plans were in play. The Union forces hung back in cover hoping to move late and grab or contest the hill only in the last few turns. The Confederates looked to get their best shooting units onto the reserve slope whilst the aggressive units turned the right flank through the woods. 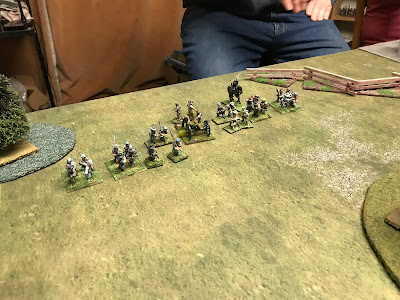 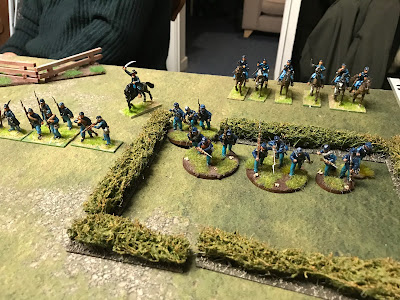 The Rebs attack through the wood went pretty well as they routed the unit holing that side. More centrally they suffered though as a unit of Union Light Infantry beat them to the woods and they suffered from shooting trying to push them out. 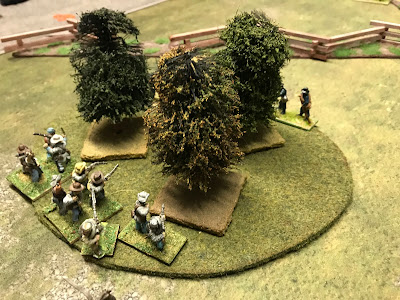 The main force was though able to capture the unopposed while the flank attack kept the Union busy. Honours were even though with the Rebs taking greater losses in securing the hill. 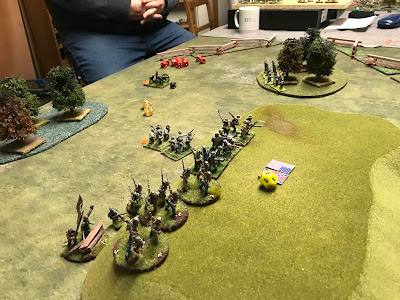