After a week's absence we're back in action with a scenario involving the attackers trying to capture a battery. The defender has two guns and 12 points of train guard vs 24 points. The aim was to capture the guns. 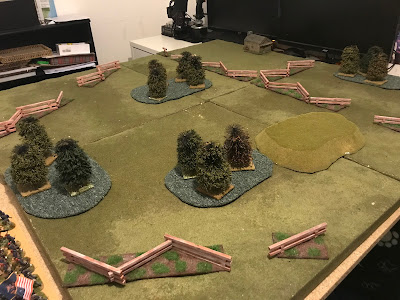 The Confederates were defending in this game and decided to flood the board with lots of low-quality troops to jam up the table. Natives were held centrally in a wood to provide a melee threat close to the guns 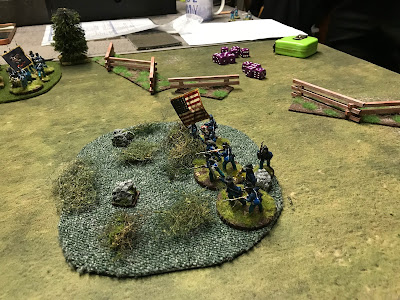 The Union attacked across the front seeking to use the cover to get into firing range of the enemy and cause attrition damage. Seeing the Union hanging back the Confederates eventually counter-attacked with the Natives winning a melee victory. Defender wins. 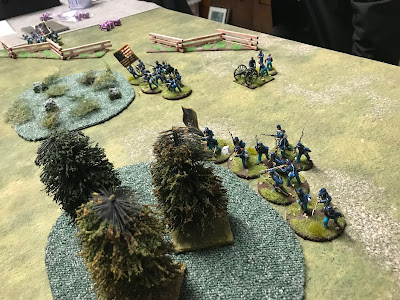 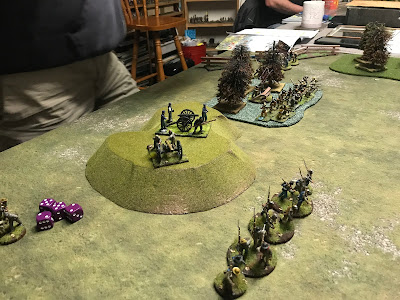 The Confederates attacked in this game, going for a large central mass aimed straight at the guns with flankers shooting on the way in. This proved successful with the defenders whittled away and the guns at risk. 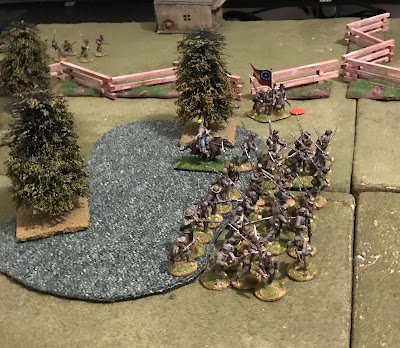 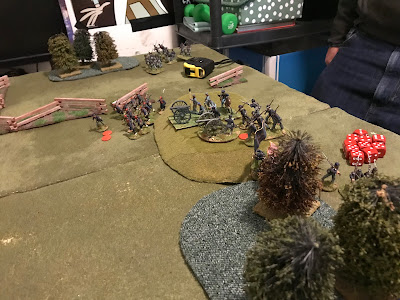 In the nick of time though some unexpected Union reserves arrived and steadied the line, This proved crucial as it gave the guns time to destroy the attacking columns.  Defender wins 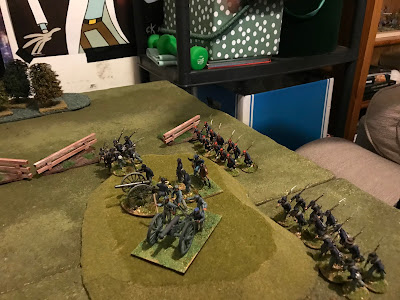 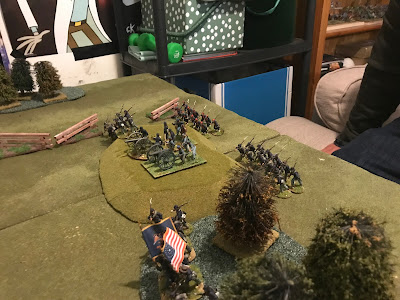 The Confederates again defended in this game. going for some fairly cheap infantry to defend the guns. The attacking Union went for a fairly high-quality force. 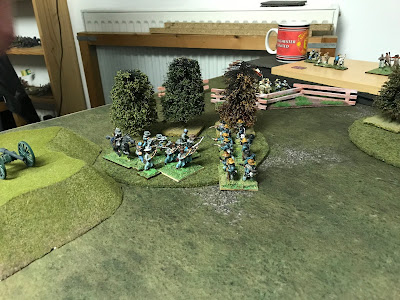 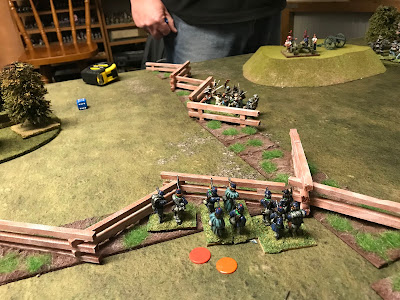 The Union moved very rapidly in an attack down both flanks and accurate shooting quickly cleared the battery from the hill. The Confederate infantry were though able to take up concealed positions that stopped the attackers getting close enough to take the guns. Defender wins. 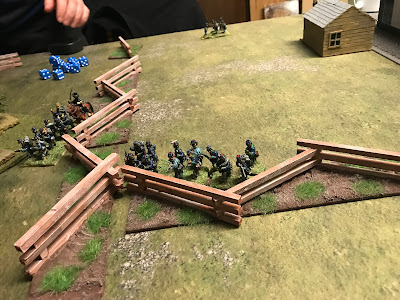 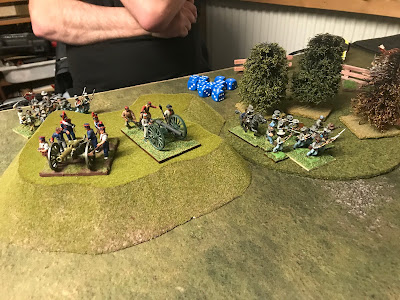 So, three wins for varying comfort levels for the defenders. Our post game analysis was that the attacker maybe needed a 25% points advantage to have balanced the game better. A fun scenario though.
Posted by Wargamer Stu at 00:15