In this week's scenario a defending force is surprised by a larger attacker and must either try to hold on in its initial deployment or fall back to a sunken road in its rear that offers a better position. The attacker is trying to get units onto the sunken road. 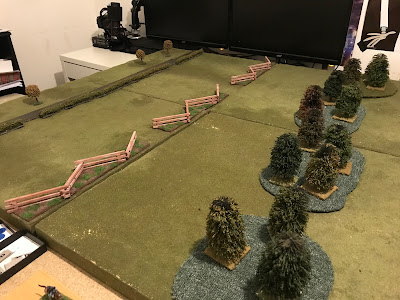 The defending Confederates deployed in a series of clumps across the table looking to quickly fall back or block the Union advance as the situation dictated. The Union emerged from the woods in an attack focused down the western side of the table. 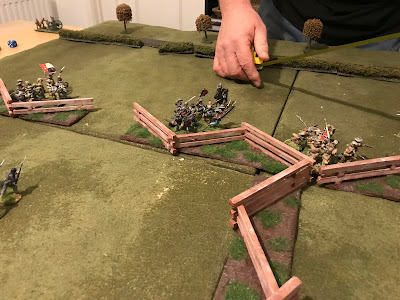 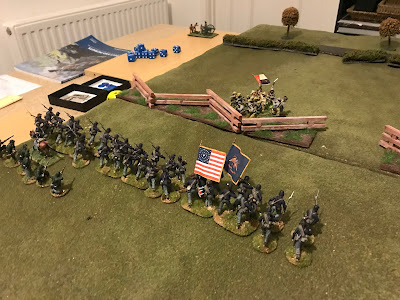 The Union moved quickly and were able to cross the first obstacle and turn the Rebs flank before they had managed to withdraw. This forced them to pull back in a bloody retreat. The end result saw both sides inflict heavy damage and end-up with units on the road. 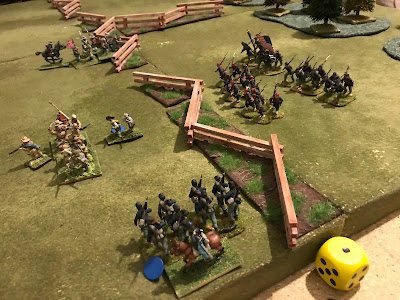 This game was 32 / 24 points rather than 24 / 18 to accommodate the additional player. The attacking Union advanced slowly across the line with a central gun looking to provide fire support. Being a larger game, this was the only one where the defender deployed a gun. 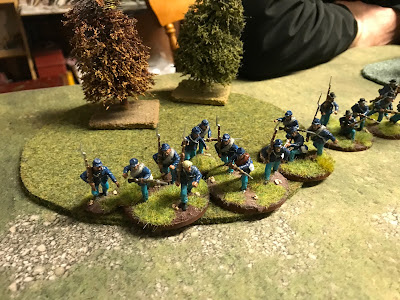 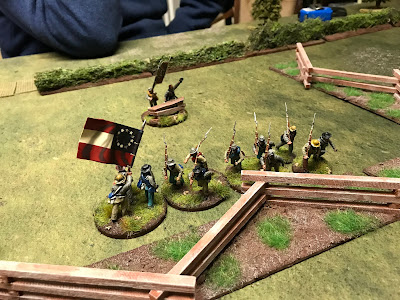 The Union command was sluggish in this game so there were several rounds of preparatory fire before the general advance was sounded. This enabled the Rebs to pull back without much pressure but with casualties and the loss of their gun. 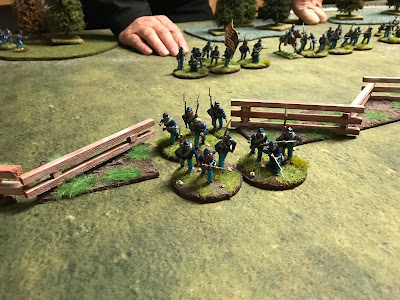 The Union troops mustered for an attack and them pushed across the line. charging into combat on the west flank. Both sides ended with units on the road but with the Rebs losing more troops. 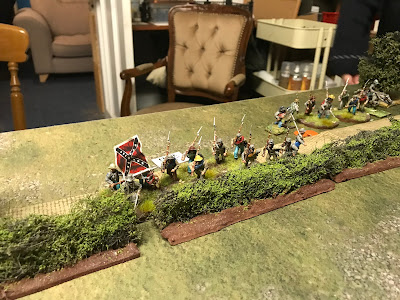 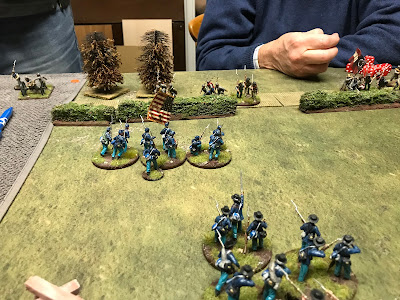 In this game the Union were defending for a change, with both sides spreading out across the table with massed infantry. The Federals looked to hold the initial position. 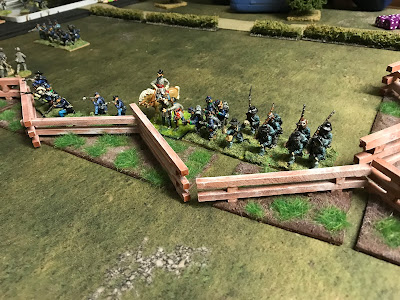 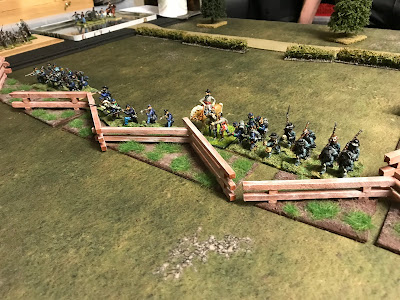 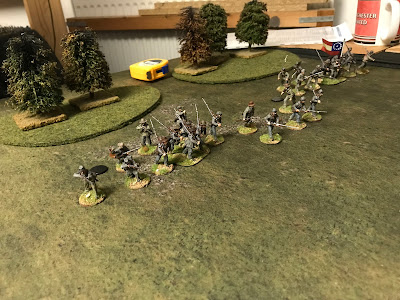 This worked for a while until the Rebs Native unit burst through and caused the main line to withdraw to the safety of the road. Harried by Confederates the Unio fell back and for a while the Rebs indulged in some shooting hoping to prevent the Union scoring for units on the road. Eventually though they pressed into the wood and ended the game. 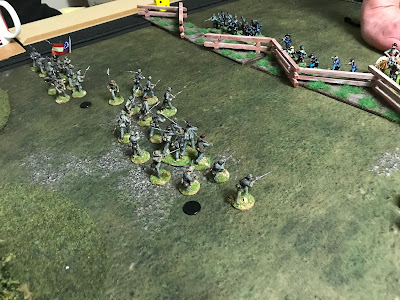 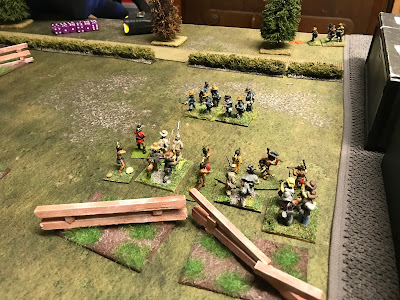 With five games played the results so far are