Another interesting scenario this week as both sides rush up opposite sides of a river looking to secure a bridge. The defender has a smaller force but starts with some troops guarding the bridge. 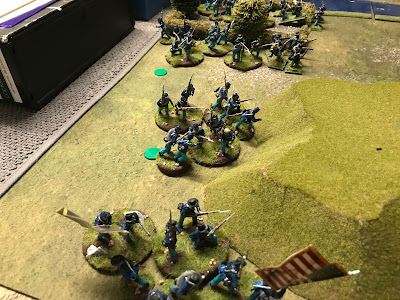 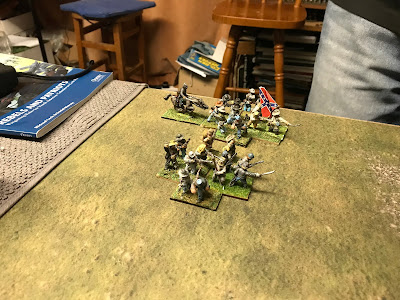 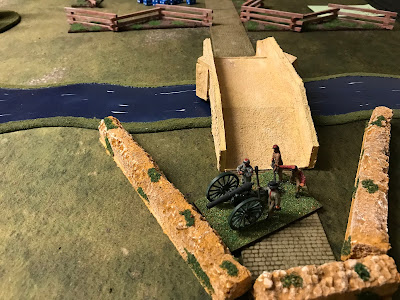 The Union company advanced rapidly with their skirmishers coming quickly in range of the gun. This was soon dispatched with a few turns of fire. The Confederate reinforcements were clearly confused as to their orders as they spent several turns inactive before finally making progress towards to bridge. 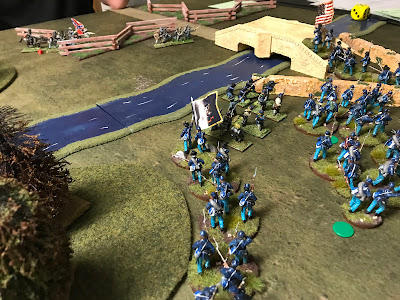 Sadly for them it was too late and the Union stormed over the bridge to a maximum points win before they were halfway to the bridge. 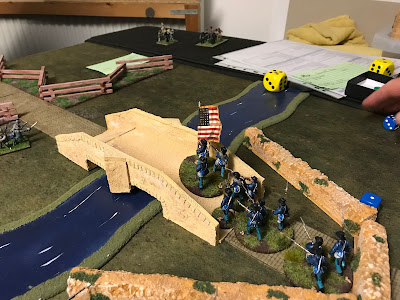 The Union again attacked and went for the same forces as the first game. The defenders went for a larger force with some line defending the bridge, some artillery in their deployment zone, and a mixed force of natives / line looking to reinforce the bridge. 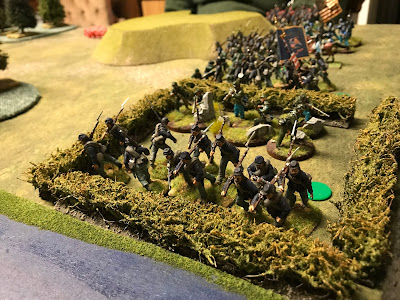 Both sides advanced smartly towards the bridge although the Union suffered some delays in massing their forces. 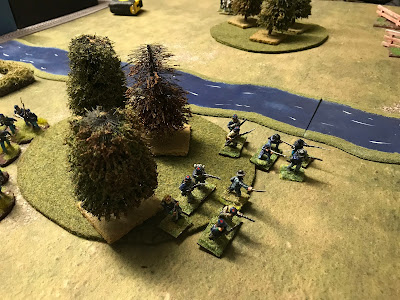 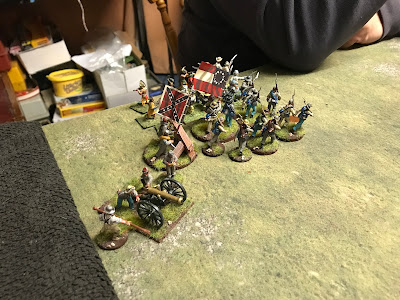 The Confederate gun had a mixed game - initially damaging some federal troops it spent the mid-game unable to fire or lacking targets. Once in position the attackers spent several turns softening-up the defenders and preparing for an attack. 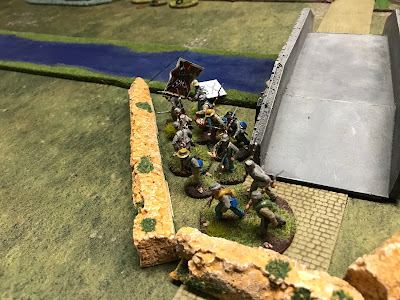 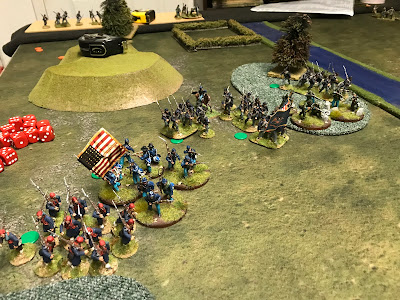 With the Rebs reinforcements rapidly approaching the bridge the Federals launched an assault that sent the defenders reeling back from their trenches and then a volley routed them completely. The natives attempted to counter-attack but were also pushed-back by accurate fire.
The game ended with the Union occupying the trenches and having caused heavy damage to the Confederates. They had however been unable to cross the bridge before time ran out and so honours were split. 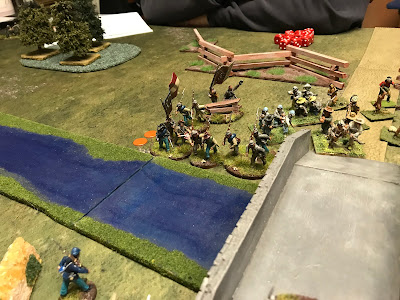 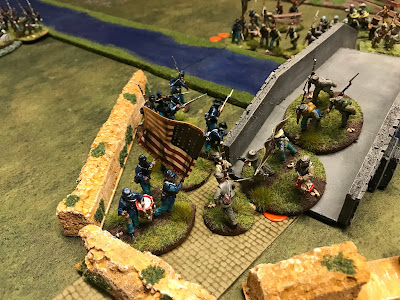