Shadow of the Eagles - battle of Cliché Ridge

I'm naming this Cliché Ridge as it contains all the elements so beloved of wargamers; Rifles in the woods, Brits defending a crest, Prussians marching to the rescue, the Old Guard and French Lancers (I've no Polish to hand). Its another from the CS Grant book.

The British are holding a forward defensive position on a ridge awaiting their Prussian allies. Rifles hold the woods and some Hussars cover the opposite flank. 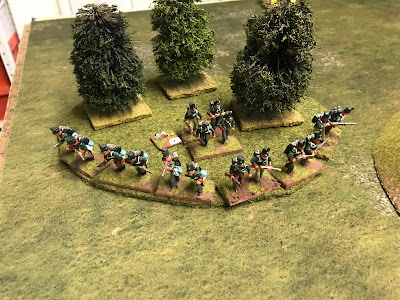 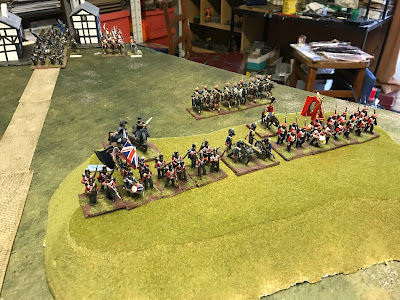 To add a little additional colour I've some Hanoverians instead of one of the British units. The Prussians are on the road in column with some British Dragoons for company. 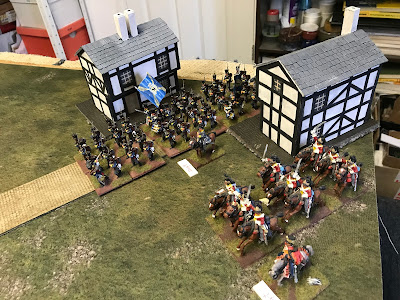 The French deployed in a shallow arc, with the Guard in the centre looking to storm the largest hill. The cavalry were on the right looking to work their way around the top of the hill. 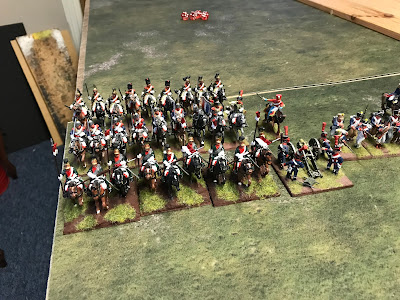 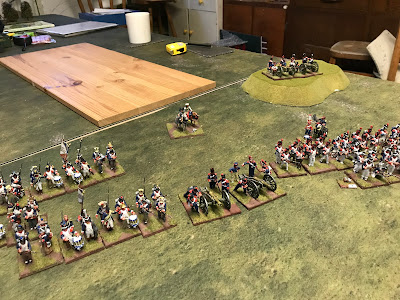 The game began with the British pulling back over the ridge and setting a trap for the French horse should they choose to advance down the flank.
The French decided not to take the bait, although this did risk them taking long range fire from a square positioned to  protect the left flank of the British line. Instead they focused on pushing the columns up to try and take the ridge-line unopposed. Guns were positioned to deter the British from hopping back over the crest. 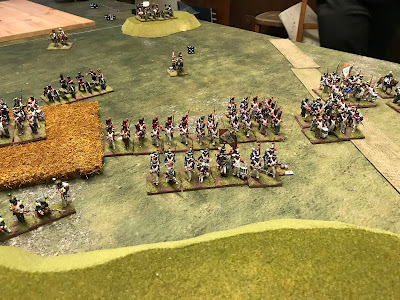 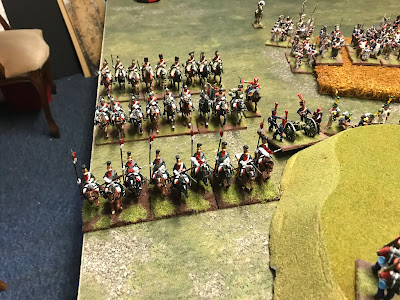 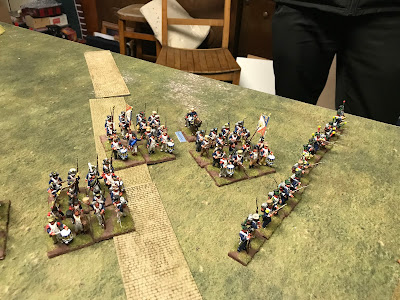 Although mostly safe, this British deployment did leave the square holding the flank in an advanced position  and so exposed to fire from the horse artillery brought up in support of the cavalry. As casualties began to grow the French opted for a bold move, pushing the Lancers across the front of the square to threaten the flank of a unit just behind the create.  It was a gamble but did push the Brits back off the hill entirely. 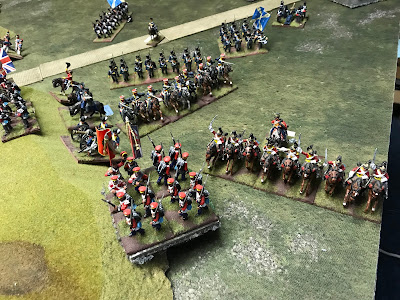 This led to the French being able to capture the ridge largely unopposed and then push over the top and down the road into the waiting Prussians. The Fire from the British and Prussians was somewhat substandard and they were quickly beaten in a vicious melee.  So a win for France. 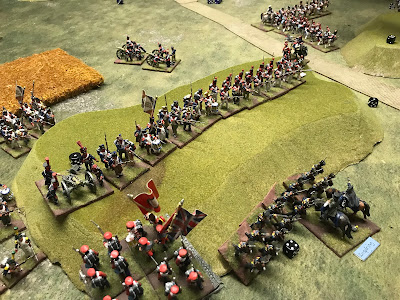 The game was actually concluded pretty quickly with the French taking the ridge in about 2 hours play. The key decision was perhaps for the British not to hold the ridge but fall back to avoid artillery fire from the French. Could they have risked staying put and tried to disrupt the French advance?