After over a year of painting my lock-down 3 project is finally done with the completion of the final two units for the Sudan - some Ansar and a Beja command stand. 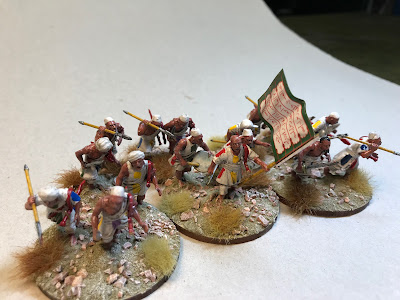 We'll be playing The Men Who Would Be Kings and plan to start in early June. I've done enough for 2 players a side to pit the Mahdists vs British / Egyptians.  The campaign will feature postings to the Sudan or NWF to accommodate all 9 players available. 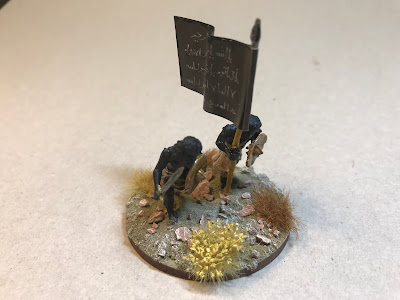 As always done is never done so I might add some Camel Corps in the future, which means more Mahdists, which are quick to paint so its not too much of a pain.