I've tweaked it for SOTE play and expanded the game as we would be two a side, by adding some reinforcements for the defender. On the day we changed the forces to French vs Swedes / British as some people wanted to use some figures they had. 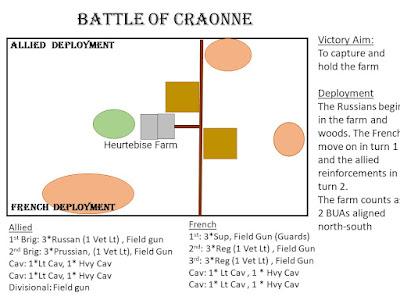 The French deployed with the infantry pointed straight at the farm, the Guards on the more open western edge in case the Swedes pushed their cavalry to that side.  The French cavalry massed in the east ready to sweep around into the rear. 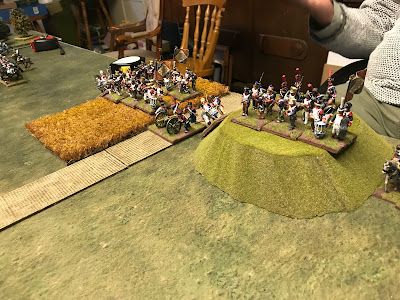 In this version the British were holding the farm with 2 battalions in the building and a battalion in cover on either side. The Swedes were marching on from Turn 2, with their cavalry on the west opposite the Guard. 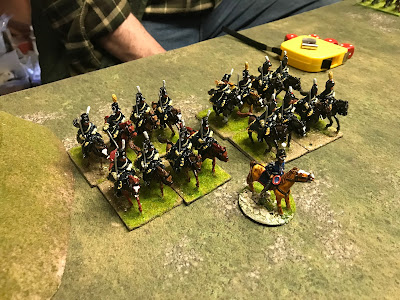 The assault began with a rapid advance from the French cavalry and a more cautious push from the infantry as they sought to soften up the defenders of the farm. 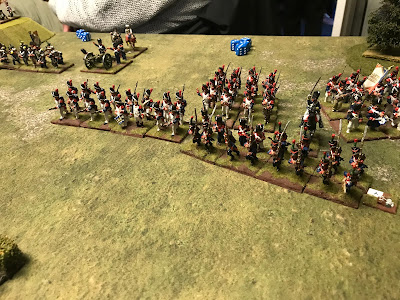 The French heavies made rapid progress and had the intended effect of forcing the Swedes to slow their march and deploy forces to face the attackers. 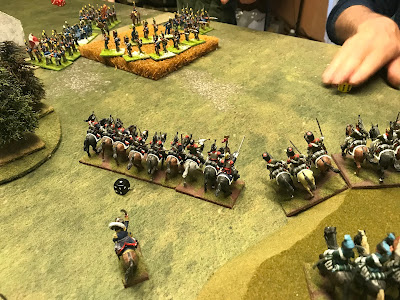 Over on the west flank the Swedish cavalry moved forward but got a bit too close to the Guards and took some fire causing a few crucial hits.  This meant that when they charged the Guard were able to volley them to a halt and then eventually drive them away. 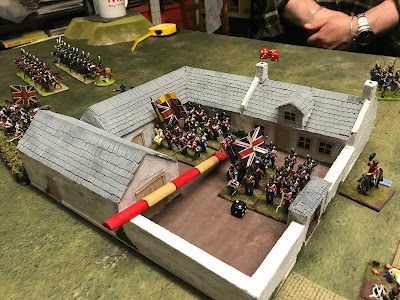 With the Swedes halted the French threw their columns into the farm to capture it. Initially they were held but numbers and quality told with half the farm falling to the Guards after two rounds of combat. The reinforcements were pinned by French horse and so a further turn later the whole farm fell. 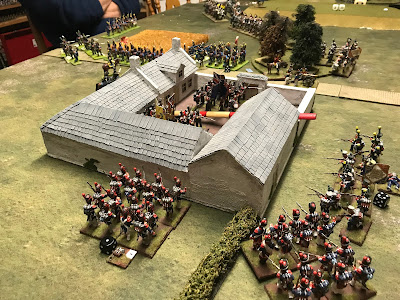 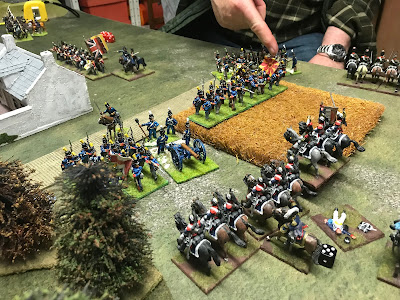 In the end the French plan worked very well and the Swedes were unable to influence the battle. The key choice was the place the Swedish cavalry on the western flank, hoping to slow the Guards. It may have been better to have faced down the French horse in the east - they would have lost but could have bought several turns for the infantry to make it to the farm.